ONE: KINGS OF COURAGE PRESS CONFERENCE HELD ON 18 JAN IN JAKARTA 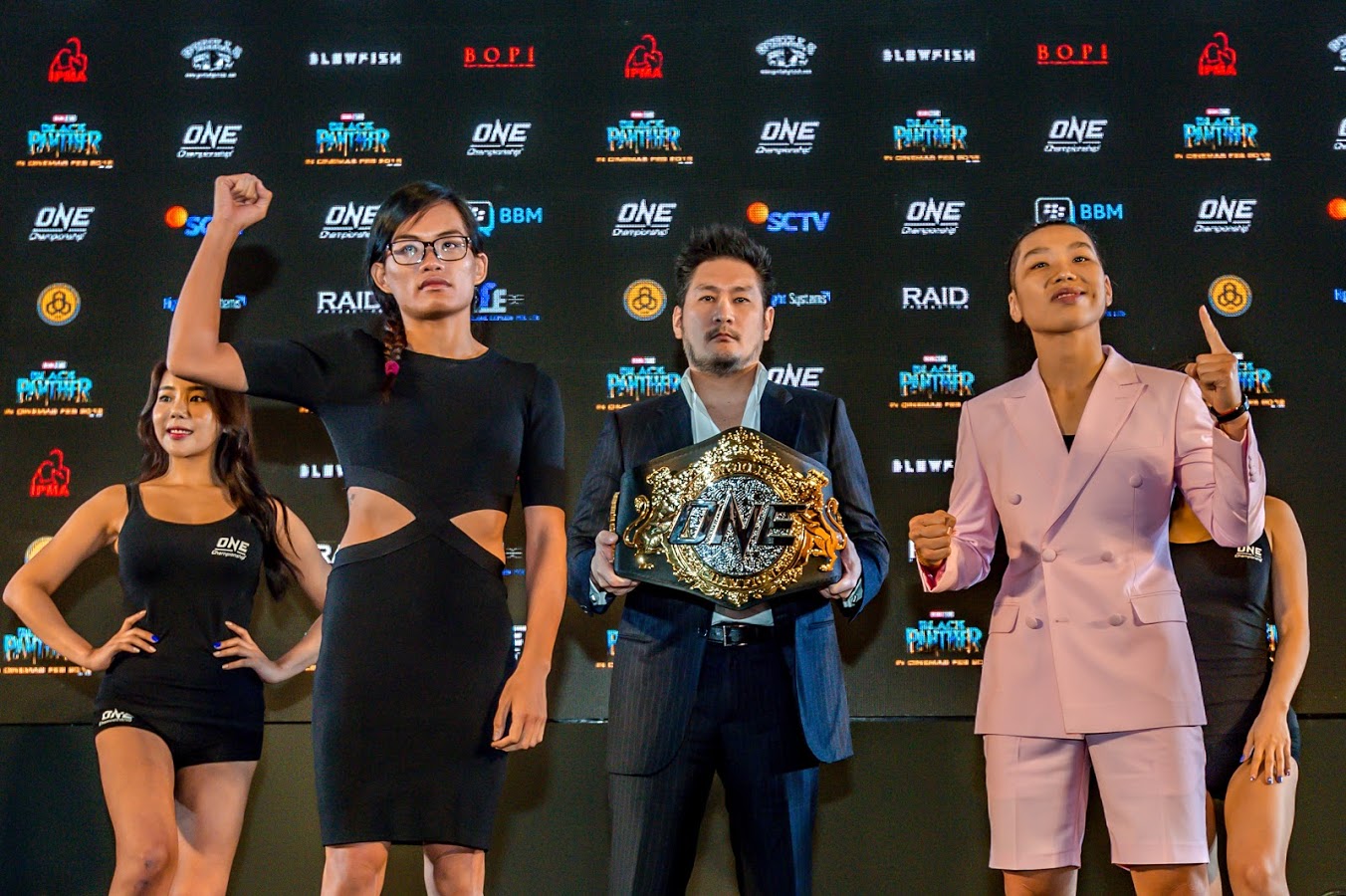 ONE Championship™ (ONE), recently held a press conference on 18 January at the Fairmont Hotel to kick off ONE: KINGS OF COURAGE which is set for the Jakarta Convention Center on 20 January. In attendance were main event competitors Tiffany “No Chill” Teo of Singapore and “The Panda” Xiong Jing Nan of China, co-main event proponents Stefer Rahardian of Indonesia and Muhammad Imran of Pakistan, and lastly, “The Terminator” Sunoto who will be taking on Rin Saroth.

Tiffany Teo, ONE World Title Challenger, stated: “It takes a lot of hard work to get to this level and have a chance to become world champion. The sacrifices we have to make as martial artists, it’s tough. I have to remain humble and grounded, and continue to grind everyday if I want to reach my dreams. I’ve focused on my striking for this bout because I know Xiong has a really aggressive style. This is so I can be more comfortable when she puts the pressure on me during the bout. On Saturday night, I’ll get the chance to make my country proud and I am ready to seize the moment and become champion.”

Xiong Jing Nan, ONE World Title Challenger, stated: “More than anything, I just want to make my parents proud. Everytime I win a match, they are really happy. I want to also make the Chinese people proud and prove that we have the ability to be the best in anything we do. I love challenges, and I want to be known as the best in my craft. So I am constantly challenging myself. I want my career to be about giving hope to the Chinese people. I would like to thank ONE Championship for the opportunity. I will do my best in the cage.”

Stefer Rahardian, ONE Athlete, stated: “Everyday I am training, working on improving my skills and becoming a better martial artist. I am working very hard so that I can win this bout and continue to make my friends, my family, and my country proud. This is an important contest for me, to prove I am ready for the bigger bouts, and that I am ready for the next level of competition.”

Muhammad Imran, ONE Athlete, stated: “I have always believed in hard work and honesty. When you put your heart into something, you can be successful. I am working very hard to better my skills so that I can improve as a martial artist. Stefer Rahardian is a tough opponent, and a really great grappler, the best so far that I will face. I am prepared to go wherever the bout takes us.”

Sunoto, ONE Athlete, stated: “I just want to keep competing. I feel that I am ready for whatever happens in the cage. I’m looking to stand-up and further test my striking, so fans should expect an exciting matchup. I have been training non-stop and I feel like this is my year. Whenever I step into the cage, I feel like a superstar, the fans really help push me. I love the Indonesian fans and I want to make them proud.”

Rin Saroth, ONE Athlete, stated: “This is going to be an action-packed bout from start to finish. I would love to trade strikes against Sunoto and beat him in front of his hometown crowd. Most of all, I am doing this because this is what I love. In martial arts, you always want to test yourself against the best and Sunoto is a great veteran that I can test my skills with. Thank you for the opportunity.”

Tiffany “No Chill” Teo of Singapore is a rising female martial arts star who competes in ONE Championship’s women’s strawweight division. She holds an unblemished professional record of seven wins and no losses, including three submissions and two knockouts. Teo began training in taekwondo before moving on to compete in boxing and Muay Thai and eventually transitioning to the ONE Championship cage. In her last bout, Teo impressed with a quick submission victory over Puja Tomar. Up next, Teo will take on Xiong Jing Nan for the inaugural ONE Women’s Strawweight World Championship.

“The Panda” Xiong Jing Nan of Shandong is a female strawweight contender in ONE Championship. She is known as one of the top three leading female martial arts talents in China. With a professional record of 13-1, Xiong began her career competing in professional boxing and was inspired by her father, who imparted in her values of courage and integrity. Featuring a wide array of skills, Xiong recently bagged a gold medal at the prestigious China Open Brazilian jiu-jitsu tournament in 2017. In her last bout, Xiong made quick work of Filipino wushu specialist April Osenio, finishing her opponent via technical knockout in the first round. Up next, Xiong will take on Tiffany Teo for the inaugural ONE Women’s Strawweight World Championship.

Top Indonesian martial arts talent Stefer Rahardian impressed in his ONE Championship debut by winning the ONE: TITLES & TITANS Flyweight Tournament in August of 2016. Rahardian finished both Yotha Hutagalung and Hendrick Wijaya by first round rear-naked choke to become the tournament winner. Since then, Rahardian has blazed a trail in the ONE Championship cage, winning three additional bouts to cap an amazing run as a professional. In his last outing, Rahardian outperformed Cambodia’s Sim Bunsrun to win by impressive first-round submission. Still unbeaten, Rahardian puts his perfect record on the line against Muhammad Imran in a ONE Flyweight World Championship title eliminator.

Muhammad “The Spider” Imran of Gujar Khan, Pakistan is a martial artist making his ONE Championship debut. He is the former PFC Strawweight Champion who specializes in budokai karate and grappling. The 26-year-old is looking to make a solid impact at flyweight, challenging one of the top talents in the division in his first appearance for the promotion. In his next outing, Imran is set to battle Indonesia’s Stefer Rahardian for the right to challenge for the ONE Flyweight World Championship.

Indonesian martial arts veteran “The Terminator” Sunoto is a ONE Championship bantamweight and a former WKF Indonesia Champion. Representing IndoGym and Team Phantom, Sunoto features a style that combines elements of kickboxing, karate, and jiu-jitsu. With a penchant for scoring spectacular finishes, four of Sunoto’s six victories have ended before the final bell. The 32-year-old is known as an aggressive warrior who never backs down from a challenge. His next bout will be against Rin Saroth.

24-year-old Rin Saroth is a martial artist from Phnom Penh, Cambodia and a former WK 3 Featherweight Tournament Finalist with a khun khmer record of 110-22-0. He made his ONE Championship debut in December of 2015 at ONE: KINGDOM OF KHMER, winning by first-round armbar submission over Mission Ali. Saroth is now ready to return to the ONE Championship cage. He will face Indonesia’s Sunoto in his first bout back.

Photos of the ONE: KINGS OF COURAGE Press Conference 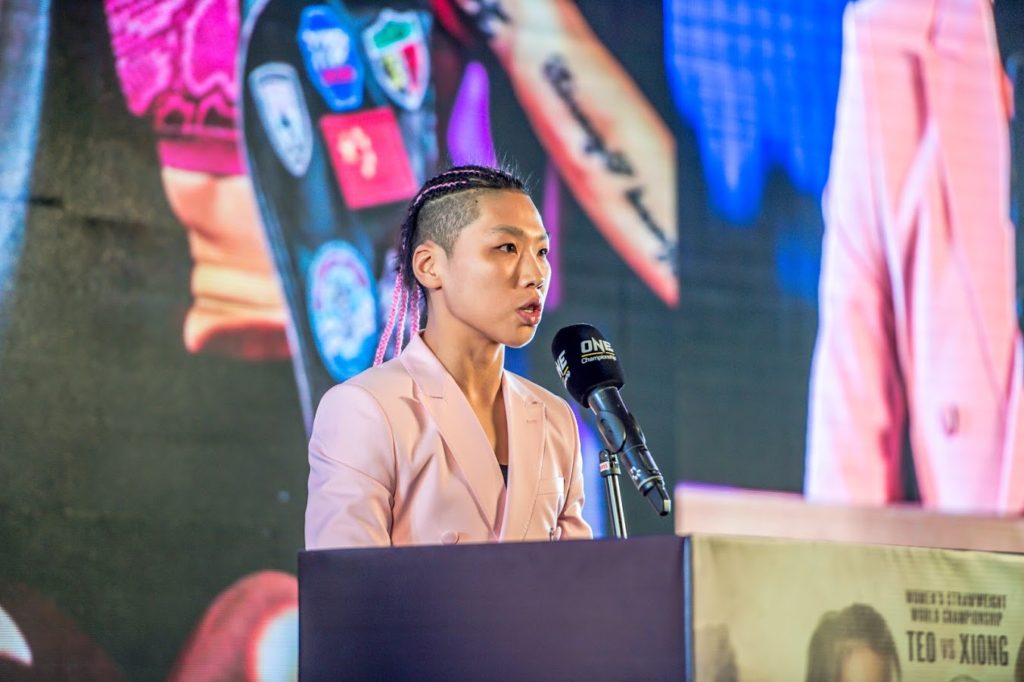 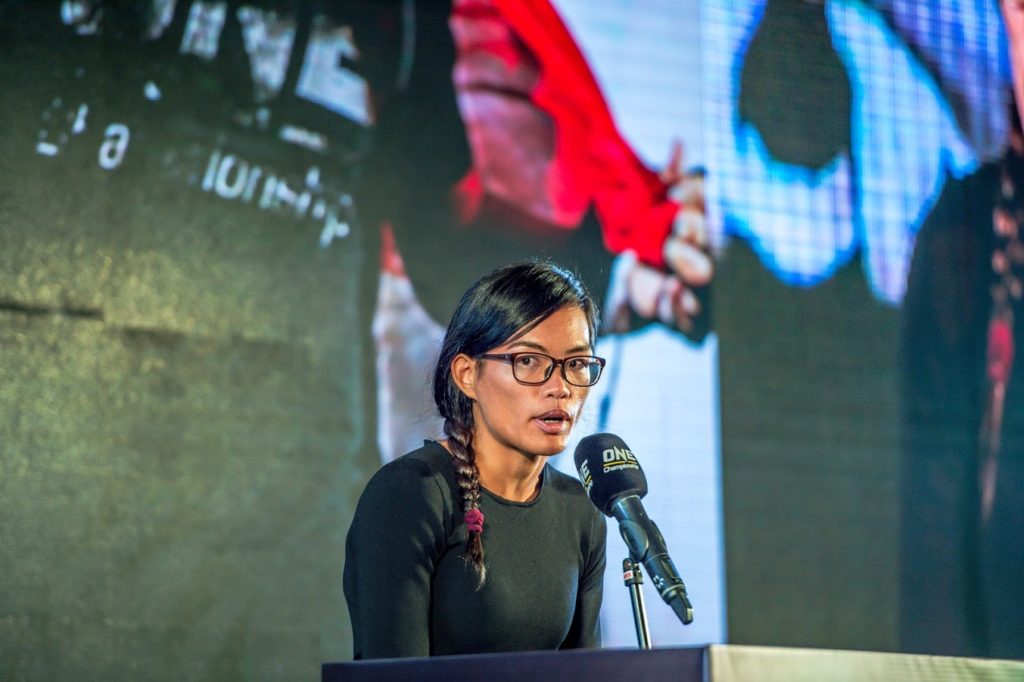 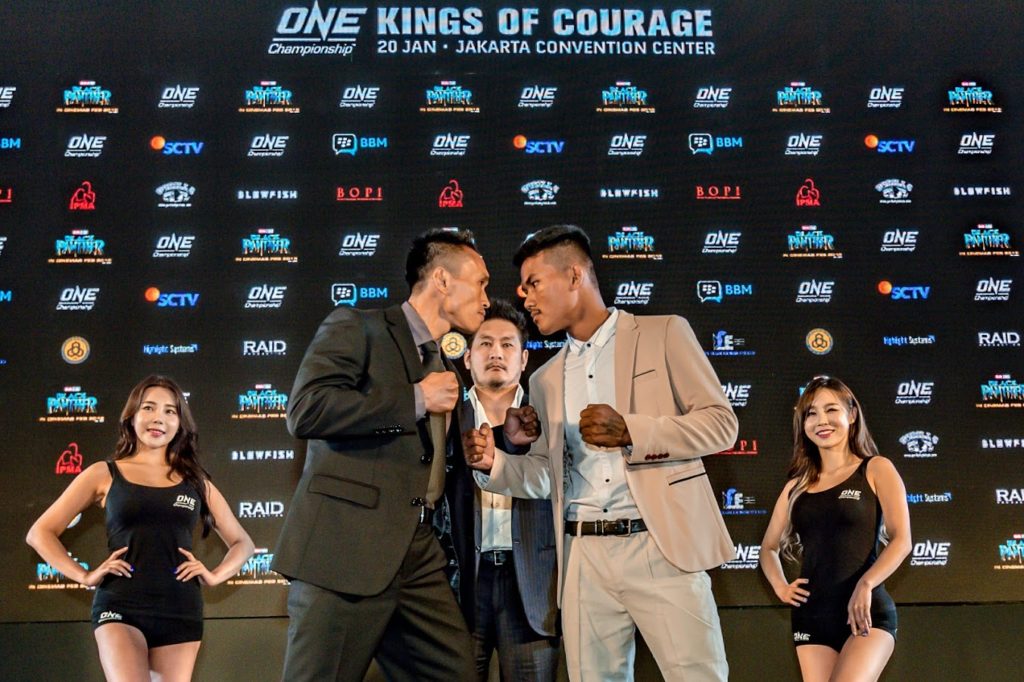 Previous articleThe Curse of the Heavyweight Championship
Next articleDaniel Cormier on Arjan Bhullar: He’s actually much more advanced in the stand up than i was at that point’