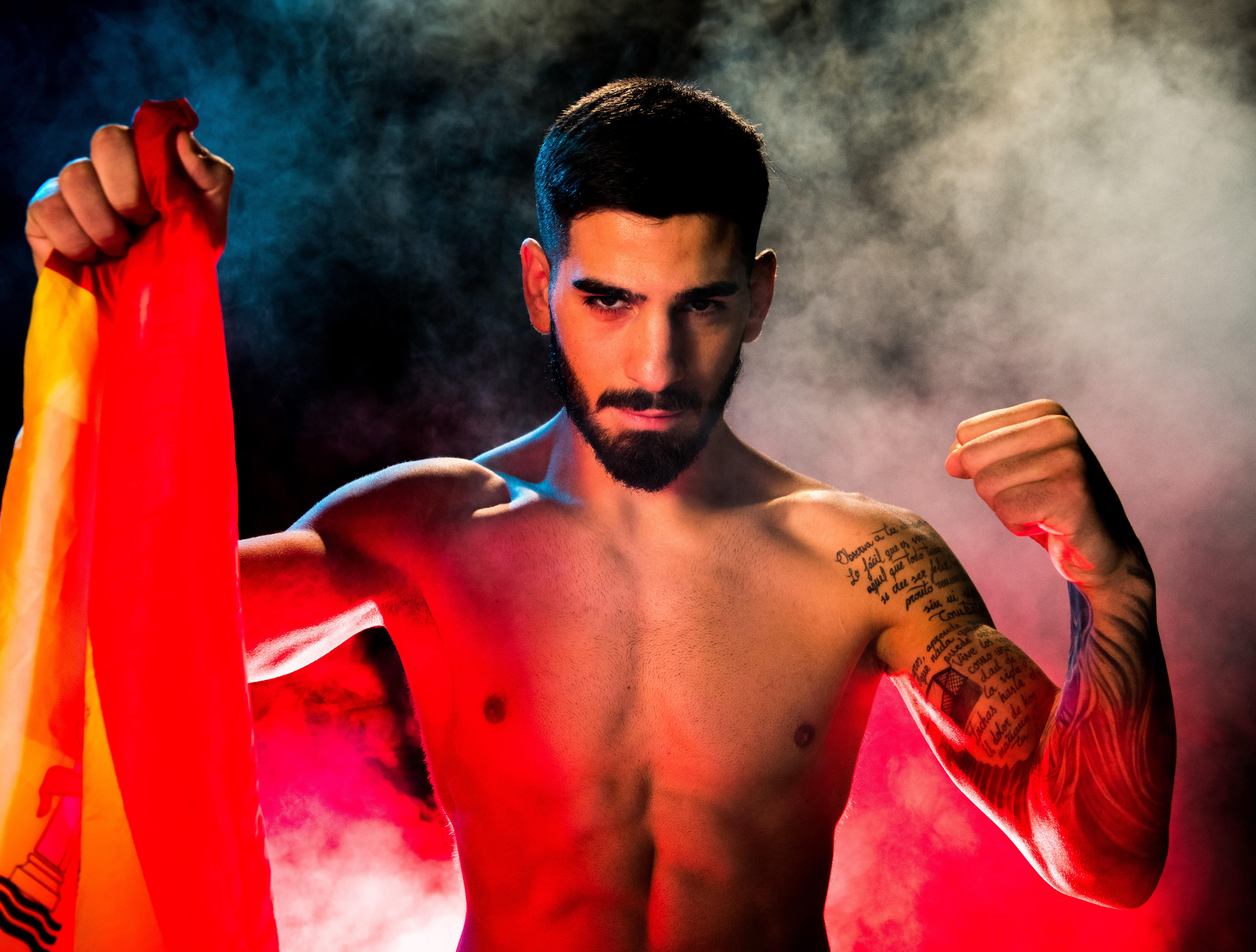 One of Europe’s finest prospects in mixed martial arts, Ilia Topuria has built a perfect record so far in his career. With two BRAVE CF victories under his belt, the Spaniard has turned his pro record into 8-0 and feels ready for the next step – a title shot for the fastest-growing MMA organization in the world.

Aside from maintaining his perfect record and raising his profile whilst with BRAVE CF, Topuria has also developed a fierce rivalry with Brazil’s Gabriel “Fly” Miranda, a fellow Featherweight contender. During his appearance at BRAVE CF Live Chats on Instagram, Ilia revealed the beginning of the feud and ripped his nemesis.

“Well, he says the rivalry started in Colombia, but to me, it started two hours before my fight in Bahrain, a couple of months later. I was getting ready to warm up to face (Steven) Gonçalves when I got a notification on my phone. Gabriel had tagged me in an Instagram story and mentioned his friends that fought at BRAVE CF 29. He also mentioned me with a chicken emoji”, said Topuria, who went as far as saying Gabriel lacked “guts”.
“Right away I said it was easy for him to talk all the way from Brazil, but he didn’t say anything when we were in the same training room in Colombia. He doesn’t have the guts to talk to me in person and I said he would just have to watch me like a fanboy”, completed Topuria, who went on to score a violent KO victory over South Africa’s Steven Gonçalves.
While the rivalry with his Brazilian counterpart deepens, Ilia dreams that an eventual match-up for the title against Gabriel takes place in his home country of Spain. BRAVE CF has long advocated that Europe is essential to the development of MMA, and the Climent Club product insists Spain is a perfect place to further BRAVE CF in the continent once the Coronavirus crisis is over.
“It would be fantastic to welcome BRAVE CF to Spain. We have a lot of great fighters here who would benefit from BRAVE CF coming here. I believe it is time to bring an event of BRAVE CF’s size and magnitude to Spain. We need a show of this caliber here. It would be incredible for the fans, and for me. It would be my pleasure to fight for my people and in front of my people”.