Oscar De La Hoya, are you listening? Vitor Belfort hinting at another fight against Chuck Liddell 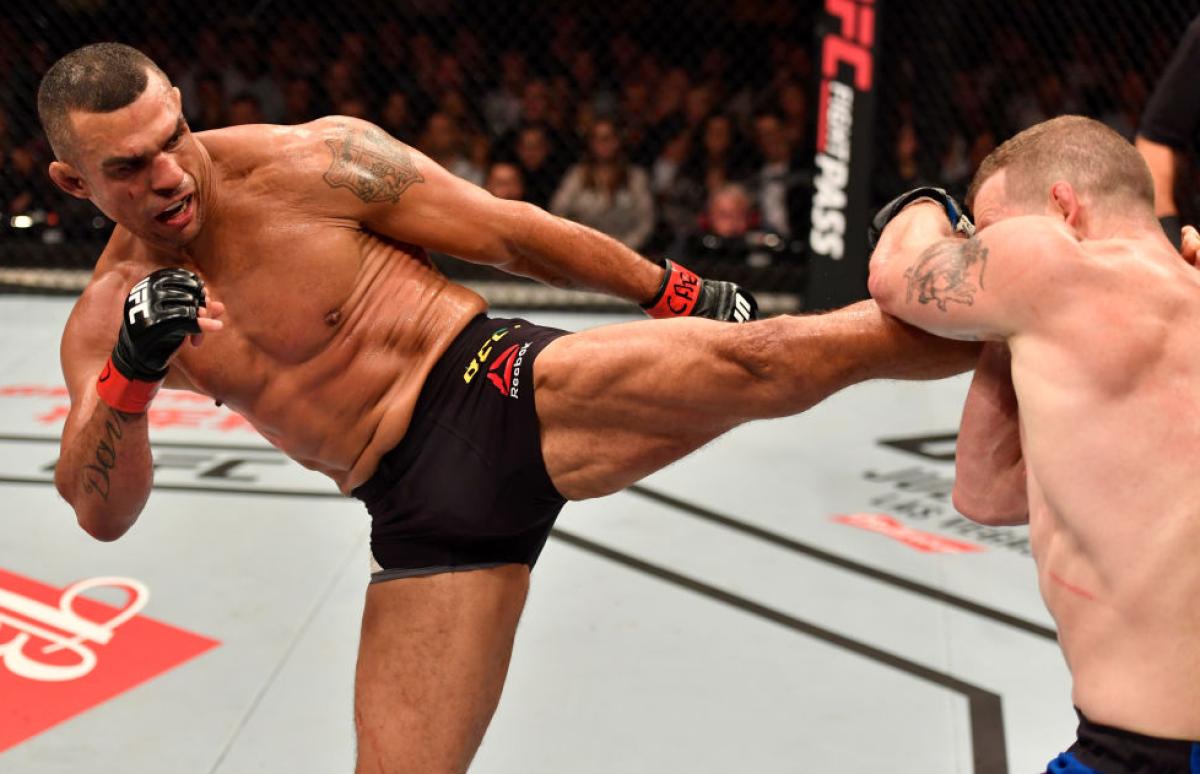 Chuck Liddell better is ready. An old opponent wants another shot at the former UFC Light Heavyweight Champion. For the first time since he announced his retirement at UFC 224, following a loss to Lyoto Machida, Vitor Belfort has hinted at the possibility of a return to the UFC, with Liddell the focus of his attention.

Back in 2002, when Liddell was in the form of his life, and Belfort was on a winning streak, the two fighters came head to head at UFC 37.5: As Real As It Gets. The duo headlined the event on that occasion and fought in a bout that would go on to a decision. Liddell emerged as the winner, while Belfort secured a loss via unanimous decision, a decision he disputes to this day.

April of 2018 was a significant month for hardcore Mixed Martial Arts fans.  In April, Liddell announced that he was coming out of retirement for the first time since 2010. He is now set to face Tito Ortiz for the third time at Oscar De La Hoya’s Golden Boy Promotions on the 24th of November, 2018.

Now, seemingly putting his May 2018 retirement aside, Vitor Belfort took to Instagram to claim that he had beaten Chuck Liddell when the pair had faced each other. He continued to say that Liddel had been lucky to be managed by ‘the boss’ Dana White.

This appears to be a clear hint at Belfort wanting a rematch against Liddell. At this point, Oscar De La Hoya better take note. His promotion might be hosting another Liddel v/s Belfort encounter, even though he possibly does not know it yet.

Previous articleConor McGregor gives round by round breakdown of Khabib fight. And vows to be back stronger
Next articleCarlos Condit ripped and ready for UFC 232