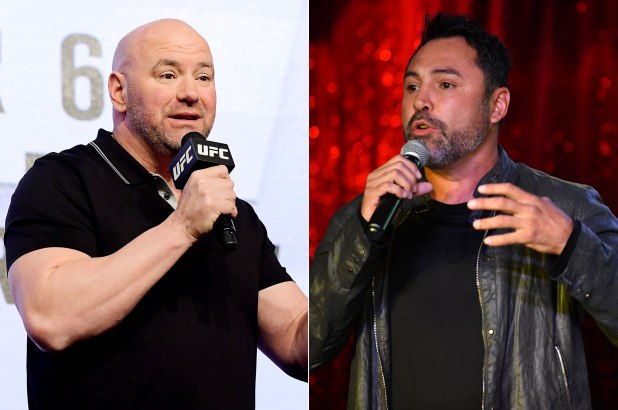 Tito Ortiz was finally able to get his revenge after a long wait of 14 years as he beat Chuck Liddell last Saturday at the Forum in Los Angeles. This fight was a trilogy promoted by Golden Boy’s Oscar De La Hoya of Chuck and Tito’s classic fights which took place back in 2004 and 2006. Both of which were won by Chuck Liddell.

UFC president Dana White was also watching as Tito Ortiz scored a first-round knockout of Chuck Liddell in the first Golden Boy MMA fight. Liddell came into the cage after a long wait of eight years and it ended very brutally for him. White was however not happy with the fight and he went on a 10-minute rant where he labelled Oscar De La Hoya a cokehead. 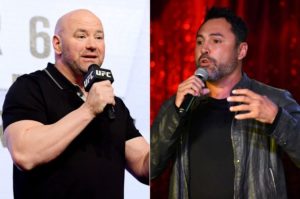 Six-division world champion Oscar De La Hoya has now fired back and has issued a statement:

“Dana is so small and threatened by our success with and now in MMA that he is bringing up news from a decade ago to try to stay relevant,” De La Hoya said, according to a statement, sent by Stefan Friedman. “Boxing has entirely rejected him. And MMA fighters are now realizing they don’t have to risk their lives just so he can get rich.

“Golden Boy and I are moving forward and are bigger than ever. Dana should shut the (expletive) up and try to figure out how to save his own company.”

Golden Boy Promotions was wildly criticized by fans around the world for making this fight.