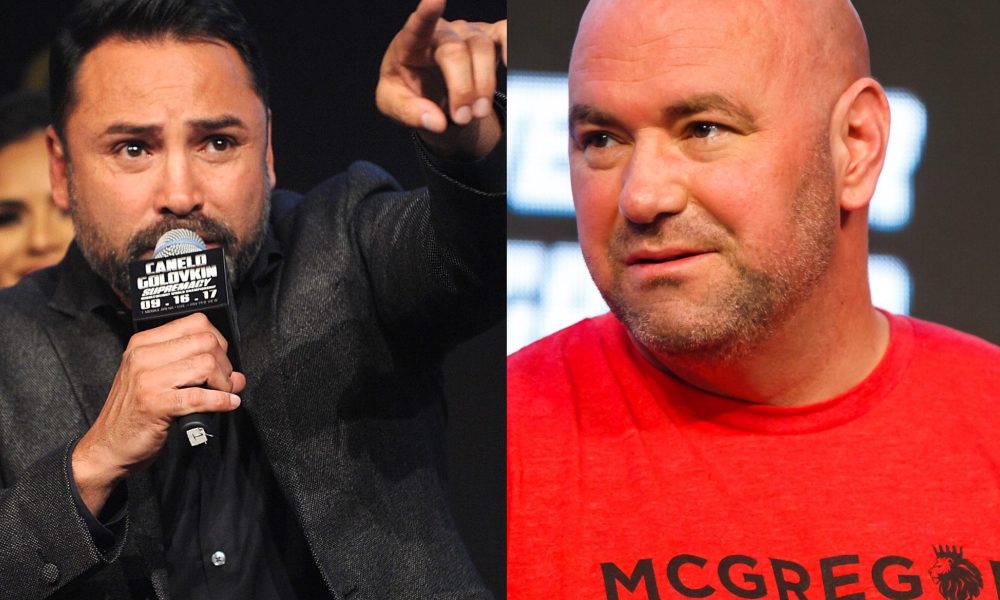 It looks like the feud between CEO of Golden Boy Promotions and boxing legend Oscar De La Hoya and Ultimate Fighting Championship president Dana White isn’t ending anytime soon. It all started after Oscar made a trilogy fight between Tito Ortiz and Chuck Liddell and it ended up with Liddell getting knocked out in the first round.

Although, Oscar also criticised Dana White for paying UFC fighters less money and said that he has 50-60 fighters calling him and said that they want to join Golden Boy Promotions. 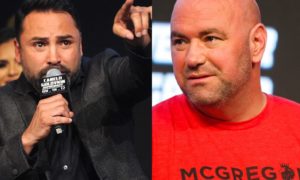 But now all hell has broken loose as it looks like the boxing legend Oscar is not interested in a verbal war of words anymore as he has challenged Dana to a three-round boxing match on Cinco De Mayo.

In a fight between @OscarDeLaHoya and @danawhite, who you got?

On air today with @lthomasnews, the Golden Boy challenged the UFC president to a fight next May.#TLTS pic.twitter.com/qvQPOQR3Iv

“Oh wait he’s never laced up a glove in his life,” De La Hoya added. “I’m sorry, I forgot about that.”
Do you think Dana White will accept this challenge?