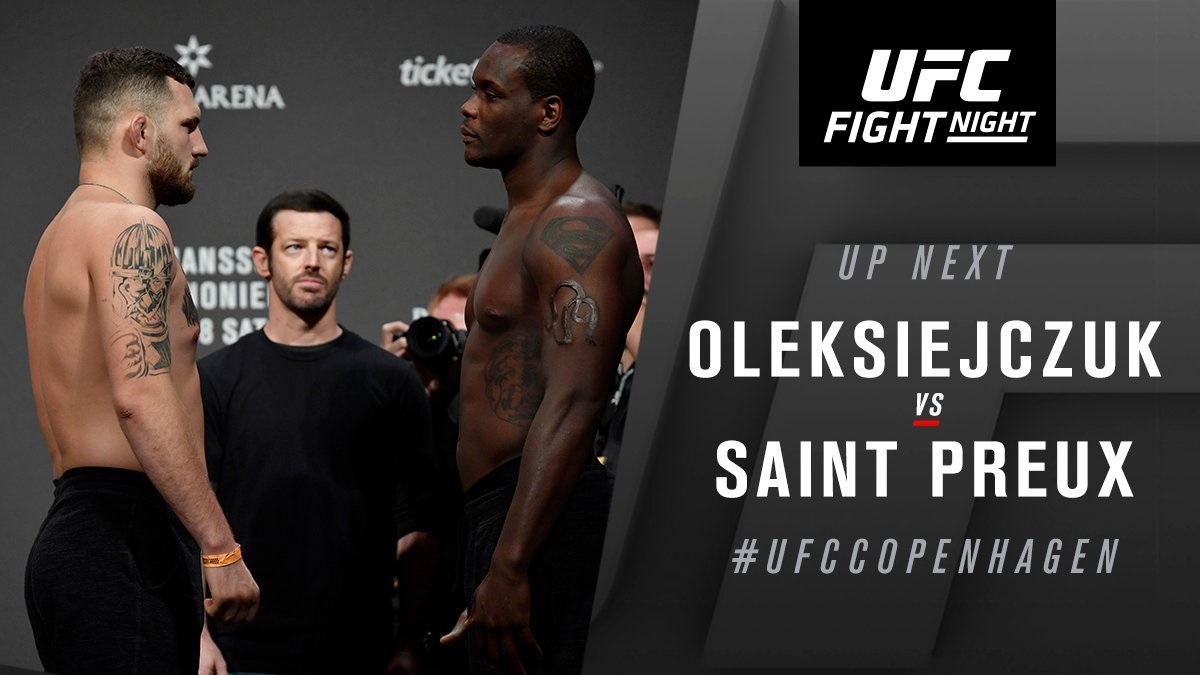 Jason Von Flue must be one happy man!

OSP scored his fourth submission win via the infamous Von Flue choke as he made Michal Oleksiejczuk tap out at 2:14 secs of the second round. But OSP had to weather the initial storm from Michal’s relentless speed and onslaught. Michal landed some nasty shots on OSP’s body and head while he continued to hunt for his chin. One of the shots sent OSP crashing to the ground but the former title challenger kept his cool and managed to come out unscathed. The aggressive pace and heavy output from the opening round caused Michal to slow down a bit in the second. OSP took advantage & went for a take down only to get caught up in a guillotine. While many might have scoffed off OSP’s ill timed take down, it was in fact a deceiving move to set up the Von Preux choke – a master strategy OSP shared with his coach during the break. This is the sixth Von Flue choke in UFC history. With this win, OSP is now back in the win column and has tied records for most finishes and submissions in UFC light heavyweight history

Body shots for Oleksiejczuk on point in round 1! #UFCCopenhagen pic.twitter.com/yT7ngNNyNK

He did it … AGAIN!@003_OSP hits the VON PREUX choke and submits Oleksiejczuk! pic.twitter.com/D8M2KWYpeD