UFC: Owen Reddy reveals exactly why we will see ‘the old Conor McGregor’ at UFC 246 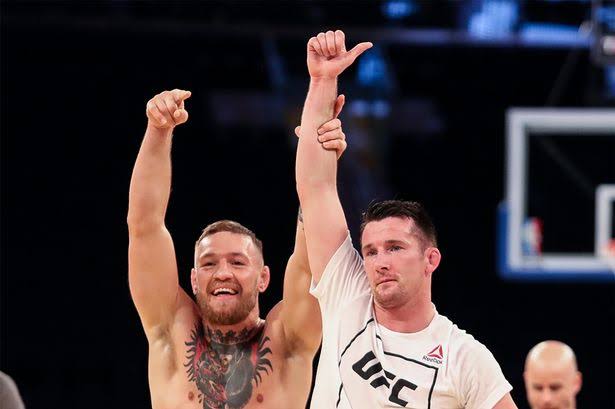 The Irish superstar is back as UFC 246 will feature the much anticipated return of former double champ ‘The Notorious’ Conor McGregor as he takes on another fan favorite Donald ‘Cowboy’ Cerrone on January 18.

Besides the fight happening at welterweight, another surprising factor associated with the fight being McGregor’s motivation to fight. Despite earning almost $100 million in his boxing superfight against legend Floyd Mayweather followed by another huge fight against champ Khabib Nurmagomedov which ended in a crushing loss, McGregor had every reason to hang his gloves. Not to forget his successful whiskey business across various countries and other sponsorships. 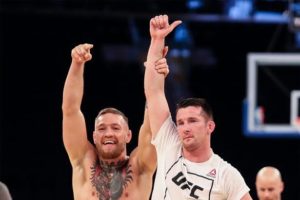 There was a minor critique as to whether McGregor still has that hunger or not. However speaking on MMA Fighting’s Eurobash podcast, McGregor’s coach Owen Roddy explained why the MMA community will witness the same hungry McGregor which they fell in love with back in 2016.

“Conor is so busy, you can’t tie him down outside camp. And I’ve got a lot on myself, I’m running the gym and I’m doing a couple of other things. When we’re not seen constantly working together people start saying – what’s going on? I’m not doing many interviews because I’m flat out and he’s doing all of his stuff as well. We’re in camp now, so it’s go time. The one thing Conor has been constantly doing is working on his strength and conditioning – he’s constantly staying in shape and he’s constantly eating clean – and you can see that straight off the bat. Now it’s time for us to execute a game plan and go in and do it on the night. I’m very excited to be back working with him, and I’m very excited that he’s back fighting in the UFC.”

The last time McGregor fought was at UFC 229 against arch rival Khabib Nurmagomedov almost 15 months ago. McGregor’s return at welterweight is indicative of him possibly fighting MMA’s recent star Jorge Masvidal or a trilogy against Nate Diaz. A rematch against Nurmagomedov isn’t off the table but McGregor will have to get a win or two under his belt first.

Cowboy on the other hand was on a tear before being reduced to a two-fight losing streak against Tony Ferguson and Justin Gaethje. However a rejuvenated Cowboy will show up at welterweight which makes the fight extremely interesting.