Pannie Kianzad: A few years ago I wouldn’t have realized how far I have come and would think I was mediocre 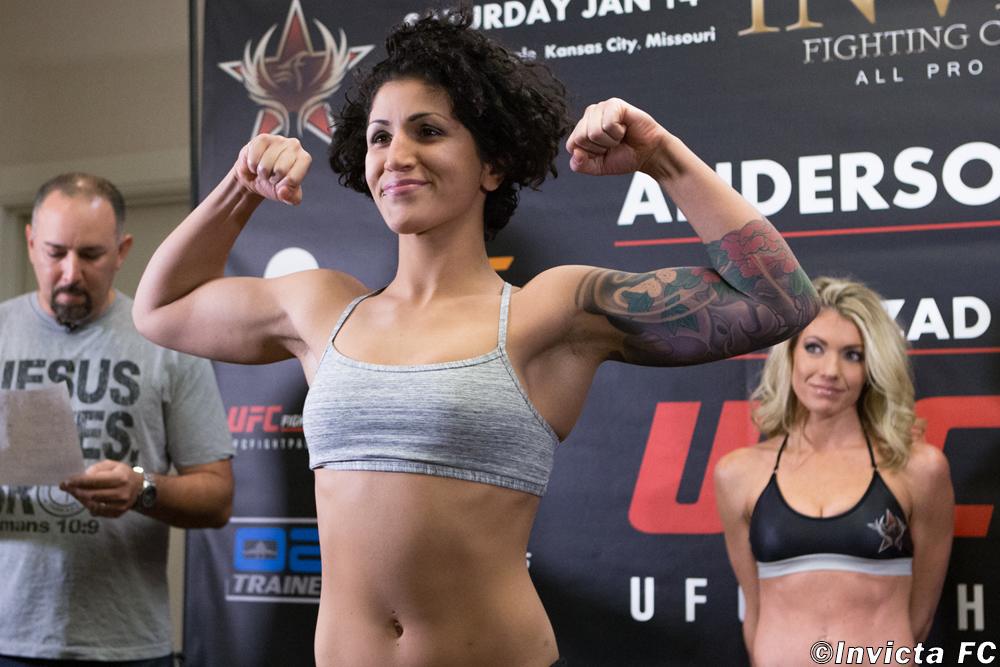 The event will be headlined by bantamweight prospect Pannie Kianzad and former/inaugural Strikeforce women bantamweight champion Sarah Kaufman. The two
will be locking horns in the Scottish Rite Temple in Kansas City,
Missouri. Ahead of her high profile match up, Kianzad took time off to
answer questions about her journey as a fighter, immigration problem
in Sweden and more.

1. When you look back and see how far have you made as an
athlete how does it feel? What do you think is your greatest
achievement? How do you manage to stay positive?

A few years ago I wouldn’t have realized how far I have come and
would think I was mediocre but the last year since my last Invicta
fight have mad energy realize how little everything else matters ,
especially what others think and feel about me , I have realized
actually what I have done in this sport , especially for Swedish
MMA. I dot even think I’m in my prime yet but I’m on the edge
and I’m much stronger than I think. My greatest achievement I
think is that I’m here and I have overcome my injuries that made
me almost think about retirement. And of course being one of the
Scandinavian that fights in the states.

2. You will be facing Sarah Kaufman in your next fight. You
consider her as one of the greatest women MMA fighter of all
time. How do you see the fight going? What are your thoughts
on her as an opponent? Do you feel this step up in competition
is the right move for you given you are on a two fight losing
streak?

As soon as they asked me it didn’t take 1 minute for me to
respond. Of course she’s a great fighter, she has fought the best,
lost and won, but I’m great as well. I am even greater than her. I
have fought tough opponents to and even though it looks to be a
tough fight it’s the same for her. I haven’t lost to nobodies my 2
losses comes to top fighters and this is a chance for me to prove
myself. During this year I had opponents turning me down, fights
not happening for all kind of reasons, and I’m not sure if I was
Invicta first pic for this fight. But if not, I feel great that I got the
fight, this is the perfect match for me and I will fly back as the
winner. I feel I have more tools, especially tools that are more
effective, I’m more versatile and smarter fighter.
I do love what I do. I manage to wake up every morning going to a
job I like and fighting makes me stay alive and I just love the fact
that it makes you so vulnerable and yet to strong.

3. You will be main-eventing the next Invicta FC card. Does the
gravity of stage affect you? What is your emotional state of as of
now?

I didn’t expect to be main event, but I don’t care, it doesn’t really
matter to me if I’m the first fight, last, blue or red corner. I will
only do my job either way that night

4. In most of your fights you are the underdog. What is your take
on this? Does the fact that people underestimate you affect you
at all?

Not sure why I’m the underdog in most of my fights. But for me
it’s not even a problem. It is an advantage. Then I won’t have any
pressure on me, I can also consider myself as one of the most
technical fighters out there

5. Women’s MMA is going through a period of many changes. You
have 4 women weight classes in the UFC. All the star fighters
have either retired or have changed direction in MMA career.

What are your thoughts on these changes? Where do you see
yourself in this changing period?

I been fighting in 145 lbs. in the beginning of my career and made
a move to 135. We will see what the future holds, I have even
considered going down a weight class, and everything depends on
what opportunities I get. Until then I’m pretty stable and
comfortable here.

At the moment I believe that Invicta’s bantamweights are
stronger than the UFC. A lot of them moved down and that’s a big
reason, I think we are seeing a new state of the bantamweights
after the signings to Invicta.

7. You have been vocal about the situation of immigrants in
Sweden. You have stated it in past interviews that people have
politicized the entire issue. Has the situation changed yet?

Nothing has changed in Sweden, it’s still has problems with the
immigration and all the political parties in Sweden are not really
agreeing on the subject.