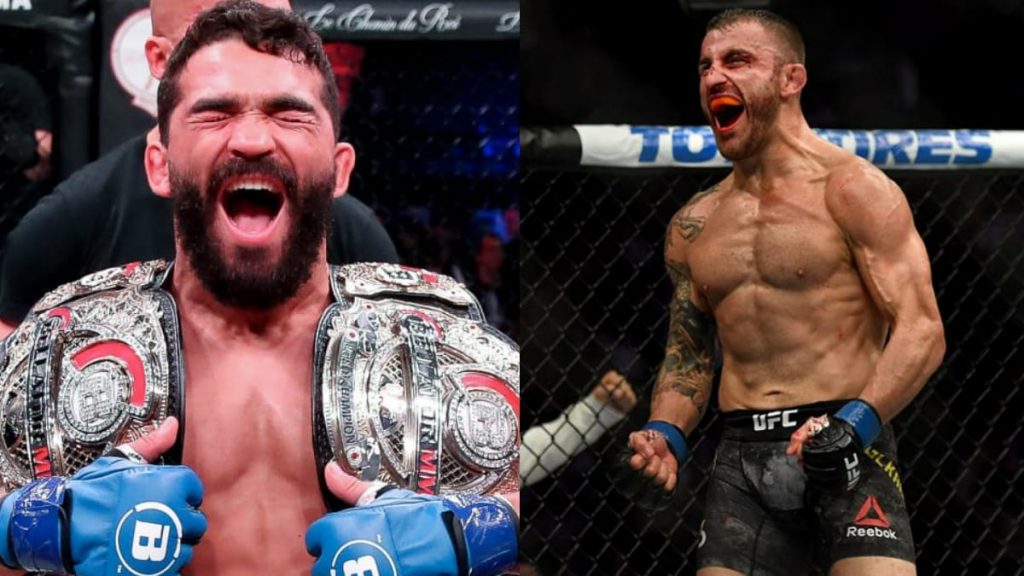 Bellator’s double champ Patricio Pitbull said he is fairly confident he will win over UFC’s Featherweight champion Alexander Volkanovski and put him to sleep in round 1. 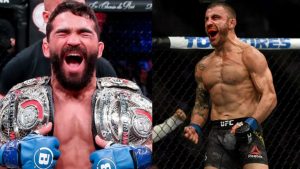 While it is typically believed that the best fighters are in the UFC, Patricio Pitbull has repeatedly put that claim to question by displaying great performances in his last few fights. The Brazillian is currently holding a record of 31-4 and is on a 6-fight win streak after he knocked out Pedro Carvalho in the first round last week.

Besides Pedro, Patricio has had impressive victories over guys like Michael Chandler, Archuleta, Emmanuel Sanchez, Henry Corrales and Daniel Weichel. This begs the question of how Pitbull would flare in the UFC, against guys like Max Holloway and Alexander Volkanovski.

I know he's right, except for me vs Volkanovski being a pick 'em. I'd sleep him in the first round. https://t.co/54eTltMNJD

“I know he’s right, except for me vs Volkanovski being a pick ’em. I’d sleep him in the first round,” Patricio tweeted.

While Alexander Volkanovski is ruling over the Featherweight division of the UFC, he has encountered some close victories in the recent past, including a controversial decision win over Max Holloway in their second fight. He has also had wins over Jose Aldo and Chad Mendes among others.

“I think there should be no doubt about me being the best featherweight in the world and in history as well. I put my belt on the line and always defending my titles. I know Jose Aldo had several title defenses but he had pulled out of several fights. He took time off in between fights and lost his belt for a long time,” Pitbull told BJPENN.com back in March. “I think I’m the most active featherweight champion MMA have seen and I’m the one who has gone through risks. So, I think I should be no doubt after this tournament is over that I am the greatest featherweight of all-time.”

Can Patricio vs Volkanovski be made?

It is unlikely that we will see a fight like this anytime soon, given the coldness between Presidents of the two promotions and the complexity in business.