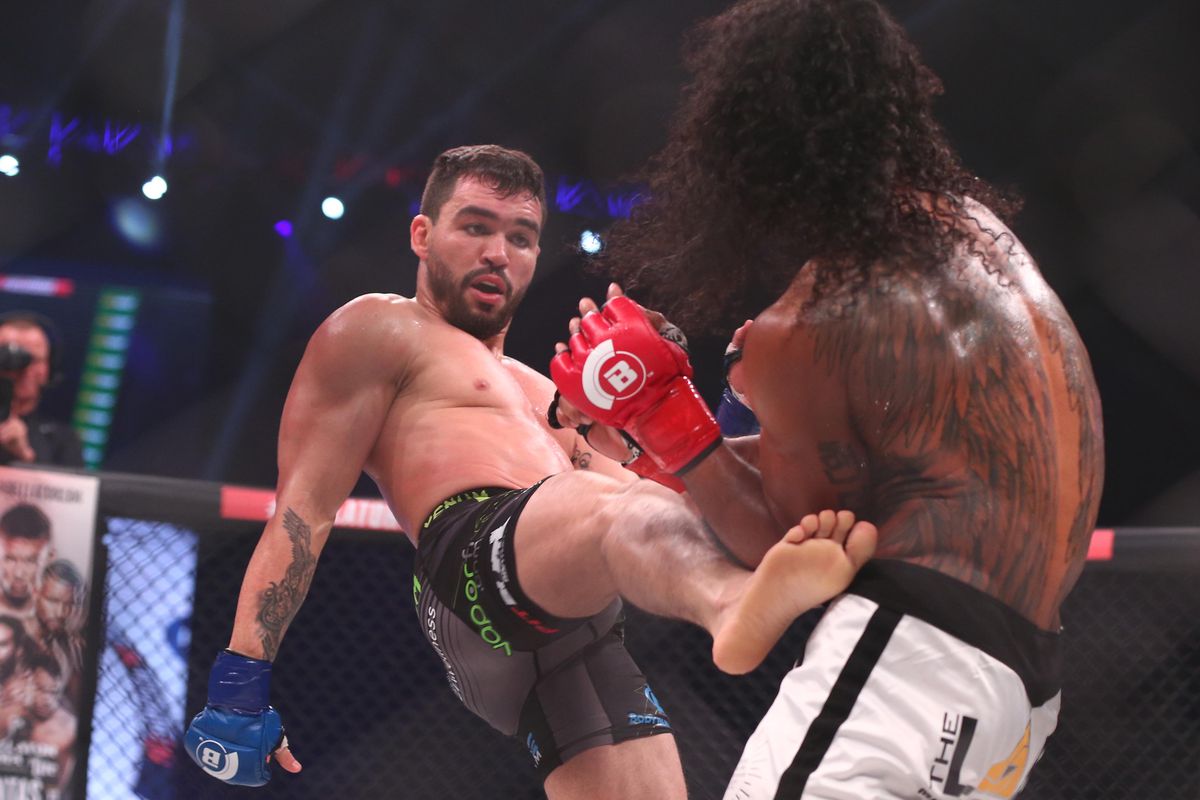 Patricky ‘Pitbull’ Freire is a man on a mission.

Bellator 194 is right around the corner, and the card boasts of some major fights with title implications. Right from Heather Hardy’s comeback to Liam McGeary’s quest to reclaiming his throne, the main card has fireworks written all over it.

The main event will see Matt Mitrione squaring up against Roy Nelson in the Bellator Heavyweight World Grand Prix Tournament quarterfinals. Both the fighters faced each other back in 2012, with Nelson finishing Matt in the first round. This time, however, both the fighters have more experience, and have been battle tested.

But this time around, there is much more than a victory at stake. Michael Chandler and Brent Primus are set to face each other in a rematch later this year, and the winner of the co – main event would be waiting in the wings, to welcome the victor.

Freire is coming off two huge wins – one over former UFC Lightweight Champion Benson Henderson, and the other over the veteran, Josh Thomson.

“I believe it was very important”, Freire told us in an exclusive interview about the two wins, ahead of his fight with Campos. “Not just the Henderson win, but the Thomson win. I beat two legends back to back and no one has claimed wins over them both, so it means a lot to me. Those wins showed I’m an elite as well.”

Pitbull defeated Benson in September last year, and has been eyeing a showdown with either the champion, or a top contender. However, with Primus opting to sit out for nearly a year after winning the title, it was slim pickings for the lightweight.

But when the Bellator officials offered Freire’s camp a fight with Campos, it wasn’t the fight ‘Pitbull’ was looking for, but chose to accept it mainly because of its implications.

“Yes, I had plenty of time (after the Henderson fight)”, Freire added. “Actually I’d like to have fought sooner. I was hoping Bellator would book me for December or January.”

“I believe I should’ve fought Primus already”, Freire said. “There was no reason to wait for Chandler and book them. And with Josh Thomson not fighting since February and looking at retirement, the division gets a bit weark, so I hope they’re able to bring more talent.

I wish they also have Henderson, Derek Anderson, Rickels and a few other guys being more active this year so the division can grow.”

Freire and Campos were matched up a couple of times in the past, but the fight had to be scrapped due to an injury, or with Bellator MMA officials looking for other options. Derek has certainly climbed up the ranks, and his last two wins over Anderson and Girtz made a showdown between the two inevitable.

Campos is an explosive fighter, and uses his wrestling to take his opponents down and work with ground and pound. Freire and his team had already done extensive research on Campos, which weighed on their minds when they were offered the fight.

“I don’t think he’s changed much”, Freire added about Campos. “But he’s been able to put everything together more efficiently. I believe I evolved much more than him and I hope I’m able to show that in our fight.”

“I believe he’ll keep coming forward and also try to use a bit of his wrestling, although he likes to strike. I’ve prepared for all possibilities and I believe it’ll be a great fight.”

Pitbull has been vocal about getting a title shot soon, and believes that the winner of the fight this weekend deserves to face the winner of Primus – Chandler 2.

“For sure. Whoever wins this fight will be the number 1 contender, there’s no one else in the division that will be more qualified.”

For now, Patricky says he is a man on a mission. Pitbull is only thinking about winning this weekend, and then going after the Bellator Lightweight Championship. And what can the MMA fans expect from both men? Patricky says both men will be trying to prove themselves, and show Bellator MMA officials that they’re deserving of a title shot.

“The (fans) can expect to see a man on a mission trying to prove his worth. After this fight is over I hope everyone will be demanding Bellator to give me a title fight.”