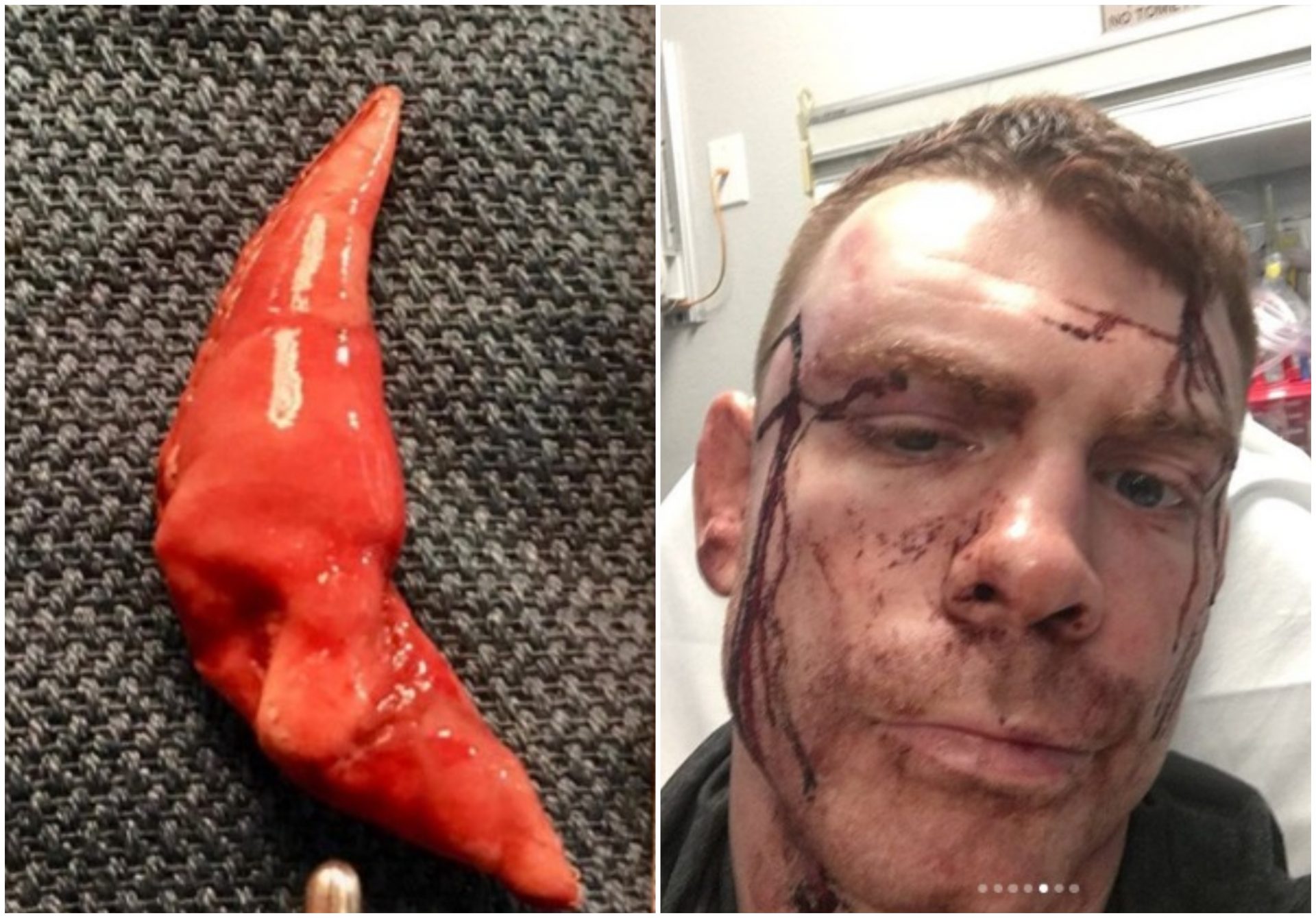 UFC lightweight Paul Felder has been around Mixed Martial Arts for a decade now. Throughout his 22-fight professional career, he has suffered numerous injuries.

Some injuries that Paul Felder has suffered are truly gruesome. In a picture that he shared on Instagram, he showed how his punctured lung looked like. He also shared pictures from other injuries like broken bones, bruises etc.

Paul Felder took his time replying to fans about the various ordeals his body had to go through in his decade long career. 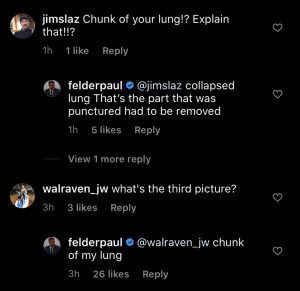 Paul Felder is coming off of a split decision loss to New Zealand’s Dan Hooker earlier this year at UFC Auckland. Prior to that, he scored decision wins over Edson Barboza and James Vick.

His last fight against Dan Hooker was gruesome as the Irishmen sustained tremendous damages. He developed rhabdomyolysis—a muscle breakdown that causes the release of myoglobin into the bloodstream. Following this, there were talks about retirement and now in the Instagram post, he gave a statement on this topic.

“I get asked a lot when I’m returning or if I’m officially retired. I miss the octagon and competing but these pictures are how I come home to a five-year-old princess. It’s a hard job. This is why I love commentating. I get to talk about the toughest athletes on the planet,” Paul Felder said.

In March earlier this year, following his fight against Hooker, Paul Felder was asked about retirement by ESPN’s Ariel Helwani. Here’s what Felder had to say:

“That moment almost seemed right, but Nah, I think I’ve got a lot more left in me physically,” Felder said. “I’m already recovering from one of the hardest battles of my life, and s—, it’s addictive, man. That five rounds, that main event, I liked it. I liked being on the poster.

“I’m a pretty dramatic guy. I kind of always think about that moment [of retiring in the cage]. Just as I always think about what having the belt put around my waist would be like and taking that back to Philly. Or fighting at the Wells Fargo Center in Philadelphia, or bringing the belt to the Eagles’ stadium, The Linc, and hanging out with the team. I fantasize about all of these things, and retirement is just another one of them. And it’s not in any bad way.”

Previous articleUFC on ESPN: Blaydes vs. Volkov
Next articleUFC News: Gray Maynard claims he was asked to break arm of fighter who spoke against UFC