Paul Felder: ‘Most Violent Fighter’ is a dumb and dangerous UFC strategy 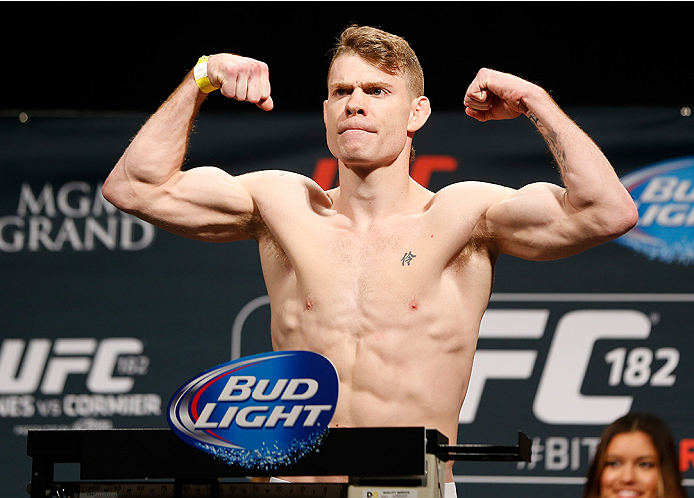 Felder (15-3 MMA, 7-3 UFC), who’s fresh off a violent stoppage victory over Charles Oliveira (22-8 MMA, 10-8 UFC) at UFC 218 earlier this month, discussed that strategy when asked about another UFC 218 fight.
Felder, who balances a promising UFC commentating gig with his fighting career, appreciated the entertainment value the two sluggers provided. He just thinks it’s a flawed strategy, especially when it comes to title shots and career longevity.

“I’m always prepared for a three-round war, but I’m just not trying to be in them,”
“You’ve got Eddie, who’s trying to be the ‘Most Violent Guy,’ and Gaethje, who’s looking for an equal. Go ahead. You guys can fight over that. Meanwhile, I’ll silently be knocking everyone out and working my way to the top 10, top five, and sneak right in there and take that title shot from you guys.

“The UFC loves wars, but you know what else they love? Seeing guys being able to fight multiple times a year and finish people.”
“That’s three fights in a row where I had just a couple bruises here and there,” he said. “That’s it – no injuries whatsoever.”
“Those guys shouldn’t be fighting for another eight months with the damage that they took,” Felder said.

Previous articleMr. Derrick Lewis is returning on UFC FIGHT NIGHT 126
Next articleChael Sonnen defends Georges St-Pierre’s decision to vacate the UFC middleweight belt and not hold up a division.