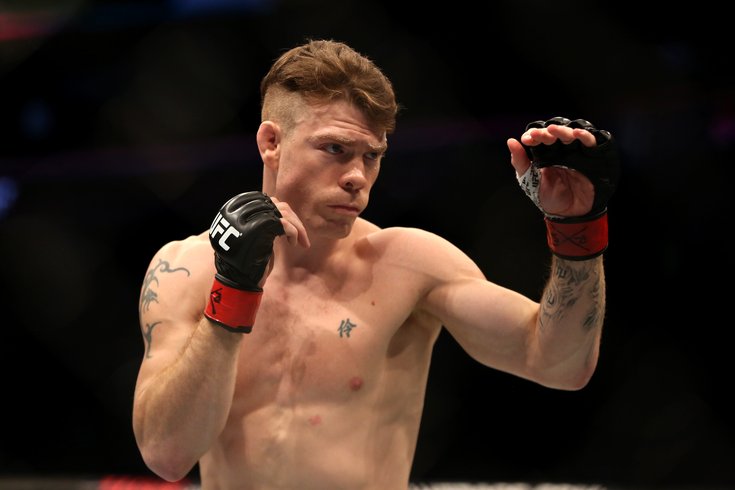 UFC lightweight Paul Felder is all set to face fellow exciting UFC lightweight Dan Hooker. He has quickly been moving up the UFC’s lightweight rankings slowly and steadily. With his eyes already set on future potential matchups and fights, Felder wants the former UFC champ champ [former Featherweight and former Lightweight champion] “The Notorious” Conor McGregor quickly out of the way.

Felder recently was in a rather interesting conversation with noted combat sports and MMA news website BJ Penn.com. He talked about the current state of the UFC lightweight division and the fact that Justin Gaethje, who is such an active fighter, is willing to wait for his shot at the belt. However, what truly drew the headlines were his comments on McGregor. He stated that if McGregor has moved up to welterweight then the UFC should remove him from the lightweight rankings as well and let the 155 pounds division move on without him.

I think that’s the only really confusing part, I’m surprised that an active guy like Justin wants to wait, I mean he’s put in the work, let him do his thing but I don’t see that happening. I don’t see him being able to just sit around and wait for a title shot. [Dustin] Poirier is still looking for a fight so depending on how things go on February 23 [against Hooker], it could be a quick turnaround and maybe a number one contender spot can open up. I would love to fight Dustin. I have nothing but respect for the guy, but as you’ve seen, I can have nothing but respect for a guy and it’s not going to stop me from getting in your grill and letting you know I’m here to smash your face.

Felder believes that McGregor still being in lightweight rankings makes a lot of unnecessary mess in the division. He will be taking on Hooker at UFC Fight Night 168 on February 23, 2020, in Auckland, New Zealand.