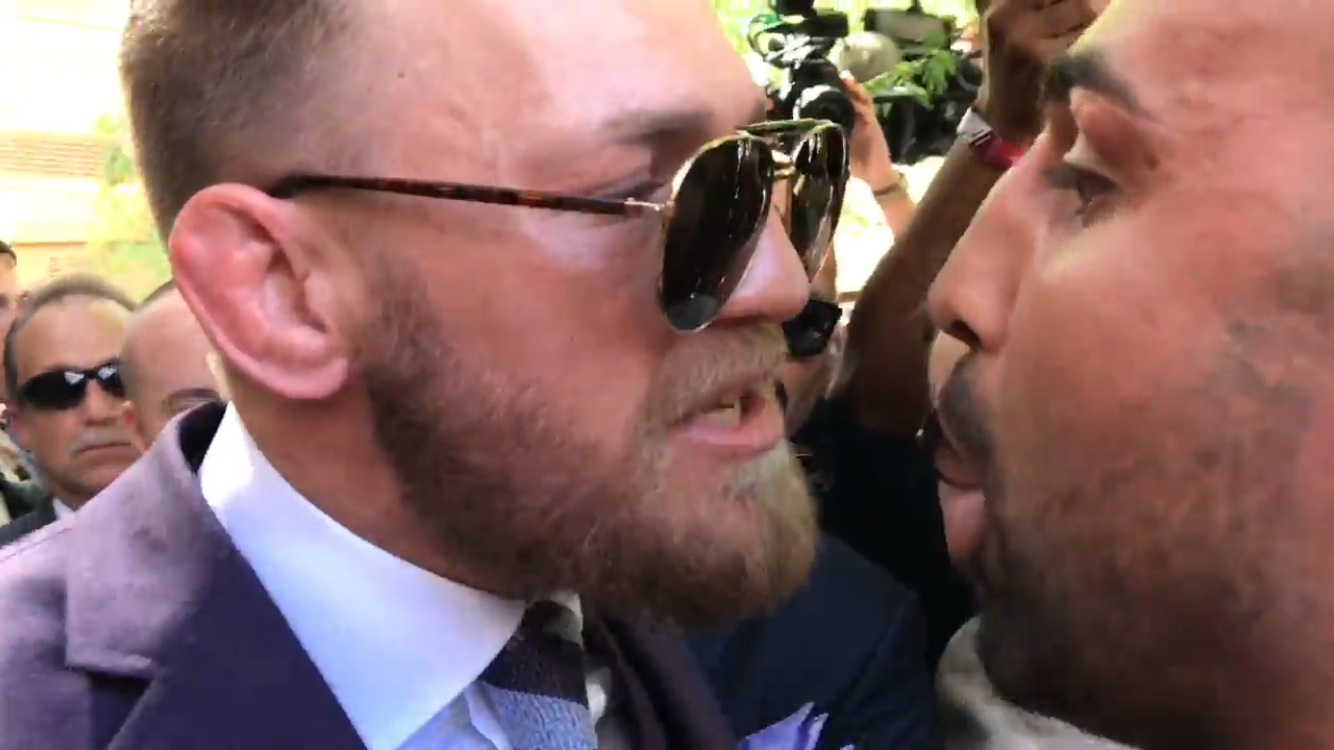 Paulie Malignaggi says he didn’t want to take away from Conor Mcgregor’s media scrum and just wanted to speak to the manager but he ended up doing just that as he stood on the outside of the huge media crowd interviewing Conor in his media scrum.

Paulie finally managed to get Conor’s managers attention who basically tried to shoo him away saying it’s over but the exchange seemed to have caught Conor’s attention who came face to face with Paulie and told him that he had destroyed him in the 12 rounds and he should make a respectable exit now (not ad verbatim). Paulie then countered this by saying Conor should remember to bring his balls to the fight on Saturday (Sunday morning in India).

Conor then left with his entourage leaving Paulie with a media which seemed more than willing to get some bytes from him now.

Paulie basically told the media then that Conor’s camp should have released footage from their 12 round sparring session from only one camera rather then change camera angles because then there was no way of proving it was even from the same round. He then went on to say Conor folded to Nate Diaz as well and was stupid to take the fight to the ground against a black belt jiu jitsu fighter. He said for the fight on Saturday, Conor should not only pack his shoes and gloves but also not forget to pack his balls. He also countered Conor’s manager’s allegations of talking himself out of contract by saying the only reason he had to talk to the media was because Conor’s camp released pictures forcing him to defend himself.