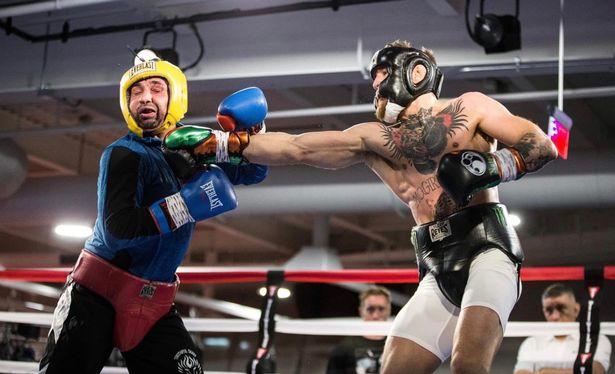 Former welterweight boxing champion Pauli Malignaggi and Irish star Conor McGregor have gone back and forth ever since the Boxer was bought into the Irishmen’s training camp to help him prepare for his mega-fight against Floyd Mayweather in 2017 which was the second-highest-grossing fight of all time behind Mayweather-Pacquiao which took place in 2015.

However, the beef between the two started when McGregor released a video of him dominating Paulie inside the ring, which the boxer said was only partly released and he has been gunning for a fight against McGregor ever since. Recently McGregor got involved in a conversation with British boxing promoter Eddie Hearn and fans thought that the Irishmen was interested in fighting inside the ring. 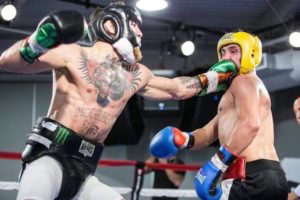 However, Paulie Malignaggi doesn’t believe that McGregor will ever return to the boxing ring.

“Eddie is a real genius businessman, a really smart businessman,” Malignaggi said in a recent interview with iFL TV (via BJ Penn). “So if he’s got an ace up his sleeve I wouldn’t be surprised. I just don’t think Conor McGregor can box.

‘WHO WOULD McGREGOR BOX?’

“You’d probably have to get him the guy that sold me these nuts [to fight]. Or the guy who sold me this water, or this juice. That’s a few wins right there. He can’t fight, he’s not a boxer.”

Malignaggi recently fought Conor’s teammate Artem Lobov in a bare-knuckle boxing match where he lost the fight via decision. But he still believes that he beat up Lobov.

“I’ll fight him with one hand, bro,” Malignaggi added. “I just beat up his boy with one hand. You don’t want that fight. We could do it, but I don’t really think it’s a realistic possibility.”

Do you guys think that McGregor is done with Boxing?

Previous articleFriday Fighter of the Week: Nelson Paes
Next articlePVZ wants the UFC to book her a fight