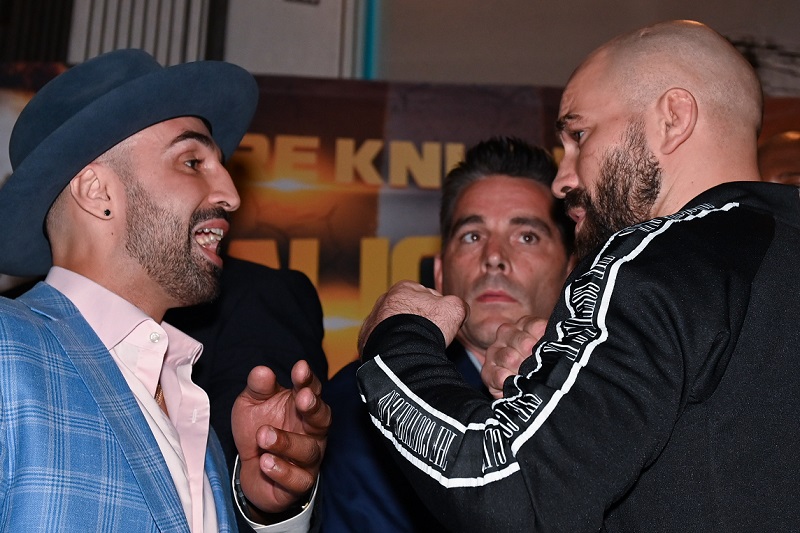 The beef between Paulie and Lobov is intensifying by each passing day and both fighters had a press conference on Monday at Dave & Buster’s in Times Square where Paulie ended up spitting on Lobov. Before that Paulie had slapped Lobov last month. He also said that he will put Lobov in a coma. 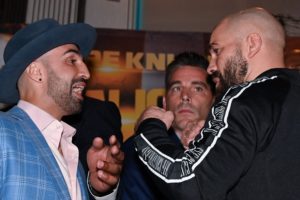 In the press conference, Malignaggi explained the real reason he hates Artem Lobov and his friend Conor McGregor.

“Lobov and the mixed martial arts community have really disrespected my sport in a lot of ways; boxing, saying that we fight with pads on and it’s not a real fighting sport and what not, but we have all the deaths,” Malignaggi told FightHype.com. “We have more of the deaths by a long shot. We have more of the permanent damage by a long shot. This is not to diminish the danger of mixed martial arts or any other combat sport, but there is a reason why boxing has more deaths and more traumatic brain injuries in one night because we are the most dangerous combat sport.

“I don’t care how many 360 roundhouse kicks you can do, at the end of the day you can just [tap] and it’s over. In boxing, if you sit on your stool, you’ll never live it down the rest of your career. . . In MMA, Mr Tap Machine Conor does it every fight. He’s done it what, three out of his last four fights? He’s not Notorious McGregor, he’s tapout McGregor but at the end of the day, he’s still the biggest star there. It’s more accepting to save your life. . . In MMA, they praise these guys. He’s over there selling whiskey and people are buying it. In boxing, if a guy quit as much as this guy quit and he tried to make any product, they’d kick him in his ass and say get the f*ck out of here with your bum product.” (H/T – MMAFighting.com)

Conor McGregor and Tyson Fury complimentary to each other on Twitter