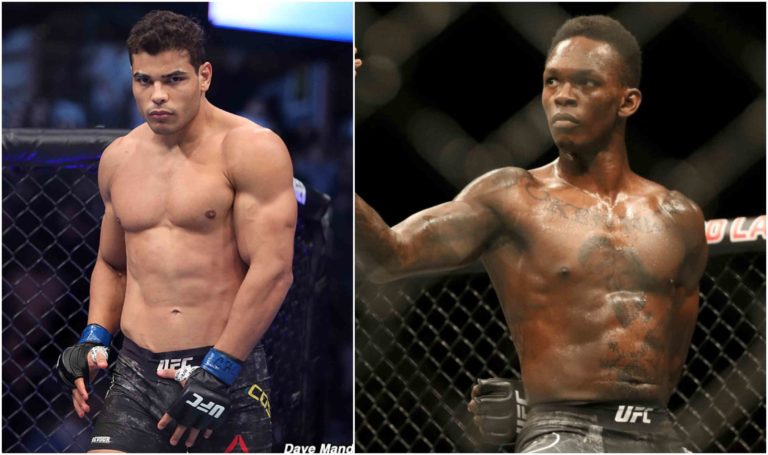 Top middleweight contender Paulo Costa is keeping a close eye on this fight as the winner of UFC 243 main event will fight him. However, Costa is rooting for Israel Adesanya and it’s not because he likes him, but because Costa wants to be the first fighter to defeat Adesanya. 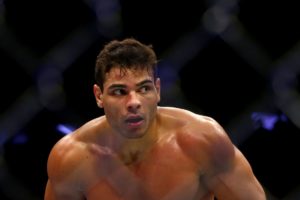 Both fighters have had a personal beef and it dates back to the time when Adesanya had earlier said to him that he hopes to beat Costa before USADA does, implying that Costa was using performance-enhancing drugs. Costa wants to settle this for once and for all and in a recent interview with Helen Yee, he referred Adesanya as a skinny clown and that he will be present ringside for the fight.

“Yes, I am going to Melbourne. Dana White is sending me there and said I get the next title shot. I fight the winner of Whittaker-Adesanya,” Cost said in a recent interview with BJPenn.com.

“I can beat both. I think Adesanya is a fake champion. He hasn’t fought anyone tough, he is a skinny clown. I have a personal problem with him. If he beats Whittaker, which I don’t think, I’m going to kill him. He doesn’t stand a chance against me. As for Whittaker, he is good, tough guy. He is not as strong as Yoel, so I can take him. He is like Yoel with less power, so I can beat both of them. I really want Adesanya, though.”

Costa who is coming off of a unanimous decision victory over Yoel Romeo at UFC 241 hopes to fight Adesanya early next year in January.