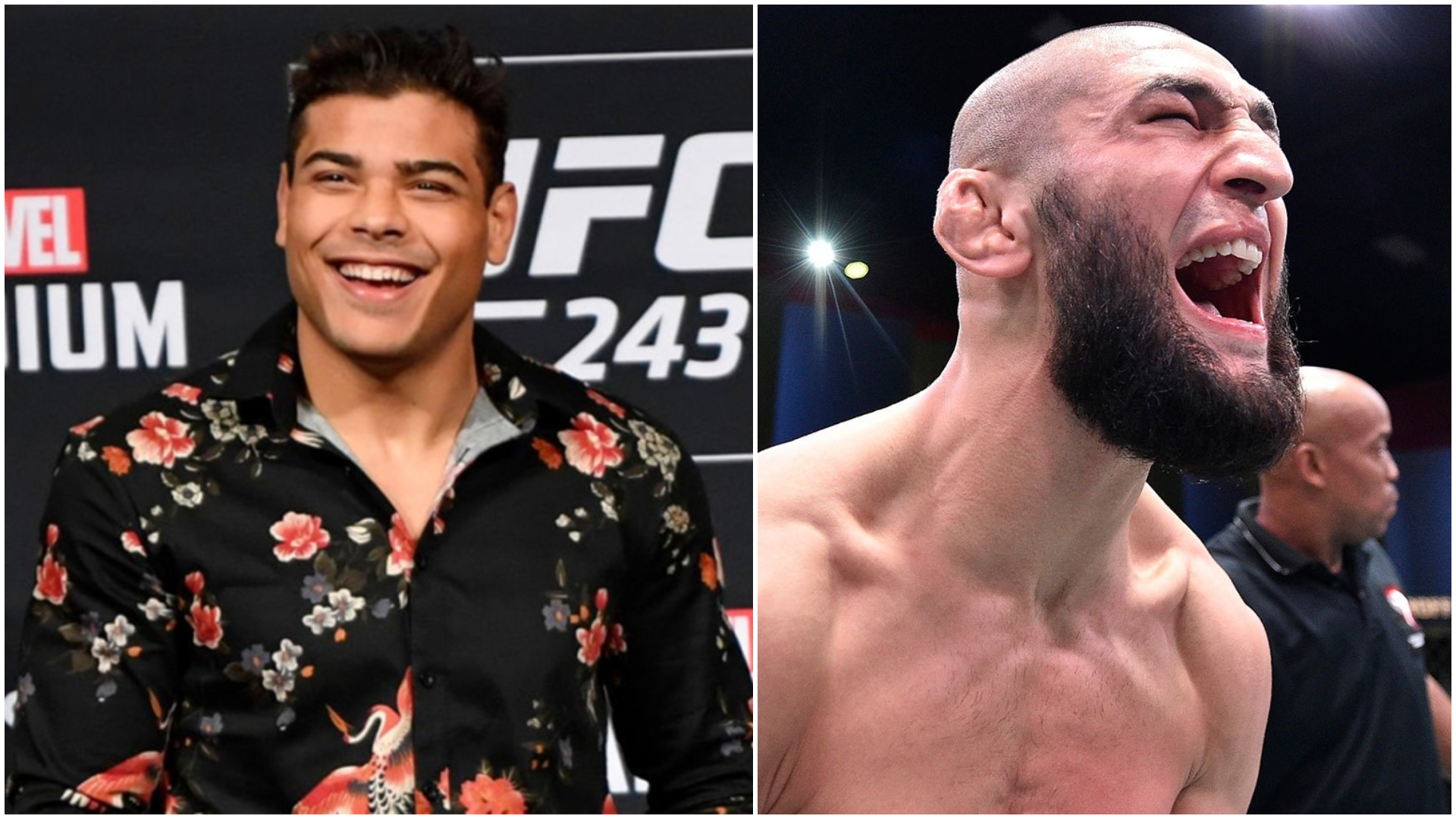 The bad blood between Paulo Costa and Khamzat Chimaev is not a secret. ‘Borrachinha’ appeared on The Triple C & Schmo Show before the main card reshuffle. The Schmo had kept Khamzat Chimaev’s hat that he’d forgotten while doing their show. Costa was quick to snatch the cap – and proceeded to do some gross things to it.

Costa went on to put the cap into his pants and started rubbing it which was quite a gross visual. You can check out the video clip below:

Paulo Costa and Khamzat Chimaev infamously got into an altercation at the UFC Performance Institute earlier this week, which has been heavily publicized since.

‘Borrachinha’ was interviewed by InsideFighting a few days after the incident took place and was asked for his thoughts on Chimaev missing weight. Costa said the following:

“He’s broken, his mind is broken already. I own his mind, I own him. I was training with Jake Shields on Monday, and he came. When he saw us, he was like fearsome you know, and his mind is broken on that time. He got in a lot of trouble day after day.”

It has been announced that Diaz (20-13) is set to face former interim lightweight champion Tony Ferguson (25-7) in the main event of UFC 279 inside T-Mobile Arena. He was initially scheduled to face rising Chechen-Swedish contender Khamzat Chimaev at UFC 279 in Las Vegas, but Chimaev missed weight on Friday.

It is noted that the fight is a non-title welterweight bout. Both the fighters had a one-pound allowance, which means that the highest they could weigh at the official weigh-in was 171 pounds. Diaz, for his part, successfully made weight, coming in at 171 pounds.

However, Khamzat Chimaev missed weight at the official weigh-in. ‘Borz’ weighed in at 178.5 pounds, which is a whopping 7.5 pounds above the limit for non-title welterweight bouts.

Previous article
“F*** these shoes” – Nate Diaz takes a huge jab at The Rock’s new trainers ahead of UFC 279
Next article
UFC 279 Result: Nate Diaz Defeats Tony Ferguson Via Submission In Round 4