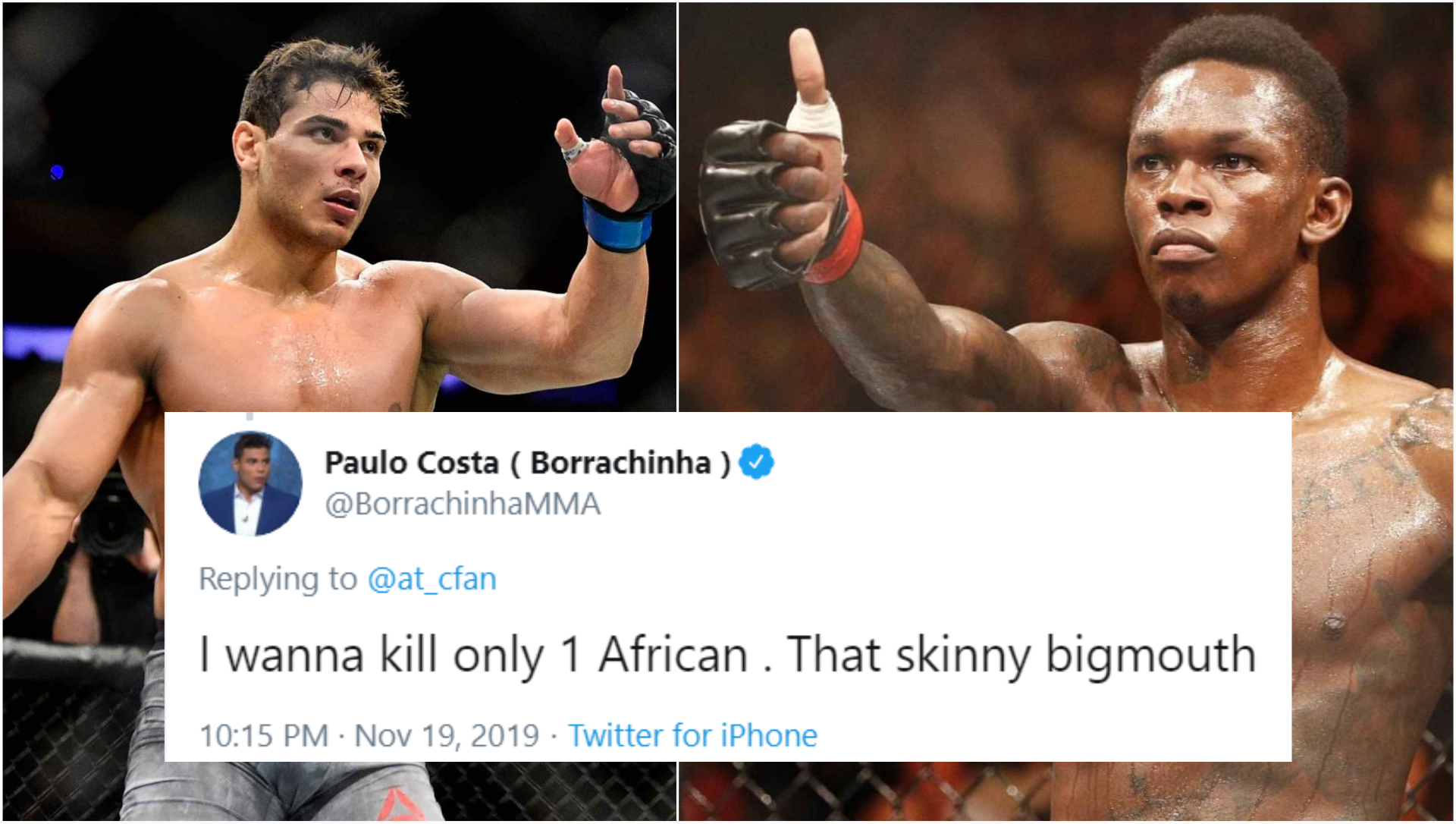 Last month, it was revealed that a middleweight title fight between reigning UFC middleweight champion Israel Adesanya and Paulo Costo had been called off. 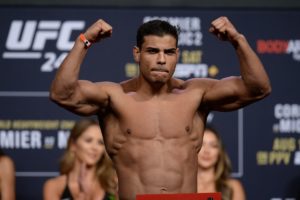 However, the trash-talking between Adesanya and Paulo Costa hasn’t ended. In fact, on Tuesday the Brazilian went as far as calling Adesanya ‘P***y African’. He deleted the tweet moments later as better sense prevailed and after fans called him out on it. 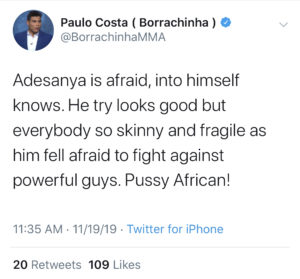 Costa whose native tongue is Portuguese later clarified that he wanted to kill just one person i.e Israel Adesanya.

I wanna kill only 1 African . That skinny bigmouth

Costa is coming off of a unanimous decision win over Yoel Romero at UFC 241 in August.

Previous articleHow BRAVE CF president Mohammed Shahid has raised the profile of MMA in India
Next articleMVP wants rematch with Champ Douglas Lima: I know I can beat him!