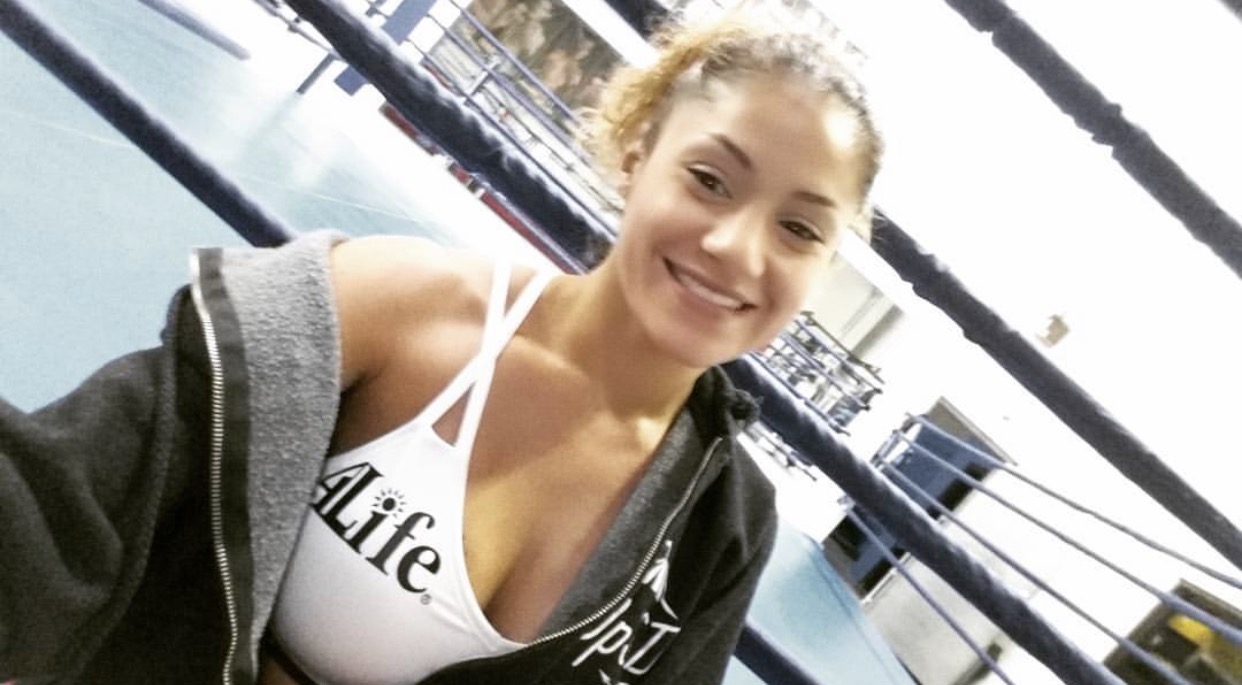 In a bizarre turn of events, Pearl Gonzalez has reportedly been barred from fighting at UFC 210 for having breast implants. The NYSAC apparently bars female fighters with breast implants from fighting…a rule which apparently went under the radar for Pearl’s team. Pearl earlier made weight for her bout against Cynthia Calvillo.
The MMA India Show had earlier this week interviewed Pearl and she was in high spirits about her upcoming fight and also declared that come April 8th she would be a star. Well she has become a star with all the media attention bound to come with the NYSAC decision though maybe not for the reasons she would have liked. We are sure she will bounce back from this temporary setback and be ready to fight again soon enough.
There has been no official word from NYSAC at the time of writing this article.