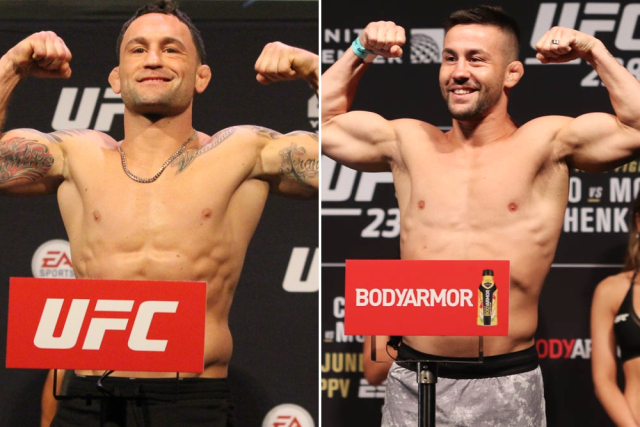 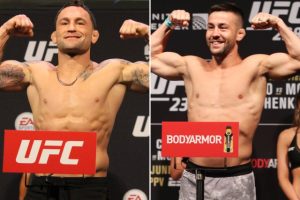 Throughout a technical, relentless five rounds, Edgar proved why he can never be counted out, and Munhoz showed why he’s ranked at the top. The game plan was striking, and with brilliant combinations thrown from both men, the closely-fought bout went to the scorecards, where Edgar narrowly edged out a split decision win.

Speaking to reporters at the post-fight press conference, Munhoz was asked what he thought of the decision. Not surprisingly, he wasn’t happy with it. He made the following statements –

“Without a doubt (I won). I was just right now with the doctor getting some stitches, and some of my coaches, Dan Lambert, he was just showing me 17 of the media scores. Of 20 of the media scores, 17 gave me the fight. So only three gave to him. Then I saw in the punching scores I had the first, the third, the fourth, and the fifth rounds. It is what it is,”

“Not even (just) the leg kicks. I was hurting him with the jab. I chased him for five rounds. He got a couple of takedowns, but he couldn’t do anything with the takedowns, and I got back up right away. I was looking for the finish,”

Whereas, Frankie Edgar made his own statement –

“It’s good to be on the winning side. I heard a lot of people barking that I’m old, I’m slow. I definitely proved them all wrong. Three weight classes, I’ve shown I can compete with the best at 38 years old. I think the sky is the limit for myself. Pedro is a top dog and that makes me a top dog. I’m back.”

The 135-pound weight class is chalked full of elite fighters who have been vying for their shot at gold. Moreover, the newly minted champion in Petr Yan has added a different dimension and thus invigorated the up-and-coming challengers.

Two judges, Derek Cleary and Eric Colon, saw it 48-47 for Edgar with Cleary scoring the 2nd, 3rd, and 5th for “The Answer” while Colon saw the 1st, 2nd, and 5th for Edgar. Lone dissenter Sal D’Amato had it 49-46 for Munhoz with Edgar only earning the 2nd in his eyes.