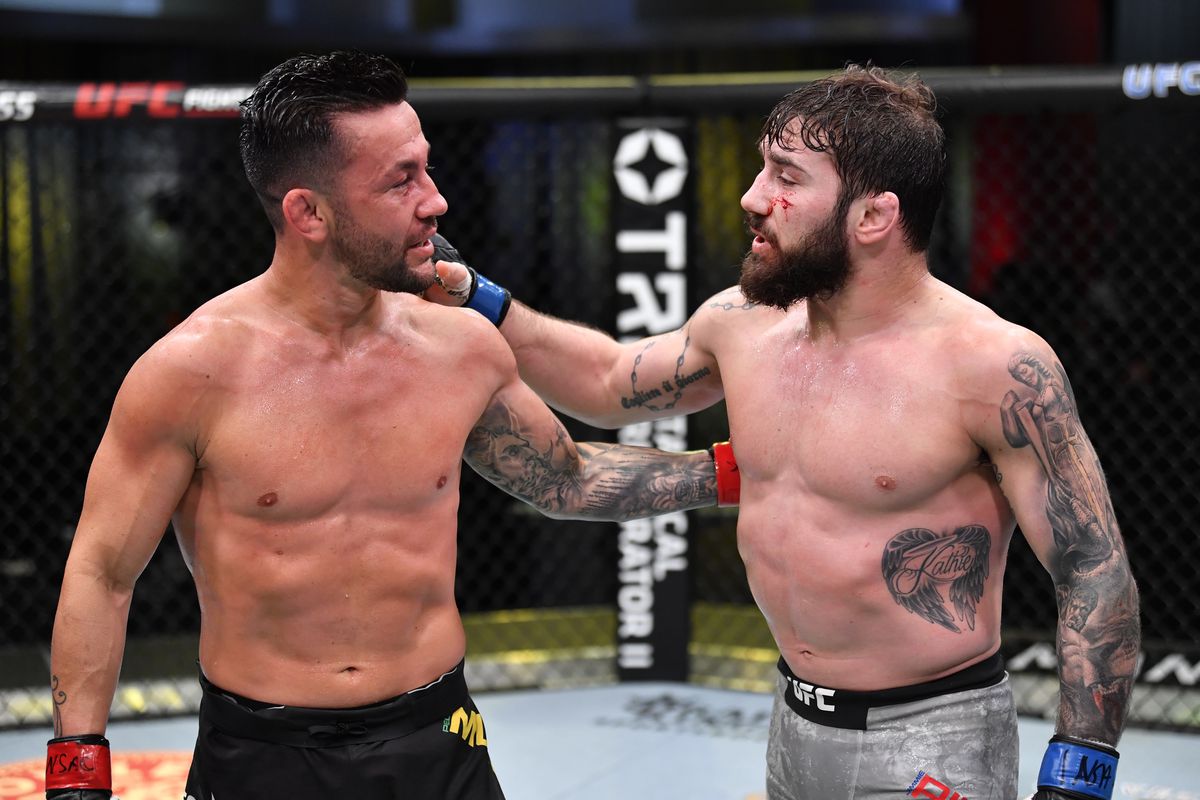 UFC bantamweight Pedro Munhoz destroyed Jimmie Rivera’s leg with calf kicks and emerged as the winner via unanimous decision avenging his loss to Rivera in 2015. 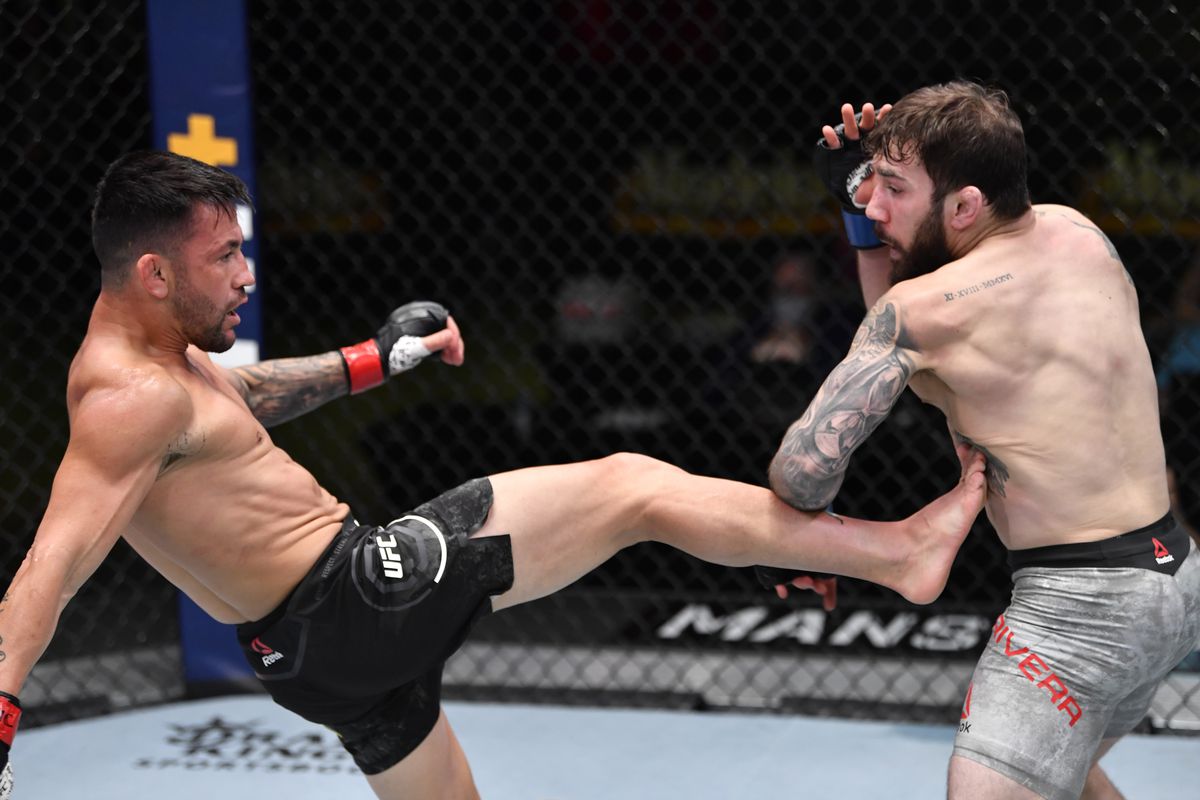 Pedro Munhoz (19-5 MMA, 9-5 UFC) lost a split decision to Jimmie Rivera (23-5 MMA, 7-4 UFC) in late 2015 in Brazil. But Saturday, Munhoz was mostly dominant to avenge that loss. He battered Rivera’s lead leg with kicks and took a unanimous decision, including a pair of 30-27 scores in a bantamweight showdown.

The difference for him this time around was the addition of the calf-kick to his arsenal as he just assaulted Rivera’s lead leg from the first exchange in the fight until the very last. When the final horn sounded, Rivera’s leg looked like he was hiding a football inside of it from all the swelling as Munhoz admired his handiwork. 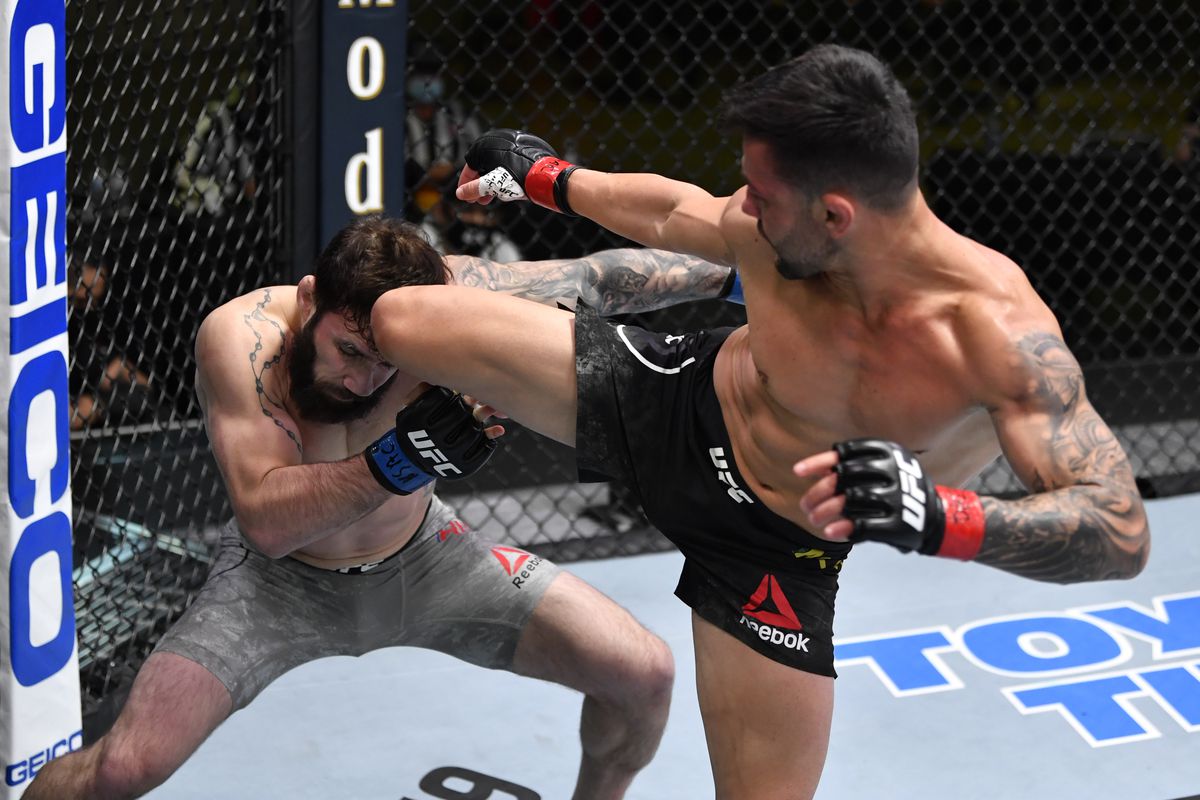 The judges scored the contest 30-27, 30-27, and 29-27 with Munhoz getting the win while also stopping his recent two-fight skid in the octagon.

“I’m very excited,” Munhoz said about his win. “That was the second time we were able to do this battle inside the octagon. This was a war. It felt good.”

There was a whole lot of offense from the bantamweights with Rivera just biting down on his mouthpiece and swinging heavy leather while Pedro was more than happy to exchange punch for punch.

The real difference in the opening round was he chopping away at Rivera’s lead leg with a series of devastating calf kicks. A noticeable bruise started to form on Rivera’s lower leg as he tried his best to keep it away from Munhoz doing further damage. 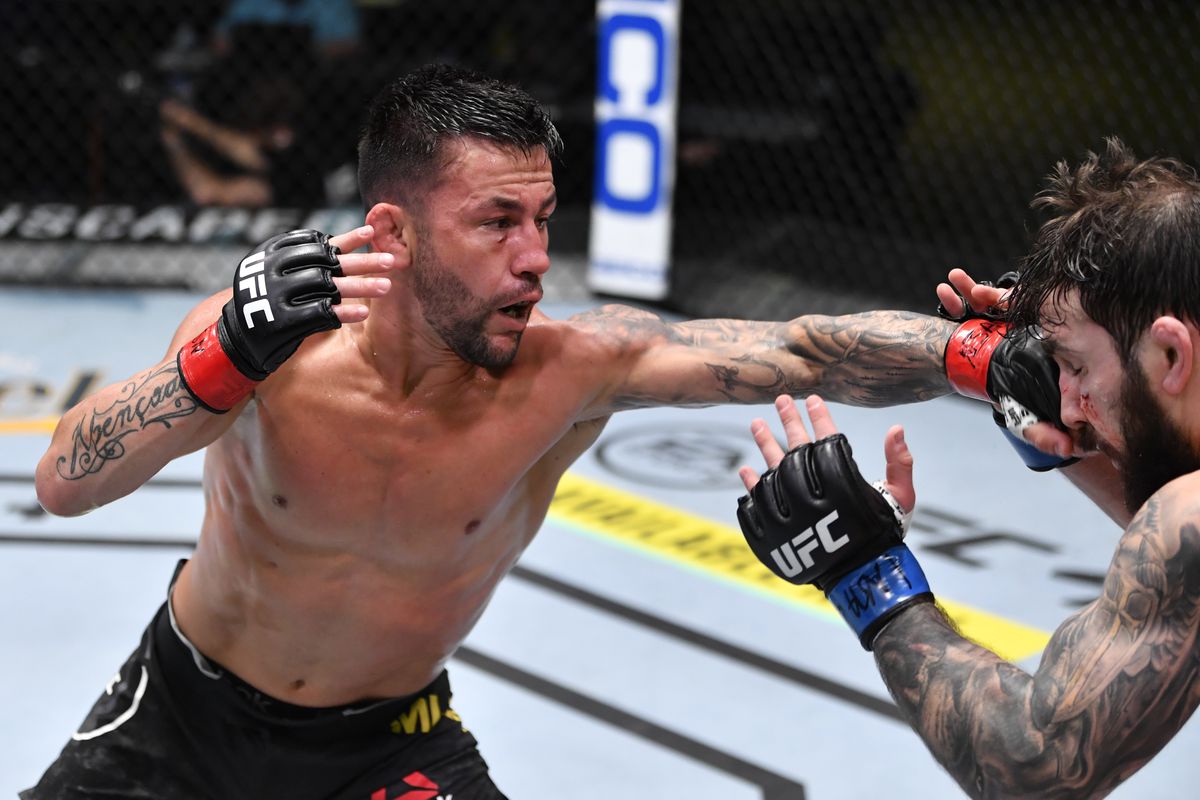 Between rounds, Rivera told his coaches that his leg was in excruciating pain, which led to him looking for a takedown but Munhoz was quick to escape and then re-establish his striking attack on the feet. Munhoz was patient with his combinations but he was always looking for those same kicks that were turning Rivera’s leg into a mangled mess.

Taking to his social media after the fight, Munhoz shared a photo of himself embracing Rivera inside the Octagon. Take a look at the message Munhoz shared on his Instagram.

Thank you very much to everyone for the messages of support. I would also like to thank in particular my family and my team @americantopteam 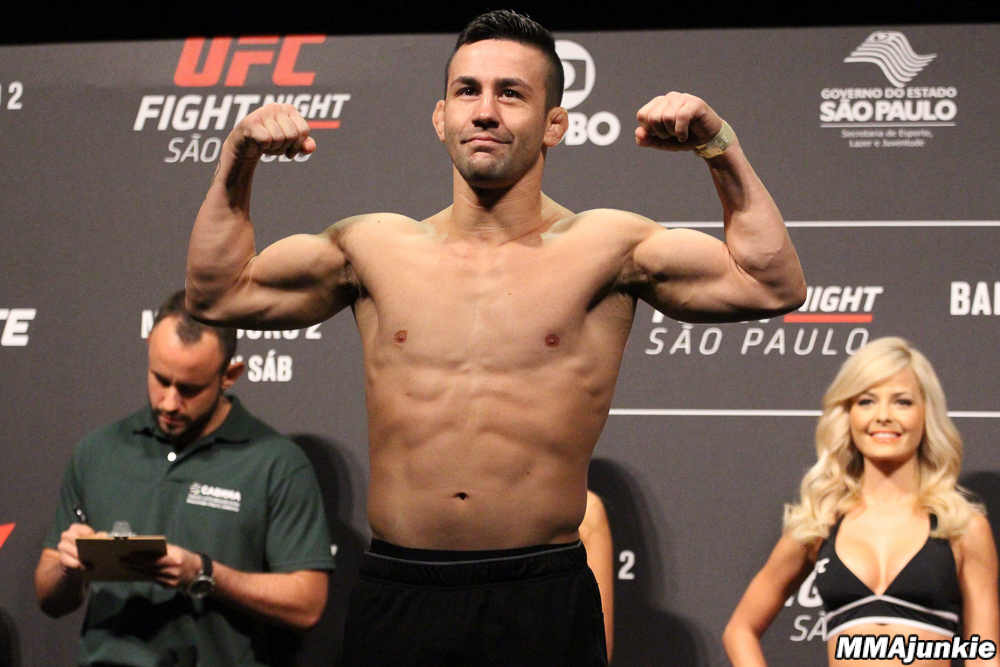 Munhoz (19-5, 1 NC) was the No. 8 ranked bantamweight in the UFC heading into this rematch with Rivera, who previously defeated him via a split decision in November 2016. He is arguably the most underrated bantamweight in the sport right now based on where he’s ranked in the division. Think about it, he knocked out Cody Garbrandt, who is ranked No. 4 in the world, and his only recent losses are to Aljamain Sterling and Frankie Edgar in a split decision defeat that many analysts felt Munhoz deserved to win.

It was a much-needed win for him after a pair of recent losses and now he’s hoping this performance will propel him into an even bigger fight against a former champion about to make his return to action.

“I’m No. 8 right now. I don’t know how the rankings work but right now a lot of people are saying that T.J. Dillashaw is coming back,” Munhoz said. “That would be a pleasure sharing the octagon with him. I’m ready to welcome him back.”