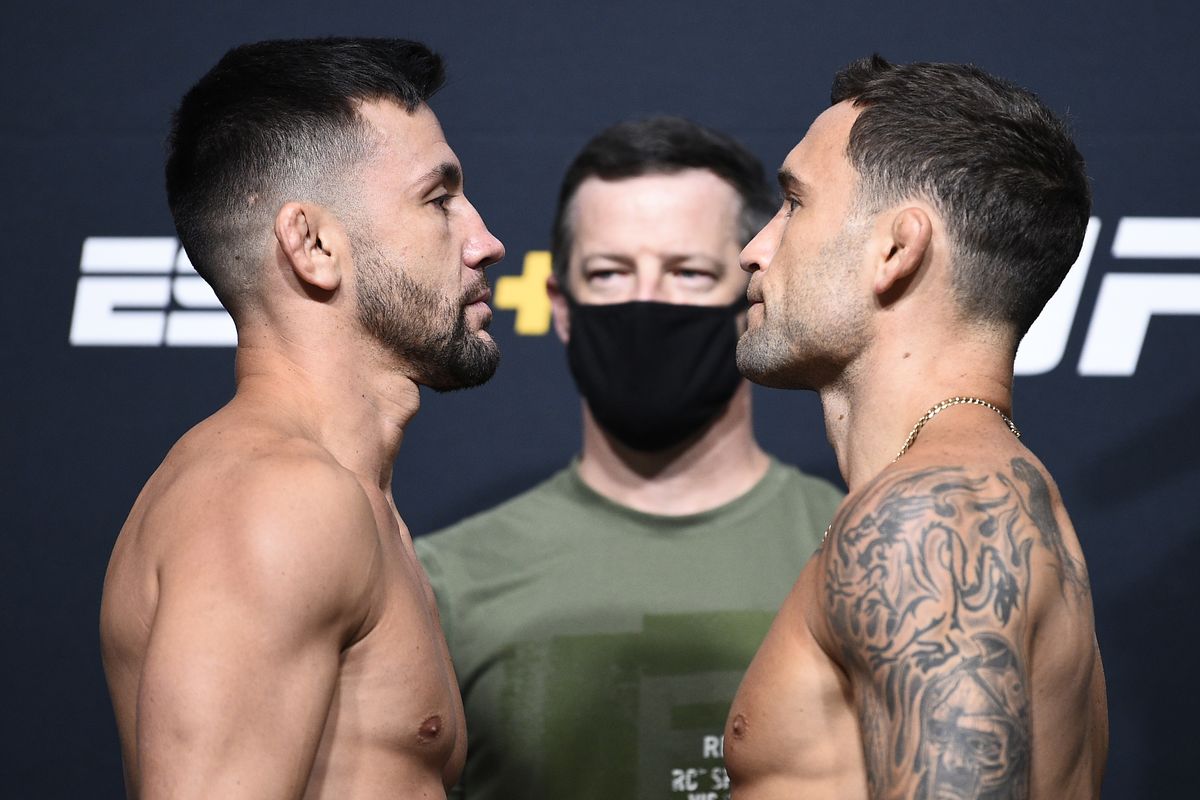 Pedro Munhoz is asking for an immediate rematch with Frankie Edgar after he lost via split decision at UFC on ESPN 15 in the bantamweight division.

Pedro Munhoz and Frankie Edgar fought in the fight of the year candidate match last week. It was one of the very close fights to judge and a controversial decision that created a buzz around. Many MMA fans and scoring round gave the fight to Munhoz. 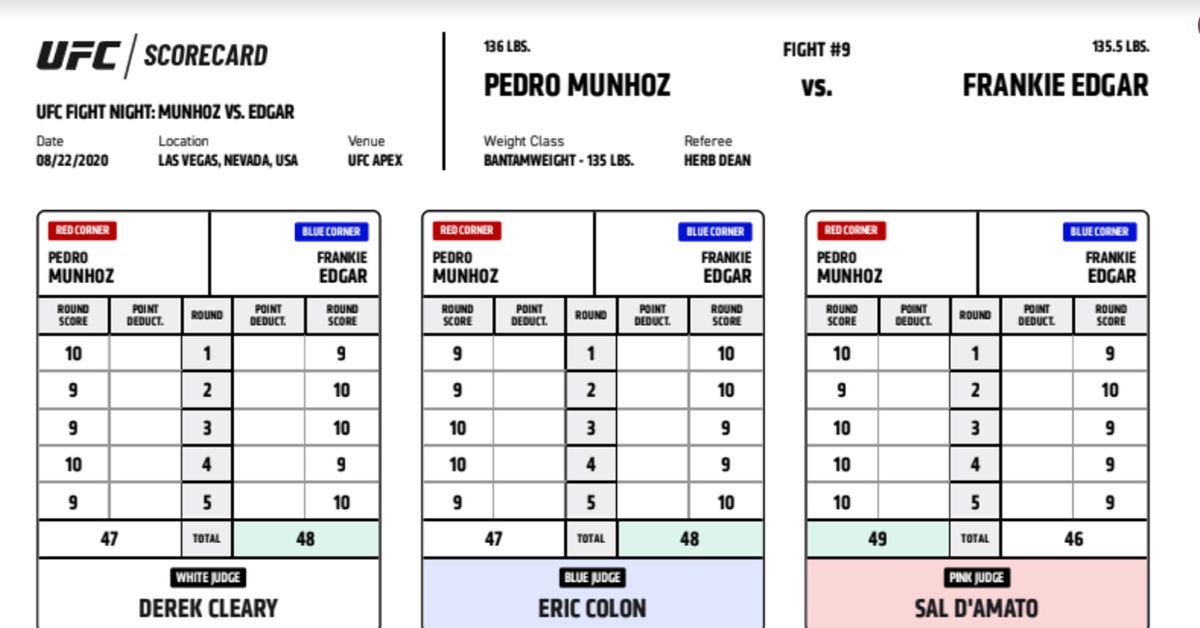 Frankie Edgar’s two winning scorecards gave him 48-47 totals. The dissenting third judge in Munhoz’s favor had the fight 49-46. Round 3 was a very close round and 2 out 3 judges gave it to Munoz. The scorecard was very interesting as Munoz saw it after the fight and after that, he as immediately asked for a rematch. Munhoz posted a post on Instagram asking for his rematch to Dana White.

Munhoz in his caption of the video said “I’ve always done my talking in the octagon but this needs to be said. I work too hard to get screwed by poor judges who have no training and even less accountability,” Pedro Munhoz wrote. “Look at the stats and the damage. Look at the 17 of 20 media sites who agreed I won, 7 of which had it 49-46. Tell me how the deciding judge gave round 3 to Frankie. He’s a legend, but I won that fight and want a rematch @danawhite”

Also after the fight while talking to MMA junkie Pedro Munhoz shared his view on the fight and that he’s frustrated by the loss and is looking forward to avenging this defeat. He said “Without a doubt (I won),” Munhoz said. “I was just right now with the doctor getting some stitches, and some of my coaches, Dan Lambert, he was just showing me 17 of the media scores. Of 20 of the media scores, 17 gave me the fight. So only three gave to him. Then I saw in the punching scores I had the first, the third, the fourth, and the fifth rounds. It is what it is.”

The fight was Edgar’s debut in the bantamweight division after several years at featherweight, a division in which he fought for a title, and years before that at lightweight, where he was a UFC champion. According to the sites tracked by MMADecisions.com, seven had Munhoz winning 49-46, and 12 had him winning 48-47. Three sites gave the bout to Edgar at 48-47 and one gave it to him at 49-46. The UFC’s official stats for the fight have Munhoz winning the overall striking battle 166-135. Edgar landed the fight’s only pair of takedowns. Leg strikes were the name of the game for Munhoz, who landed 44 of them – most to Edgar’s lead leg.

Edgar now in the hunt for his new legacy in the bantamweight division but Munhoz surely wants the rematch. At the end of the day, it’s all in the hands of UFC whether to grant Munhoz his wish and get another shot at Frankie Edgar or give him someone else. UFC definitely has something planned for both Pedro Munhoz and Edgar.