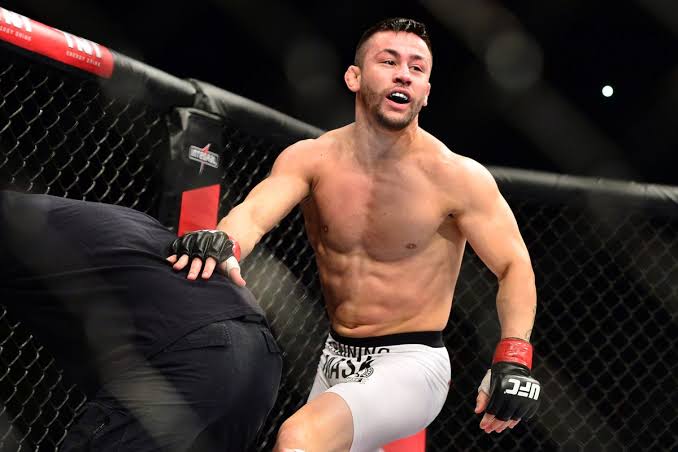 Top ranked bantamweight Pedro ‘The Young Punisher’ Munhoz busted on to the bantamweight title scene by absolutely flatlining former champ Cody Garbrandt at UFC 235. Despite being a BJJ maniac, Munhoz brutally knocked out Garbrandt in a back and forth battle thus establishing his case for the title.

However his name as a title challenger couldn’t be set in stone due to the stacked nature of the UFC bantamweight division with Marlon Moraes getting the nod. That however was changed last week as champion T.J. Dillashaw was suspended for a failed drug test. Dillashaw relinquished his title which had an opening for Munhoz. 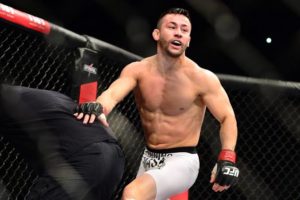 President Dana White however made it clear that he is working on Marlon Moraes taking on flyweight champion Henry Cejudo for the vacant belt. Munhoz however believes he deserves the shot.

“It’s unfortunate for Dillashaw,” Munhoz said. “But it’s fortunate for the rest of us, since he was probably going to rematch (Henry) Cejudo, holding out the bantamweight division yet again. Now, I think that since T.J. relinquished the belt, we can forget about the rivalry with Cejudo and let the bantamweights move forward.”

“Marlon was probably going to face T.J. if the Cejudo fight didn’t happen first,” he said. “Now, I think the UFC should let actual bantamweights fight for the vacant belt. That would be Marlon and me.”

Previous articleUFC: Urijah Faber reveals he is considering a return to MMA, says he was offered two-fights last year
Next articleConor McGregor under investigation for alleged sexual assault case