Petchdam Could Be In For The Toughest Title Defense 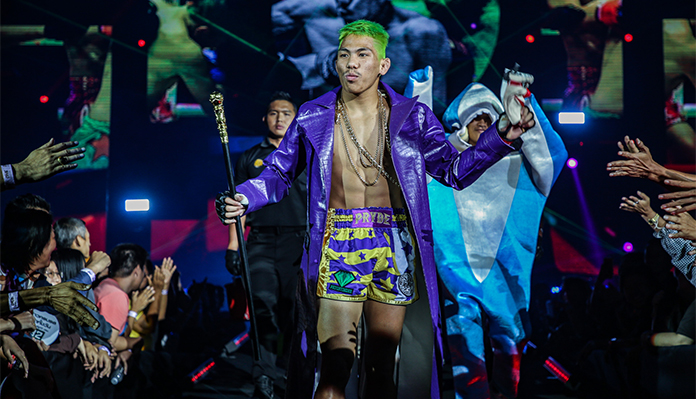 Petchdam Petchyindee Academy, one of the brightest stars in martial arts, will defend his ONE Flyweight Kickboxing World Championship in a homecoming bout at ONE: DREAMS OF GOLD on 16 August at the Impact Arena in Bangkok, Thailand.

Petchdam is set to face Dutch-Moroccan kickboxer Ilias Ennahachi in which could be the stiffest challenge he has faced since he won the title. Ennahachi, who recently signed a two-year deal with ONE Championship, isn’t intimidated by Petchdam and is hoping to disappoint Thai fans.

Ennahachi is an athlete on the rise, so it’s easy to see how he caught the eye of ONE CEO Chatri Sityodtong and other pundits. Earlier this year, Combat Press ranked him in the Top 10 in the world.

Ennahachi has compiled a record of 29-2 throughout his career. He’s not known for his one-strike power like Petchdam, but Ennahachi’s skills are just as efficient. His skills have led him to world titles in 2016 with BLADE and Enfusion, and the World Fighting League in 2018.

During his time with Enfusion, Ennahachi successfully defended his title three times. Most recently, Ennahachi scored a second-round knockout win over Madani Belhaddad in April — which became proof that he belongs with ONE Championship.

Ennahachi could match up well with Petchdam because, unlike most of the champion’s opponents, length won’t be an issue. Ennahachi stands 5’10, and his legs cover a ton of ground with kicks. He is also sturdy enough to absorb big shots, losing only just one of his matches by stoppage which happened five years ago.

Petchdam is aware of the challenge Ennahachi presents, but winning in his hometown is also at the back of his mind.

“I’m feeling a little bit of pressure because I don’t want to lose in Thailand,” Petchdam said. “It is also my first time fighting the main event, and it’s a World Title defense too.”

“I want to ask the Thai people to come and cheer for me once again. In my last fight, the support I received from Thai people helped me win. I could hear them from the audience cheering me on – it motivated me to keep going,” he added.

Competing in front of the home crowd is a double-edged sword. The energy of the fans can motivate an athlete, but it can also bring them pressure. Petchdam has proven in the past he can rise to the occasion, but Ennahachi will do everything to put a halt to his title reign