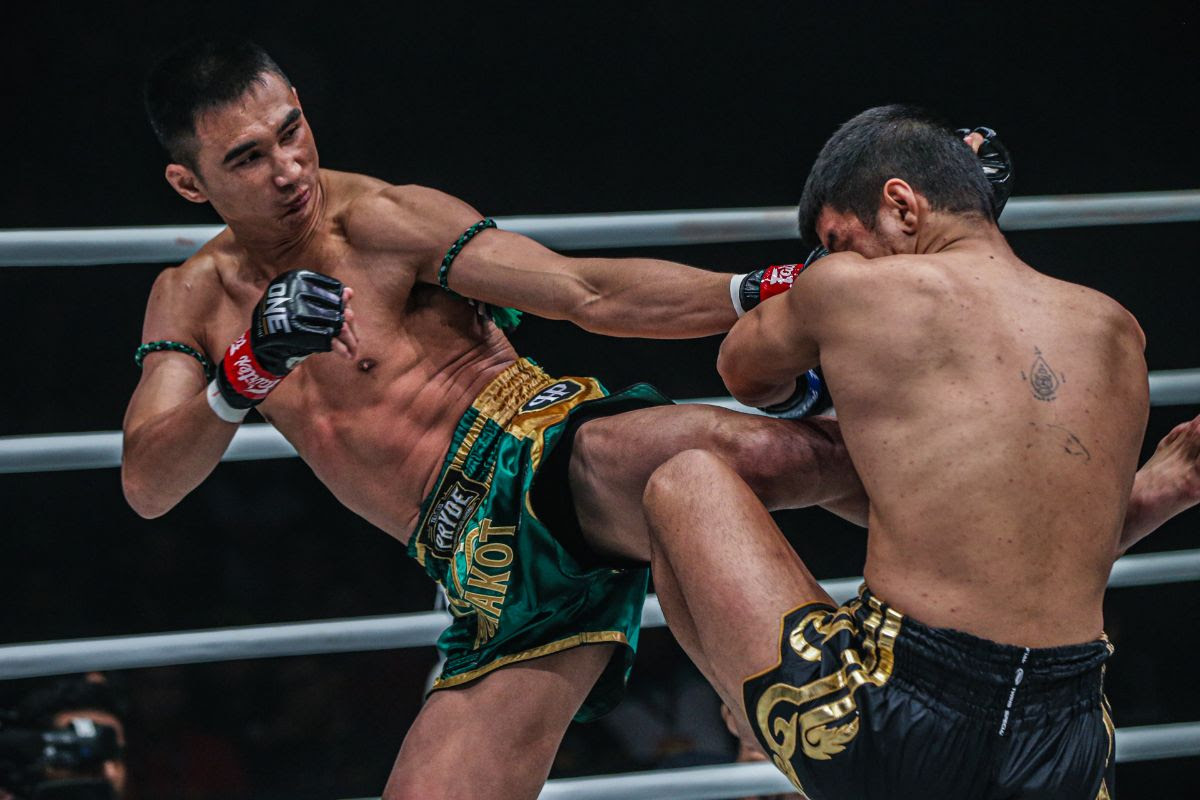 The largest global sports media property in Asian history, ONE Championship™ (ONE), returned to the Istora Senayan in Jakarta for another exciting night packed with martial arts action. ONE: WARRIOR’S CODE electrified the capital city of Indonesia last Friday night, 7 February, as the world’s greatest martial arts athletes took center stage to showcase their skills.

In the main event of the evening, Thailand’s Petchmorakot Petchyindee Academy put on a striking masterclass as he dissected countryman Pongsiri PK.Saenchaimuaythaigym to capture the inaugural ONE Featherweight Muay Thai World Championship.

Petchmorakot appeared to be one step ahead of his opponent at all times during the five-round bout. He used every tool in his arsenal – punches, elbows, knees, and kicks – to pick Pongsiri apart. Pongsiri remained game all throughout, as he tried desperately to find an answer to Petchmorakot’s continuous onslaught. In the end however, it was Petchmorakot’s superior Muay Thai skills that earned him the unanimous decision victory and carried him to the ONE Featherweight Muay Thai World Championship.

Dutch middleweight contender Reinier de Ridder remained unbeaten and put himself in great position to challenge Aung La N Sang for the ONE Middleweight World Championship. De Ridder put together an impressive unanimous decision victory over Brazil’s Leandro “Wolf” Ataides in the evening’s co-main event. The two men went back and forth in an exciting three round contest, with Ataides opting to go for power shots, while de Ridder chose to unleash well-timed strikes. In the final round of action, de Ridder turned up the intensity and the aggression as he punished Ataides in the clinch with knees to the body. In the end, it was de Ridder who walked away with the win, and moved one step closer to the ONE World Title. 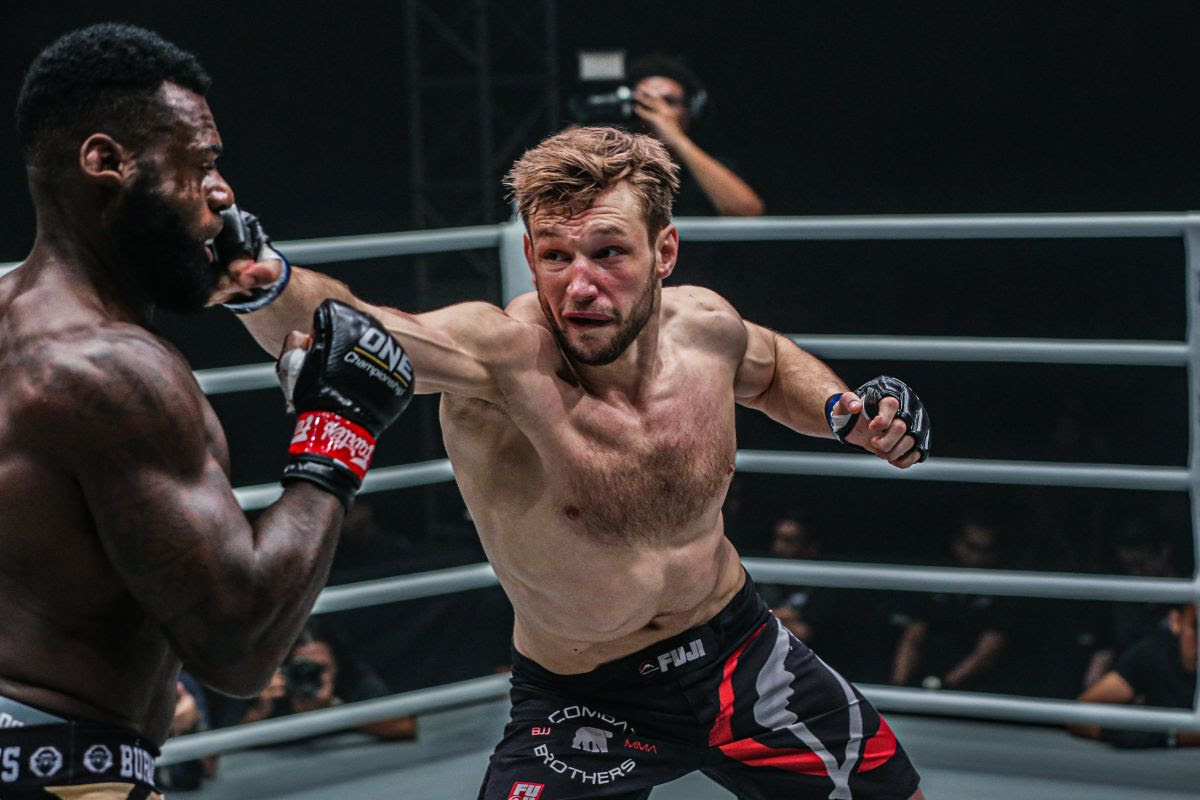 Undefeated Moldovan Iuri Lapicus recorded the biggest win of his career thus far, submitting former ONE Featherweight World Champion Marat “Cobra” Gafurov in the first round of their lightweight bout. Gafurov looked to make a triumphant lightweight debut, but Lapicus had other plans. Lapicus reversed a takedown attempt from the former titleholder in the early going and immediately took the Russian’s back. From there, Lapicus locked in a rear naked choke, leaving Gafurov with no other choice but to tap out. 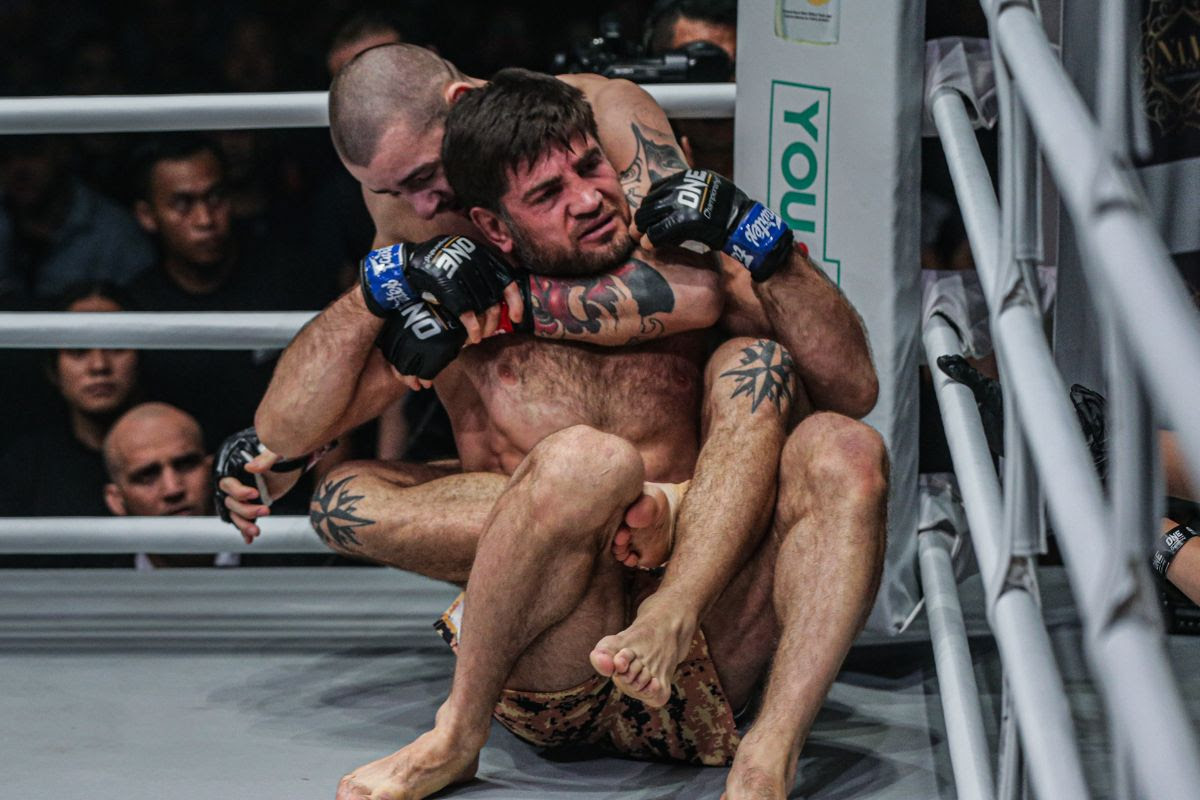 Indonesian star Eko Roni Saputra needed less than a round to put away Cambodia’s Khon Sichan, winning by rear naked choke submission. The multiple-time Indonesian Wrestling Champion Saputra took control right off the bat, taking Sichan down almost immediately. After a brief return to the feet, Saputra took the action to the ground once again, and this time made his way to top position. From there, he began to unload punches and elbows. Saputra eventually took Sichan’s back and locked in the submission to force the tap.

Former ONE World Title challenger Koyomi “Moushigo” Matsushima of Japan returned to his winning ways with a third-round technical knockout win over South Korea’s “The Fighting God” Kim Jae Woong. The two faced off in a featherweight mixed martial arts bout. Matsushima was a takedown machine as he was able to repeatedly bring “The Fighting God” to the mat and dominate the action on the ground. In the final round, Matsushima landed a right hand followed by a left hook that had Kim rocked. Matsushima followed up with more strikes and ground-and-pound to earn the finish.

Japanese women’s atomweight contender Itsuki “Strong Heart Fighter” Hirata stopped ONE Warrior Series product Nyrene “Neutron Bomb” Crowley by technical knockout in the third round to continue her impressive run. Following an action-packed opening round, Hirata showed off her grappling pedigree as she was able to take Crowley down at will and punish her with strikes while in dominant position. In the final round, Hirata scored an early takedown which marked the beginning of the end for Crowley, as “Strong Heart Fighter” maneuvered to back mount and finished things off with heavy ground-and-pound.

Crowd favorite “The Terminator” Sunoto scored a big win at home, defeating fellow Indonesian Nurul Fikri by unanimous decision in a catch weight mixed martial arts clash. Sunoto landed a thunderous left hand early in the opening round, dropping Fikri. There was more control exhibited by Sunoto in the succeeding round as he was able to use his striking to set up a big takedown and punish the newcomer with strikes. Fikri rallied in the final round, scoring an early takedown of his own, but Sunoto secured the win by getting back up and scoring another takedown to end the bout in dominant position.

Abro “The Black Komodo” Fernandes of Indonesia and Timor Leste snatched his second-straight victory with a unanimous decision win over promotional newcomer Eko Priandondo in a flyweight mixed martial arts contest. Fernandes controlled the pace of the bout with his striking, working with jabs and leg kicks to keep Priandondo at bay. “The Black Komodo” was also the more aggressive of the two as he was relentless with his takedown attempts, but just could not complete them. After a back-and-forth three-round bout, it was Fernandes who had his hands raised.

In a ONE Super Series Muay Thai match-up, Japan’s Taiki “Silent Sniper” Naito scored a pair of knockdowns en route to a unanimous decision win over Cyprus’ “The Baby Face Killer” Savvas Michael Petchyindee Academy. A counter right hand from Naito in the second round put Michael down for the first time, setting the tone for the rest of the bout. Another well-placed right hand from Naito in the final round sent Michael down once more to secure the decision victory.

In a ONE Super Series Muay Thai contest, Australian Josh “Timebomb” Tonna provided some early fireworks with a second-round technical knockout of the United Kingdom’s Andy “Punisher” Howson. The opening round saw the two men stand toe-to-toe, with Howson getting the better of the exchanges. Tonna turned up the aggression in the second round, leading to an early knockdown. “Timebomb” then finished things off with a right hook followed by a knee to the head, leaving Howson unable to continue.

Kicking things off in Jakarta, 2019 SEA Games Combat Sambo gold medalist Fajar “Macho” of Indonesia put on a dominant display in his ONE Championship debut, stopping compatriot Egi Rozten in the opening round of their flyweight mixed martial arts bout. Fajar flashed his striking skills before taking the action down to the ground. From there, Fajar was unstoppable, as he cut through Rozten’s guard and began dropping punches and elbows to score the technical knockout.

Official Results for ONE: WARRIOR’S CODE