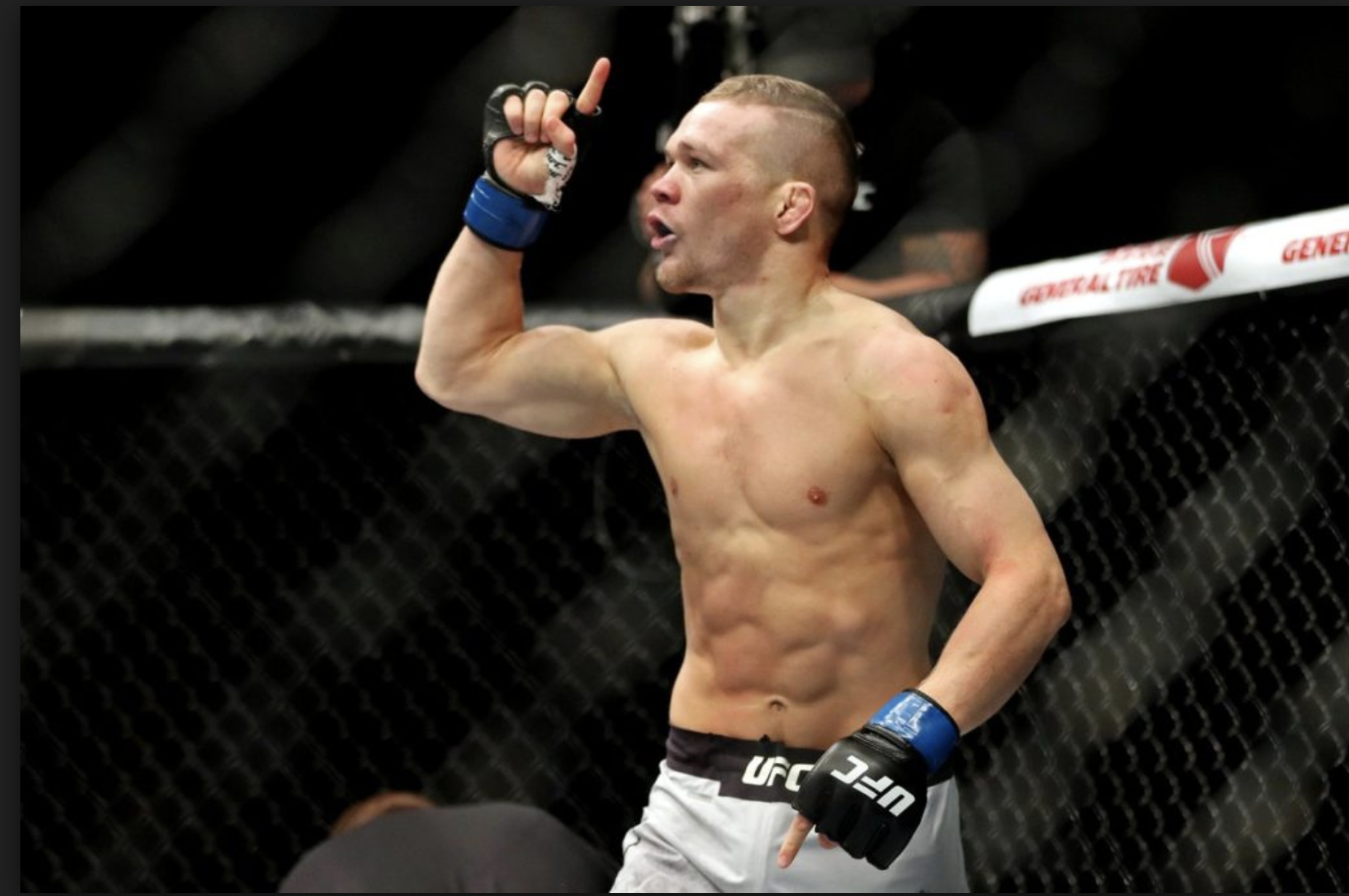 Keep your eyes on 26-year-old Russian bantamweight contender, Petr Yan who will face former flyweight title-challenger and The Ultimate Fighter 14 winner John Dodson (20-10) on the main card in Prague, the Czech Republic on Saturday.

There are several amazing fighters competing this weekend from prospects like Magomed Ankalaev, Carlo Pedersoli, and Polo Reyes to main event brawlers Thiago Santos and Jan Blachowicz but one fighter really stands out on this card, and that’s Yan.

Yan earned his contract in the UFC after impressing in Russia for ACB (now known as ACB). Yan went 7-1 in Russia, winning the bantamweight title and redeeming his only professional loss in the process.

Since joining the UFC, Yan has gone undefeated in his three Octagon appearances.

Yan made his debut against Teruto Ishihara at UFC Singapore on June 23, 2018. Yan smoked Ishihara in one round to earn a knockout victory. Yan would then go on to defeat Jin Soo Son and then earned the biggest win of his career when he defeatedDouglas da Silva Andrade at UFC 232 via second-round TKO.

Since his arrival on the UFC roster, Yan averages over seven significant strikes per minute. Yan also holds a 51 percent striking accuracy, as well as a 70 percent striking defense. Yan isn’t just a striker though.

Despite his foundation style being boxing, Yan averages over one takedown per 15 minutes with a 60 percent takedown accuracy, as well as a 90 percent takedown defense. In his most recent bout, Yan landed three takedowns when he mauled Andrade with brutal ground and pound which eventually made Andrade’s corner stop the bout before the third round began.

Alongside incredible stats, Yan is exciting to watch. He has finished two of his three Octagon appearances, as well as earning a Fight of the Night bonus in his only decision win. When Yan fights, he is always on the front foot as the aggressor. Yan has the potential to be a future UFC champion.

Yan also likes to stay active. Since April 15, 2017, Yan has fought five times, three of which was in his debut year inside the Octagon. The longest Yan has gone without a fight was nine months, due to his opponent being injured.