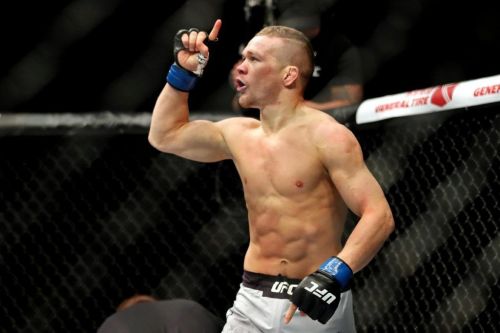 The Russian Petr Yan is currently on a nine-fight win streak and has been brutally knocking out his opponents left right and centre. He has also interestingly started a heated rivalry with the former UFC bantamweight champion Cody Garbrandt. Yan has now again verbally blasted Garbrandt in an interview. 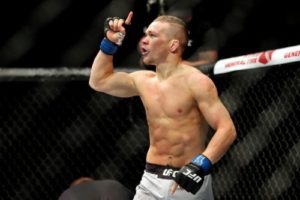 Yan recently gave an interview to BJ Penn.com. He claimed that Garbrandt is an “all bark, no bite puppy”. He also went ahead and stated that he would love to put on a Russian boxing clinic on Garbrandt. Here’s what he had to say:

Nothing really happened. Cody wrote ‘get this mfer’ on Dana White’s Instagram page, I jokingly replied that ‘you are next, no chin’ and he tried to act tough and crossed the line by commenting that he will see me tomorrow and smack me like a little hoe. You all saw what happened when he saw me face to face. He was hiding his hands behind the back first and then acted all emotional, needless to say, he didn’t back his words proving that he is all talk. He is a puppy. He only barks but doesn’t bite. To be honest at this stage of my career I’m not interested in this fight at all. I believe I deserve to fight for the title next and will talk to UFC about that first. After that, we can plan and see what fights will make sense. In the future, it’s still possible if he can get back in the mix. I would love to put on a Russian boxing clinic on him. Maybe he has speed and power but he can’t take a punch. So it’s just a matter of time before I can catch him and after that, you will see another fall of the man with no chin. Now I understand he talks big just to stay relevant. Trying to attach his name to mine, because I just won the fight and  I’m on the rise. He needs to win a fight first before calling me out.

Previous articleKhabib praises Cristiano Ronaldo after he made a kid without limbs happy by playing with him
Next articleUFC President Dana White claims Conor McGregor has two men in sight after Cerrone fight: Khabib or Masvidal