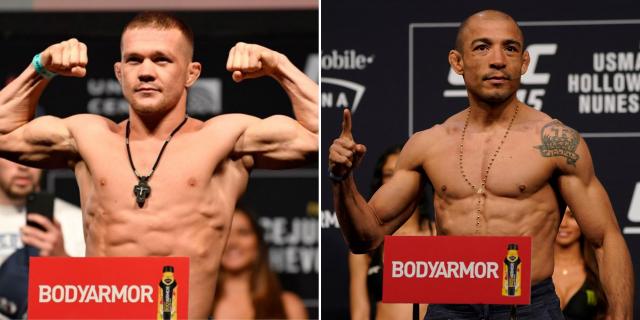 According to MMAFighting, the promotion is planning to set the match-up on July 11 at UFC 251. Aldo was scheduled to fight Henry Cejudo last month, but he had to pull out of the fight following travel restrictions imposed by the Coronavirus outbreak. 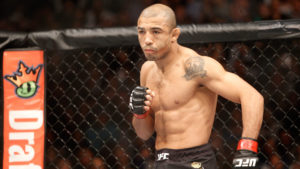 Cejudo ended up fighting Dominick Cruz and knocked him out in the second round. Following his victory, Cejudo announced his retirement from the sport, and last week he was stripped of his title by the UFC.

"My people are probably going to kill me for this one…"@danawhite spilled the beans on trying to put together @PetrYanUFC vs. @josealdojunior for the vacant UFC bantamweight title 😏 (via @SportsCenter) pic.twitter.com/AIcd3lLIlD

“I’ll break this right here and right now but my people are probably going to kill me for this one,” White said in a recent appearance on SportsCenter. “But Cejudo has retired so we are talking about Petr Yan vs. Jose Aldo for the vacant title. We don’t have a date or a place set for that but that’s the fight we are looking at right now.”

Jose Aldo moved down from featherweight last year and made his bantamweight debut at UFC 245. He fought Marlon Moraes and lost via a razor-thin split decision. Prior to moving down to 135lbs, Aldo lost in a one-sided fight against Alexander Volkanovski at UFC 237.

On the other hand, Petr Yan is coming off of an incredible knockout win over Urijah Faber at UFC 245. He has fought six times in the UFC and has been undefeated so far inside the organization.

Jose Aldo had to previously pull out of his fight against Cejudo last month because of Coronavirus related travel restrictions. The coronavirus situation in Brazil is getting worst as the country now has the second-highest number of cases globally.

Currently, there have been 414k positive cases of Coronavirus in Brazil and over 25,000 people have lost their lives. Jose Aldo’s longtime coach Andre Pederneiras has also tested positive for Coronavirus.

In an Instagram post, Andre revealed that he has been isolating himself in his house and doing well.

“I took the Covid-19 test and it was positive. I am well, fulfilling my isolation at home, and my biggest concern at this moment is to continue our fundraising campaign, because the hunger of the less fortunate cannot fail to be quenched due to a MOMENTARY low medical in the middle of this war that we are fighting, to feed the less fortunate.

“Regardless of whether I am unable to go to the street, our army of ATHLETES AND COLLABORATORS will continue to distribute the basic food baskets at the scheduled times – and as soon as I am free, I will be back in front of everything, buying and distributing the food TOGETHER WE WIN THIS WAR.

“Every week I go to the bank to get the statement to account for the campaign. Unfortunately, this week I will have to post the cell phone statement (which I don’t like to do because it doesn’t show the name of André Pederneiras Institute and the value together), but as soon as I’m released to leave, I’ll post the statement the way it came making.

“The motto of my life has always been FIGHTING TO WIN, and it will be no different now!! My thanks to everyone who is donating and helping these people in need in some way.” Andre wrote on Instagram.

Previous article3 former UFC Champions show up with Mike Tyson to fight on AEW!
Next articleJustin Gaethje reveals why he wants to fight Conor McGregor