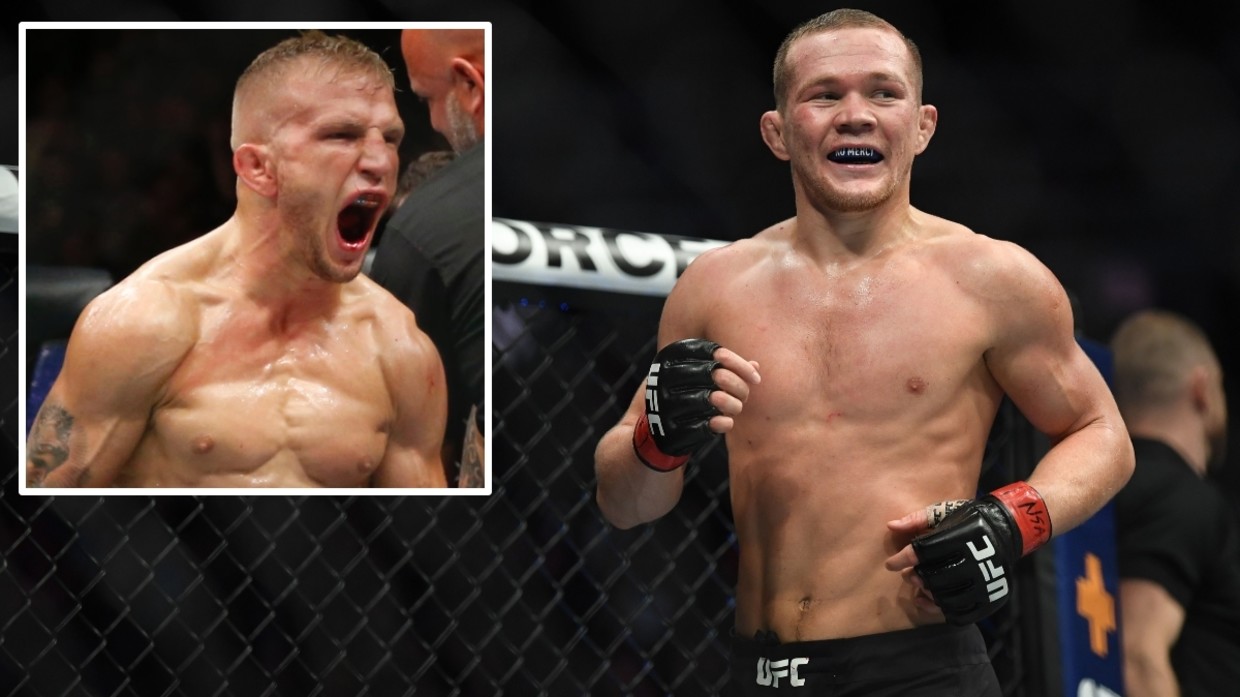 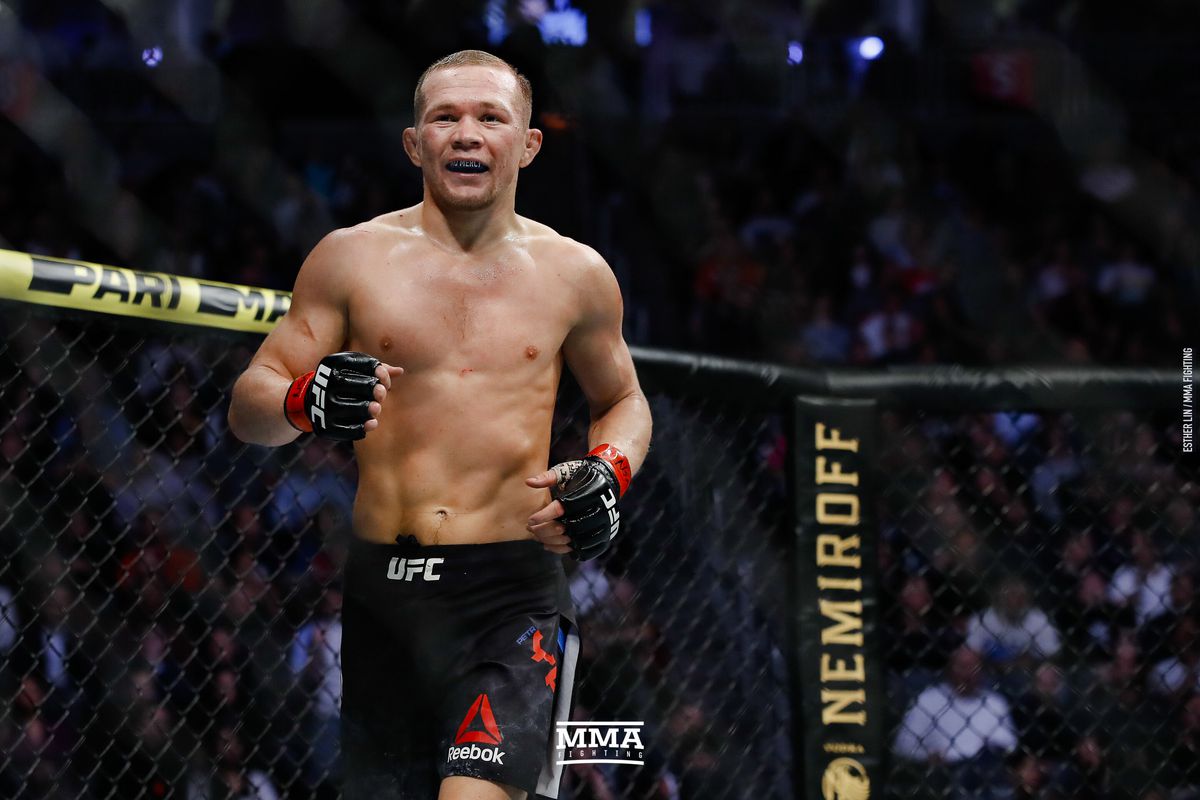 In 2019, T.J. Dillashaw relinquished his bantamweight title after testing positive for EPO concerning his flyweight title fight against Henry Cejudo and was suspended for two years by USADA. Dillashaw will be eligible to return to fighting this upcoming January, and when he can comes back, Dillashaw is hoping to get right back to where he was before his suspension. 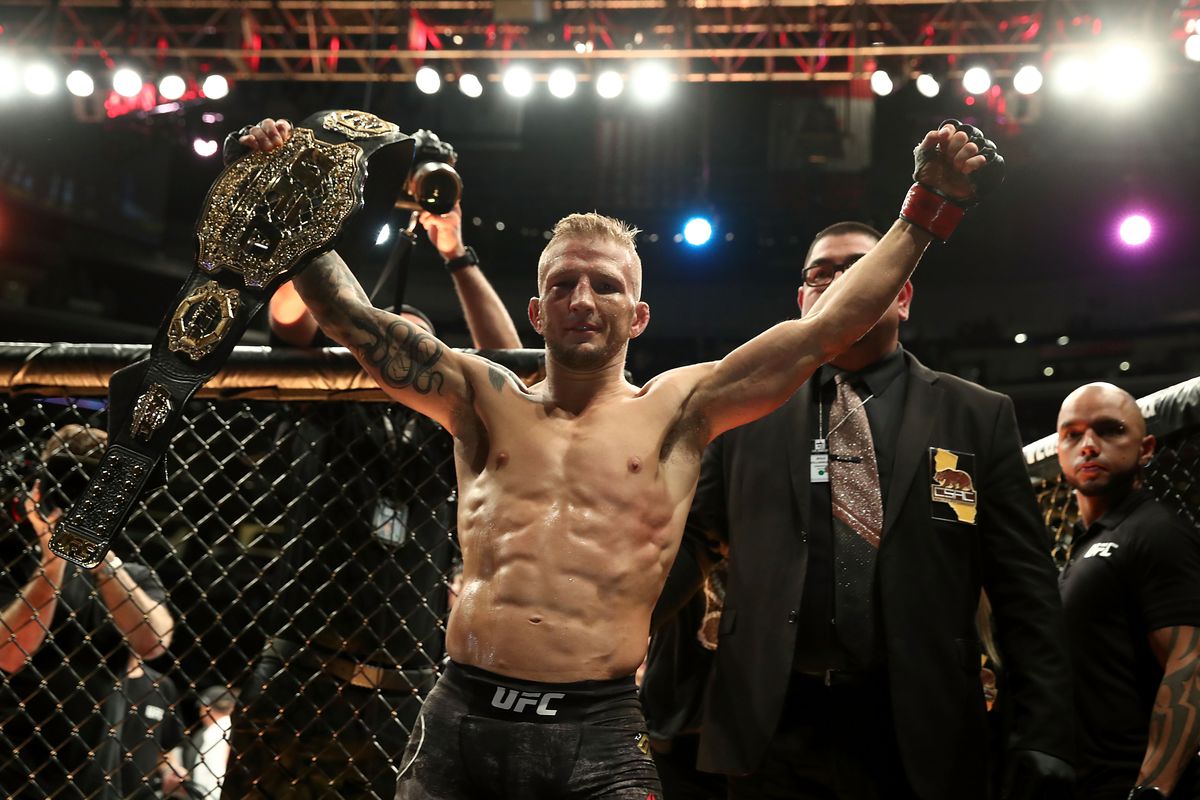 “I want that title. I want it right away,” Dillashaw told ESPN this week (via MMA Fighting). “You’ve got a guy Petr Yan who beat someone for the belt that is 0-2 in the division. Jose Aldo has two losses [at bantamweight] and he beat him for the title so how are you calling yourself a champion? To me, you’re an interim champion. That belt has changed hands every fight. There’s been no one there sitting there being dominant. That is my belt so I want to come back, I want that title fight.

“I know Aljamain Sterling and Yan are fighting, which is deserved,” Dillashaw added. “Sterling’s been looking good, he’s dominant. Get that fight out of the way and I want the winner. I was hoping they were going to fight the 12th but that got pushed back so we’ll see what comes of it. There’s no messing around. I don’t want no tune-up fights.”

Dillashaw was suspended for two years after testing positive for banned substances in his system following his failed bid at claiming the flyweight title against Henry Cejudo.

Following his ban, the Bantamweight title became vacant seeing Henry Cejudo move up a division to claim his second title after defeating Marlon Moraes at UFC 238. Following his claiming of the title Cejudo defended it once again against former champion Dominick Cruz at UFC 249. 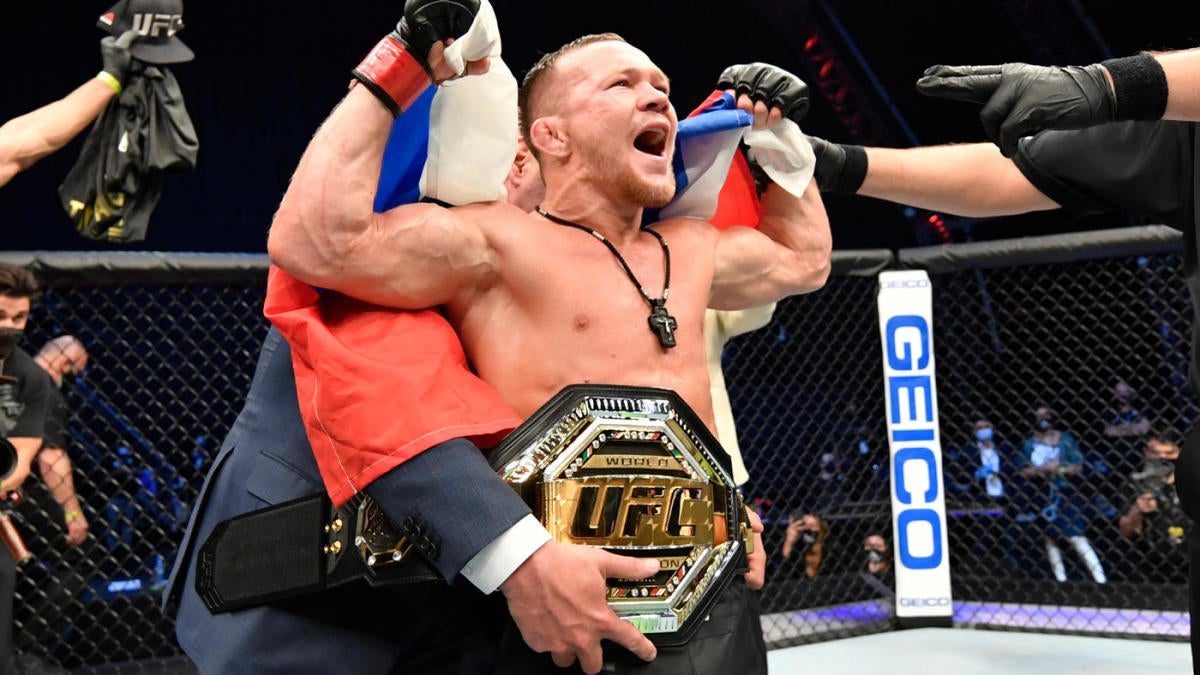 Since then Cejudo has retired and Petr Yan faced off against former Featherweight champion Jose Aldo for the once again vacant Bantamweight title. After emerging victorious Yan has been attached to a fight with number one contender Aljamain Sterling.

Yan took to Twitter to respond sharing a few words with the former champion, simply telling him to wait in line.

Who would win between TJ Dillashaw and Petr Yan?