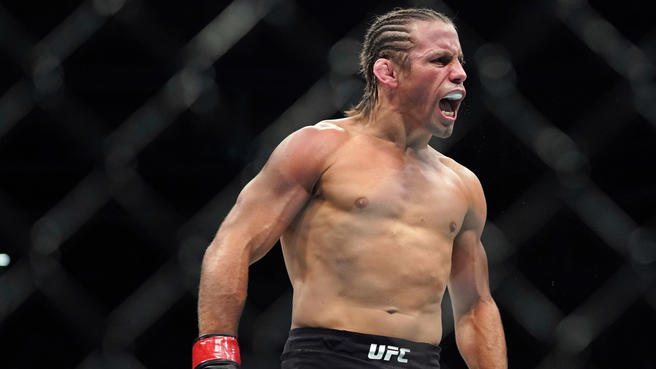 Urijah Faber made his return to the Octagon this year in July. However, it seems that the Team Alpha Male coach is retiring once again.

Faber came out of a two and a half year retirement in a spectacular fashion by knocking out Ricky Simon  at UFC Sacramento. The UFC Hall of Famer then called out Henry Cejudo for a title shot. That fight failed to happen and word was out that Faber instead was offered a fight with Petr Yan.

If Yan’s manager Daniel Rubenstein is to be believed, The California Kid turned down the fight. And not just that, the 40 year old also retired from the sport for a second time, according to Rubenstein.

“Petr’s already accepted a fight vs Faber, but Faber is apparently re-retired. If Frankie wants to fight in Vegas Dec 14, would be Petr’s honor to fight a legend like him. Wish @funkmasterMMA a speedy recovery,” Rubenstein wrote on Twitter.

Journalist Ariel Helwani then inquired about the matter to Daniel.

since he was offered a fight vs Petr Yan.

“since he was offered a fight vs. Petr Yan,” the manager wrote.

Yan is undefeated in his five fights under the UFC banner and has amassed a professional record of 13-1. He has also called out Aljamain Sterling for an interim title shot while Cejudo is sidelined with injury.

When Faber returned to fighting he hadn’t made it clear whether he had long terms goal or it was a one and done kind of a deal. Even if he decides to hang his gloves, once and for all, he will still be among the UFC bantamweight greats.