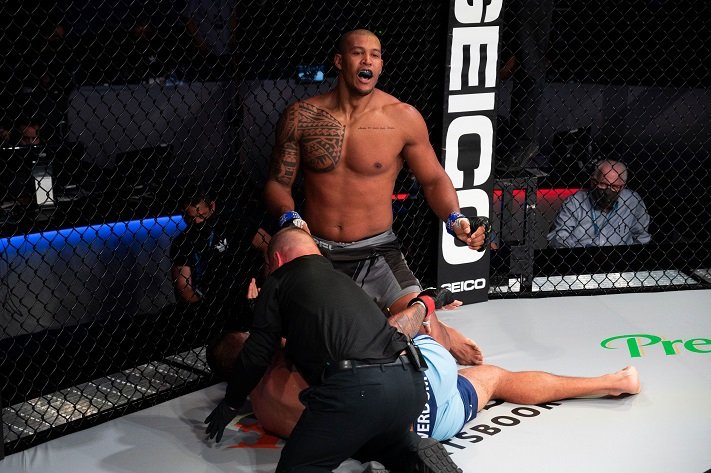 A former UFC heavyweight champion, Werdum switched to PFL after signing a multi-fight deal with the promotion back in November last year, four months after his final UFC appearance against Alexander Gustafsson at UFC Fight Island 3.

The PFL 3 main event result has brought in some controversy, as while Ferreira’s first-round TKO is registered as the official stoppage win, video clips show that moments before the knockout, Ferreira tapped twice as he was held in a triangle choke by Werdum.

Before his finish against Fabricio Werdum, Renan Ferreira appeared to tap Werdum twice on the shoulder. #2021PFL3 pic.twitter.com/1M5ktz4xX4

It is understood that the angle was difficult for referee Keith Peterson to notice Ferreira’s taps, who embarked on a flurry of punches on Werdun and marked a win at 2:32 of the opening round.

“I don’t want to say nothing to him,” said Werdum after the fight, “but he knows in his mind that he tapped. And it’s not fair.”

Heavy ground and pound from Kayla Harrison! This one is over! #2021PFL3 LIVE NOW
🇺🇸 ESPN
🌎 https://t.co/WfOt9XBfzk pic.twitter.com/d7f7M1ZX7q

Check out the full PFL 3 results below: