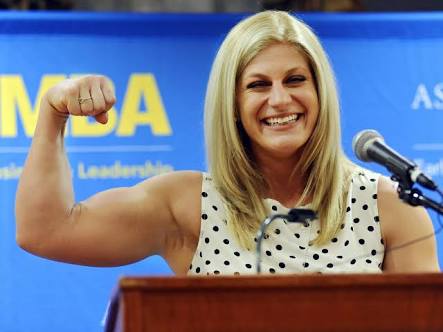 Judo beast Kayla Harrison would look to end 2018 on a high as she takes on Moriel Charneski at PFL 11 on December 21 in New York City, New York.

A female Olympic medalist making her transition into MMA and then dominating in her fights, sounds familiar? A similar blueprint as former UFC bantamweight champ and women’s MMA pioneer Ronda Rousey. Harrison however has a gold compared to Rousey’s bronze and comes in at a whooping 20 pounds more than Rousey at 155 pounds.

Harrison made her pro MMA debut against Brittney Elkin at PFL 2 earlier this year in June. Expectedly she won the fight via first round submission. Harrison then fought Jozette Cotton at PFL 6 in August. She won the fight via TKO in the third round.

Competing as a lightweight, Harrison as expressed a wish to drop down to featherweight even though she condemns weight cutting. Harrison has also hinted a probable fight against UFC featherweight champ Cris Cyborg somewhere down the line.

The Professional Fighting League (PFL) formerly the World Series of Fighting (WSOF) has proven to be a factory of elite fighters for the UFC. Their products Lightweight champion Justin Gaethje, bantamweight champion Marlon Moraes and middleweight and light heavyweight champion David Branch are causing some serious waves in their respective divisions.