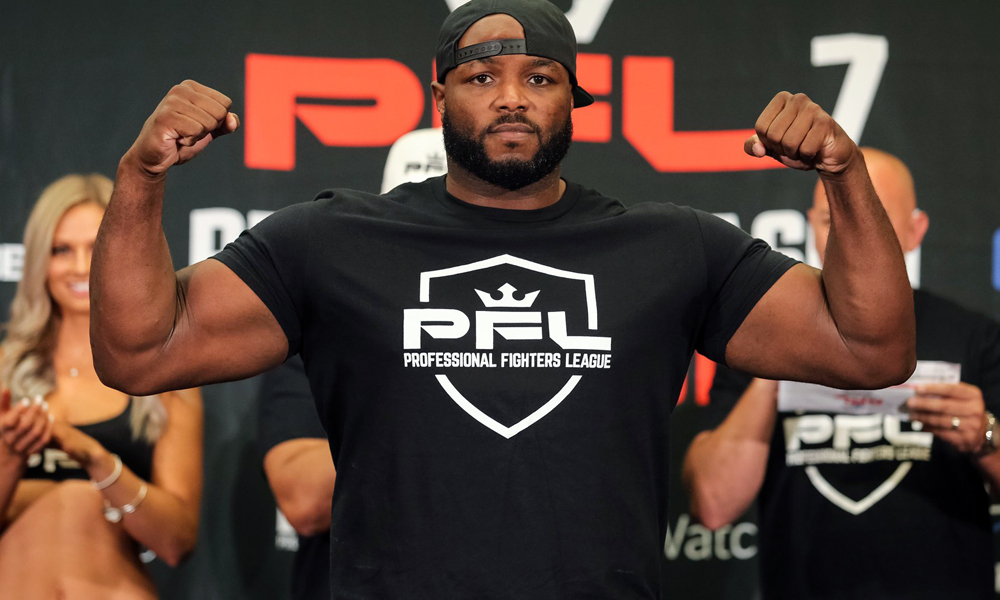 Heavyweight fighter LeRoy Johnson remains hospitalized after undergoing a surgery on Friday after a brutal knockout loss to Muhammed De’Reese at the Ocean Resort Casino in Atlantic City, New Jersey.

Johnson fell on his face after getting a knee to the chin shot by De’Reese delivered and stayed unconscious for eight minutes in the opening round of the fight. 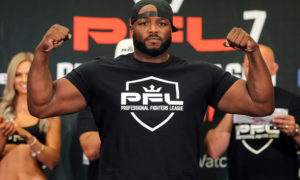 According to his manager, Daniel Rubenstein, Johnson needed two surgeries, and one of them was for a slipped vertebrae.

“For those wondering about LeRoy Johnson, here’s the update I have. had emergency surgery for a vertebrae that slipped out of place & a 2nd surgery for high blood pressure issues. Has feeling in arms and legs. PFL flying his fiancé to Philly to be with him. Thats all I know now.”

38-year-old LeRoy was then transported to a hospital nearby where the event was being held. LeRoy turned professional back in 2014 and had compiled a record of 8-3 inside the Octagon.