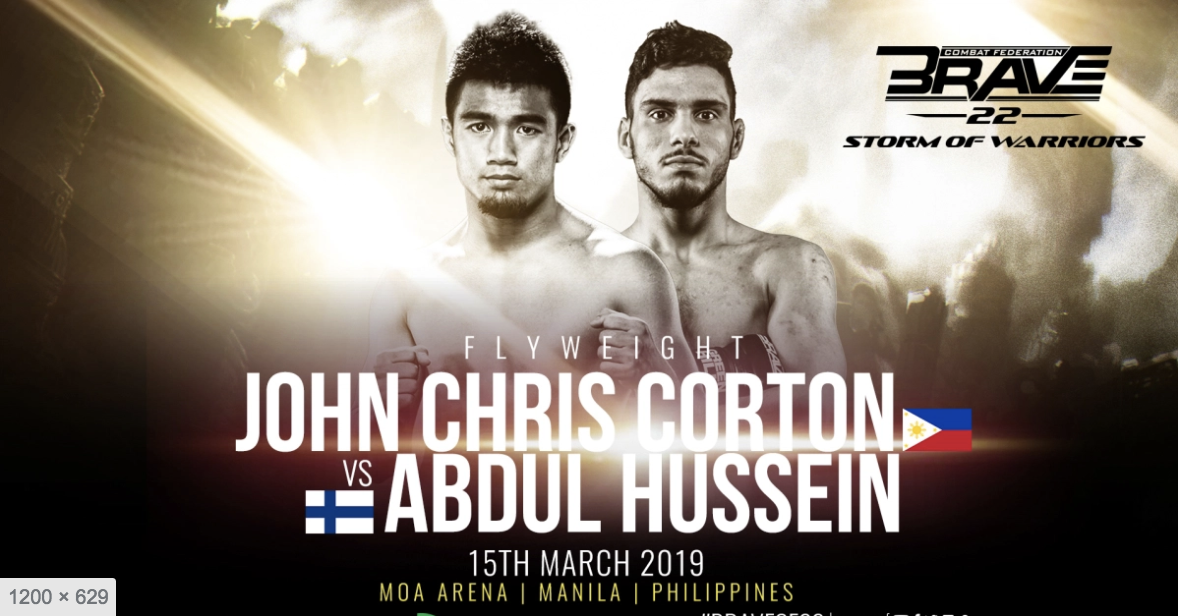 John Cris Corton is riding a high ahead of his home debut for Brave Combat Federation. Scheduled to take on Abdul Hussein at Brave 22: Storm of Warriors, this Friday (15), in his home country of the Philippines, “Happy Feet” is on the brink of getting title contender status. He hopes a decisive win against his Finnish opponent will be enough to start being included in the Flyweight’s division finest fighters.
In a division full of killers, such as Jose Torres, Amir Albazi, Marcel Adur, Velimurad Alkhasov, and 10-time jiu-jitsu world champion Bruno Malfacine, Corton has built himself a nice win streak which he continued in his Brave debut. The Filipino warrior dominated Bahrain’s Hussain Maki en route to a unanimous decision victory back at Brave 16.
Now he will have the opportunity to fight in front of his home fans and alongside his fellow Team Lakay teammates, as he joins Bantamweight champion Stephen Loman, Jeremy Pacatiw, among others, on fight night.
However, he will have a tough assignment to deal with. His opponent, Abdul Hussein, holds a professional record of 5 wins and only one loss as a professional. “ABBA” is one of the most prominent amateur athletes to make a successful transition. In his most recent appearance, Hussein beat Sylvester Chipfumbu via unanimous decision last December, in South Africa.
Brave 22: Storm of Warriors will take place on March 15, at the Mall of Asia Arena, in Manila, Philippines. The event will be the first one held by Brave Combat Federation in the country and will be headlined by Loman, who defends his Bantamweight crown against former Featherweight titleholder Elias Boudegzdame.