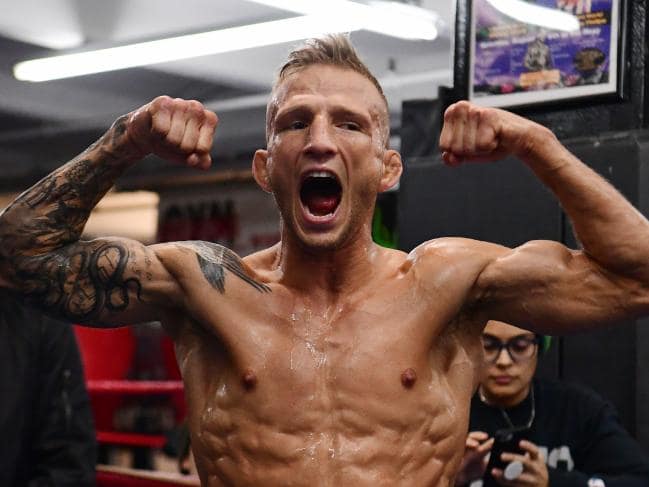 TJ Dillashaw was moving down to flyweight division to fight a much smaller fighter in Henry Cejudo and despite having all the advantages, he lost the fight via knockout in just 32-seconds. 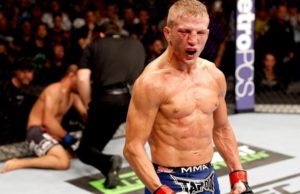 With his return to the Octagon not happening till early 2021, he isn’t seating idle. Dillashaw took to social media to post pics, where he looked incredibly buffed alongside Rampage Jackson, Raymond Daniels and Juan Archuleta.

TJ Dillashaw has been saying for quite some time now that the UFC bantamweight division needs him back and that he messed up in his last fight by taking EPO.

“That bantamweight division needs me back,” Dillashaw said in a recent interview with Helen Yee (h/t BJPenn.com). “They need the entertainment back and they need me to come back and throw some wrinkles in the weight class and create some tension.”

“Me. When I come back. That’s why they need me back, they need someone to cause some fire, cause some rift. That is my weight class, I had to give that belt up and fair enough, I understand,” Dillashaw said. “I f****d up, and I had to relinquish it. But, I didn’t lose. That’s my belt, I’m still calling it my belt. I’m still the champion of the world. When I come back I will reclaim it.”

“I want to prove to everyone that my hard work is what’s gotten me to where I’m at. So, most likely [I’ll return to] bantamweight as that’s the belt that’s mine. You know, I never lost it, I had to hand it over. And fair enough, I understand, I f****d up, but I’m gonna come back and have that belt around my waist.”

Who do you guys want to see Dillashaw fight in his Octagon return?