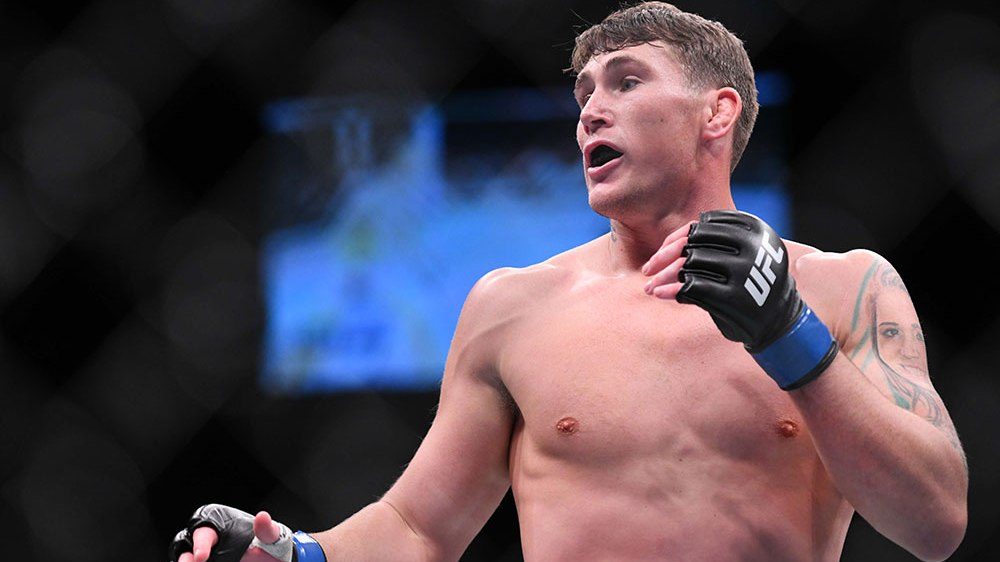 After going through a couple of crushing losses, Darren Till will be making his middleweight debut at UFC 244. He is currently in training camp for his fight and the British looks absolutely huge in the pictures that have surfaced from his training.

Till’s biceps look bigger than ever before in the picture shared on Twitter. Check out the image below.

Darren Till is looking swole ahead of his middleweight debut at #UFC 244. 👀👀

Till last stepped into the Octagon back in March against Jorge Masvidal. He was knocked out cold in the second round by Masvidal. Prior to that he had faced a similar result at the hands of former champion Tyron Woodley. Till’s weight cut has been instrumental in his declining performance. After getting knocked out by Masvidal earlier this year at UFC London, he realized that his chin was being compromised by the massive weight cut and after talking to his team, decided to move to 185 lbs.

Darren Till had also missed weights prior to the these two fights. In his win over Stephen Thompson he had missed the scale by 4 pounds. The shocking video released of Till struggling to cut all his weight made fans and media wonder if Till should make the move up to middleweight. Aged 26 years, Till’s body has been finding it very hard to fit into the 170 pound mark.

In his middleweight debut, Till will be facing former title contender Kelvin Gastelum. Gastelum was also a former welterweight who had similar issues in weight cutting. However, since the move to 185 pounds, he has racked up wins over notable names and came inches within becoming the interim champ.

Till’s first fight at middleweight will be a testimonial to the fact if he can turn things around in a similar manner as Gastelum.

Darren Till vs Kelvin Gastelum reportedly set for UFC 244!