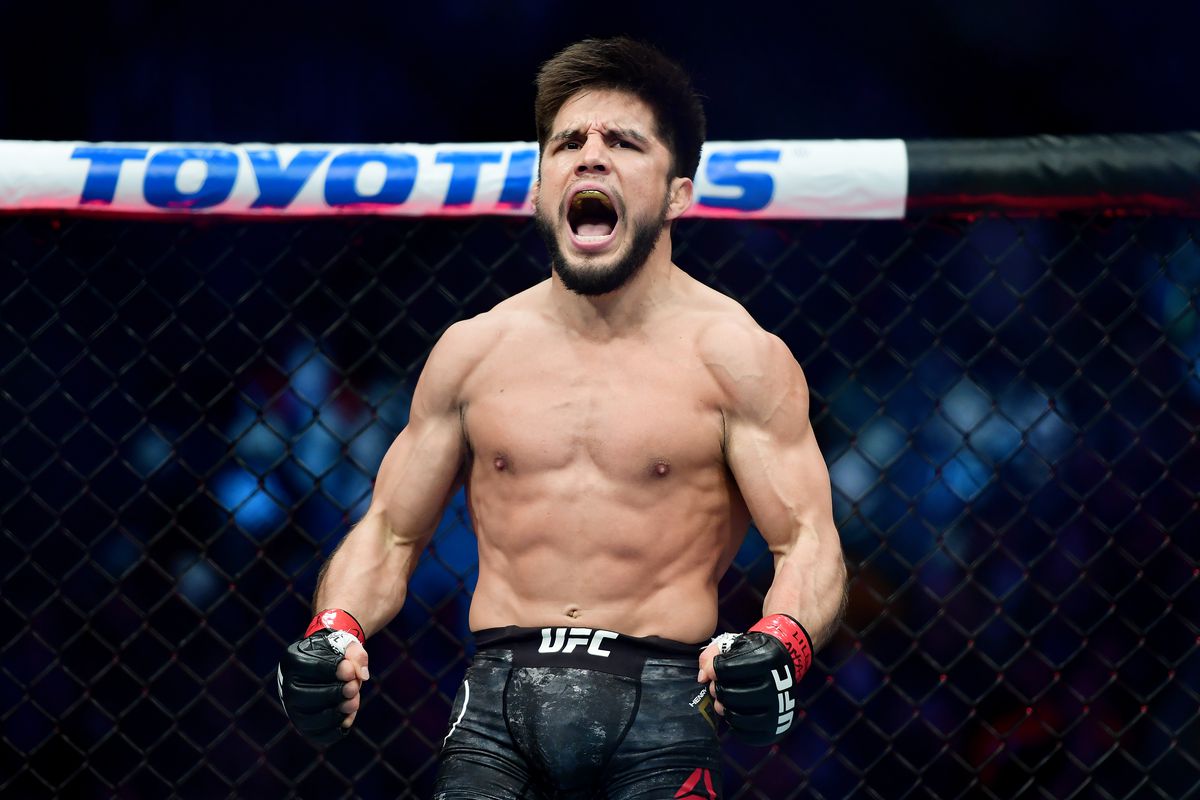 Henry Cejudo has taken it upon himself to reach new heights of being cringy. Being someone whose has criticized fellow flyweights for not bringing in enough persona, he makes up for the lack of it himself.

With Halloween around, athletes around the world have taken their turn to come up with new and unique ideas. The flyweight and bantamweight champ too hasn’t chided away from the same. In a recent picture posted on Twitter, Cejudo has taken a dig at the former bantamweight champion Dominick Cruz.

Cejudo can be seen holding a leash, which actually looks like a snake, around a guy that has Cruz’s name written on his T-shirt.

“Triple C” has been calling out for a fight with Dominick for quite some time now. It began when he brought up Cruz’s name as a tune-up fight. That didn’t sit very well with the latter who called him a ‘lil man’ in an Instagram post.

Cruz later accepted that he believed that the UFC is interested in booking a fight between the two. “I think UFC is pretty interested in booking us,” Cruz said, per MMA Mania’s Adam Guillen Jr. “You have to look at what’s been done. I set the most records in this division, first-ever to hold the title here. I had it for the longest time of anybody in the division and the people that I beat to get to the title, I didn’t have an easy road,” he added. “And not to mention my own setbacks that I’ve had on top of that.”

Previous articleWatch: Hilarious Johnny Walker loses his footing during stare downs but saves grace with his goofy-ness!
Next articleNate Diaz undecided on Conor McGregor trilogy; not looking past UFC 244 showdown