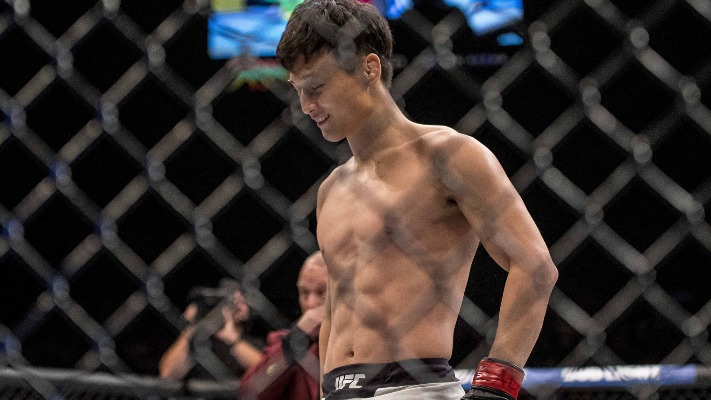 Doo Ho Choi and Charles Jourdain went to war at UFC Busan. The two featherweights threw everything from kicks to hard hitting punches to flying knees. From the onset of the fight it was clear that one of the two was going to hit the mat for the fight to stop.

Choi had his share of success. He dropped Jourdain after rocking him several times. However, “The Korean Superboy” stumbled with just a minute left in the second round. He got knocked out resulting in his third loss in a row.

After the fight, the news broke out that Choi had actually fractured his arm. The reason for the broken arm remains unclear. He did throw some nasty elbows that may have done the damage.

"The Korean Superboy" Choi Doo Ho broke his forearm in the first round of his fight with Charles Jourdain at #UFCBusan. X-ray below
📷 Team MAD IG pic.twitter.com/b7UYKPfP6z

The loss was his third on the trot, with the last two of them coming via knockouts. It was his first fight since January of 2018. This was because he has been in the process of finalizing his mandatory military service and can’t leave South Korea. Since this event was taking place in his own nation of South Korea, he could take the time out to compete.

“The Korean Superboy’s” future looks uncertain as of now. He will miss a couple of years due to his military commitments. It will be interesting to note what approach the UFC takes regarding him. He certainly has a fan following for his reckless fighting style. Apart from that, fighters coming from a country that doesn’t have a lot of UFC fighters tend to have a strong fan base in their respective countries.