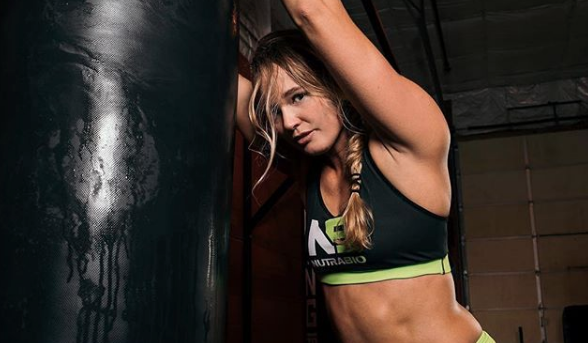 Andrea Lee is an American kickboxer and mixed martial artist who compete in the flyweight division. In her short duration of career, have so many achievements and least number of losses. She is pretty much determined to get bigger heights in the fight business. 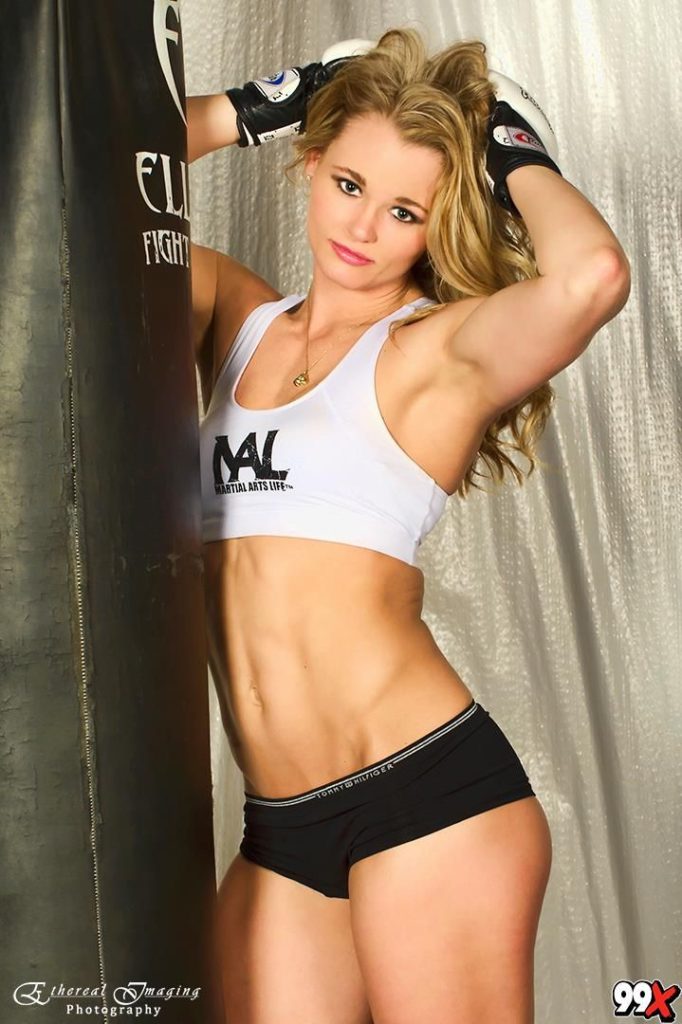 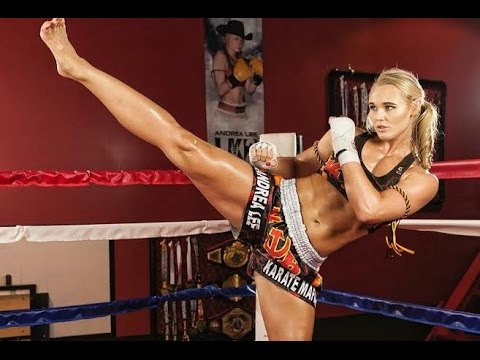 The American kickboxer, and mixed martial arts player Andrea Lee is a top 10 world ranked flyweight fighters currently signed with UFC and is expected to make her promotional debut in early 2018. She is an American by birth. She is also known as “KGB” due to her Eastern European looks and toughness. 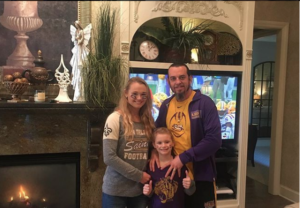 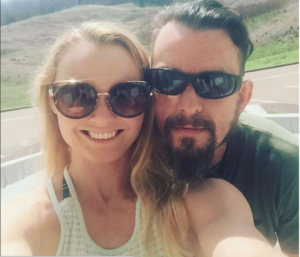 She was born on 11th February in 1989 at Atlanta, Texas, U.S. Her father is Cherly and mother is Lent Lee. She graduated from Queen City High School where she completed power-lifting and Volleyball. She belongs to the team named Karate Mafia and an American practitioner of Muay Thai, Brazilian jiu-jitsu. Andrea is married to her coach Donny, they have a daughter named Ainslee. She used to work as a waitress in Bossier City at a Buffalo wild Wings, a local ­sports bar where she first exposed to MMA through the PPV viewings shown over there.

For the first time, she found a coach Donny Aaron, who took in Andrea and gave her a new identity as a boxer. Andrea started martial art training at the age of 19. Later she started wrestling and now has the Brown Belt in Kyokushin.

She is the first person who has so far won the triple crown in amateur Muay Thai- the IKF, WKA , and TBA altogether in one year around 2014. She entered into Kickboxing in 2015. Same year in december, she was awarded purple belt in Brazilian jiu-jitsu from Reion Gracie.

She is a well trained mixed martial artist with a good skill set as she is trained in Muay Thai, kickboxing, Brazilian jiu-jitsu, boxing and judo. She is also the LFA and legacy fighting championships flyweight world champion.

Andrea Lee’s first opponent in her Invicta FC debut was Shannon Sinn, a fight in which she won by unanimous decision. Next she faced Roxanne Modafferi, who defeated her in a close split decision. Lee bounced back by defeating Rachael Ostovich at Invicta FC 14: Evinger vs. Kianzad via armbar submission with seconds left in the fight. Lee would then fight for Legacy FC where she defeated Ariel Beck to become the Legacy FC Flyweight Champion. In 2016, she fought again for Invicta where Sarah D’Alelio choked her out. Afterwards, she would face a nine-month suspension due to a positive drug test for a diuretic.

Lee would make her return to Invicta at the beginning of 2017 with a quick knockout victory over Jenny Liou. The following month, she defeated Heather Bassett to become the inaugural LFA women’s flyweight champion. Lee followed up with a decision win over Liz Tracy in Invicta and a successful LFA title defense over Jamie Thorton in her fourth fight of the year. 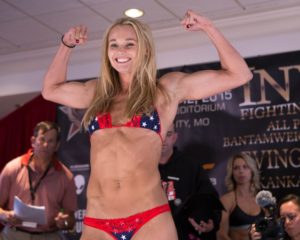 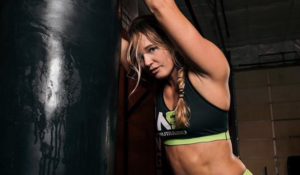 In September, Lee signed with the UFC initially to make her promotional debut just two weeks after her last fight. She was expected to face Kalindra Faria at UFC 216 but within hours of the bout announcement she was pulled from the card due to a clause in the UFC Anti Doping Policy, which requires fighters with prior violations to serve a 6-month period in the testing pool prior to competing.On February 26, 2018 it was announced that Lee’s debut had been rescheduled for UFC Chile on May 19. She is expected to face Veronica Macedo at the even.