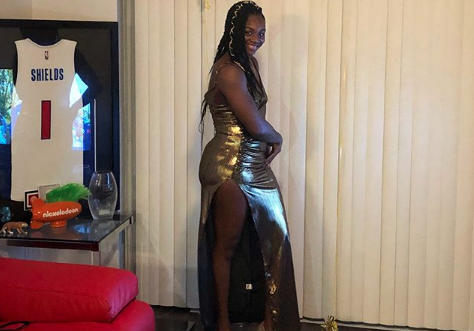 As an amateur she won a gold medal in the women’s middleweight division at the 2012 and 2016 Olympics, making her the first American boxer—female or male—to win consecutive Olympic medals. Shields was the youngest boxer at the February 2012 U.S. Olympic trials, winning the event in the 165 lb (75 kg) middleweight division. In May, she qualified for the 2012 Olympics, the first year in which women’s boxing was an Olympic event, and went on to become the first American woman to win an Olympic gold medal in boxing. 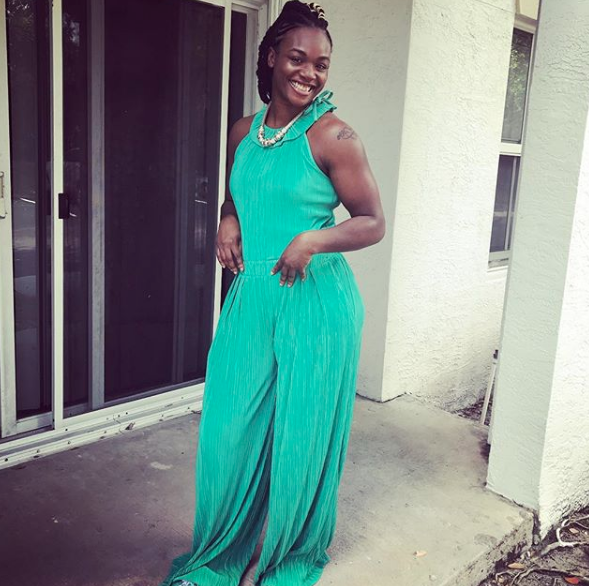 Shields was born and raised in Flint, Michigan, where she was a high school junior in May 2012. She was introduced to boxing by her father, Bo Shields, who had boxed in underground leagues. Bo was in prison from the time Shields was two years old, and released when she was nine. After his release he talked to her about boxer Laila Ali, piquing her interest in the sport, although Bo nevertheless believed that boxing was a men’s sport and refused to allow Shields to pursue it until she was eleven. At that time she began boxing, often to the dismay of the Beary-Hands, at Berston Field House in Flint, where she met her coach and trainer, Jason Crutchfield. Shields credits her grandmother with encouraging her to not accept restrictions based on her gender. 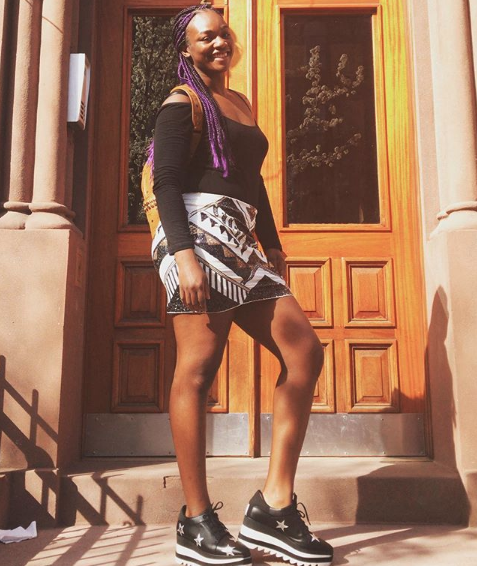 After winning two Junior Olympic championships Shields competed in her first open-division tournament, the National Police Athletic League Championships 2011; she won the middleweight title and was named top overall fighter as well as qualifying for the U.S. Olympic trials. At the trials in she defeated the reigning national champion, Franchon Crews, the 2010 world champion, Andrecia Wasson, and Pittsburgh’s Tika Hemingway to win the middleweight class. In April 2011, she won her weight class at the Women’s Elite Continental Championships in Cornwall, Ontario against three-time defending world champion Mary Spencer of Canada; she held an undefeated record of 25 wins and 0 losses at that point. 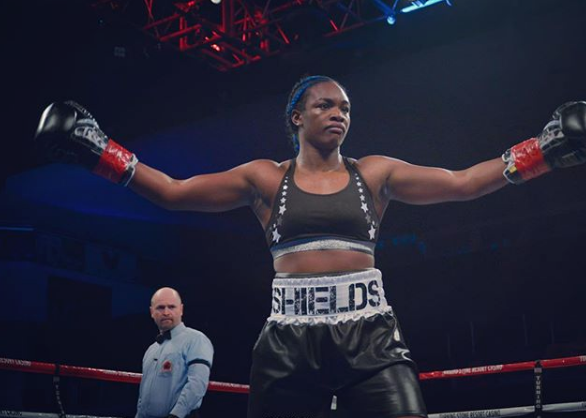 Following Shields’ victory at the U.S. Olympic trials, it was initially reported that she would need only a top-8 finish at the 2012 AIBA Women’s World Boxing Championships in Qinhuangdao, China, in order to qualify for the 2012 Olympics. On May 10, the day after the contest began but before Shields’ first bout, a change to the rules was announced that meant Shields would need to place in the top two from the (North, Central, and South) American Boxing Confederation region of AIBA (AMBC).  Shields won her first round, but suffered an upset loss in the second round on May 13 to Savannah Marshall of England, bringing Shields’ record to 26-1. Her chances for qualification thus depended on Marshall’s subsequent performance; after Marshall advanced to the middleweight finals on May 18, it was announced that Shields had earned an Olympic berth. She won a gold medal in the end, after beating Russian boxer Nadezda Torlopova 19–12. 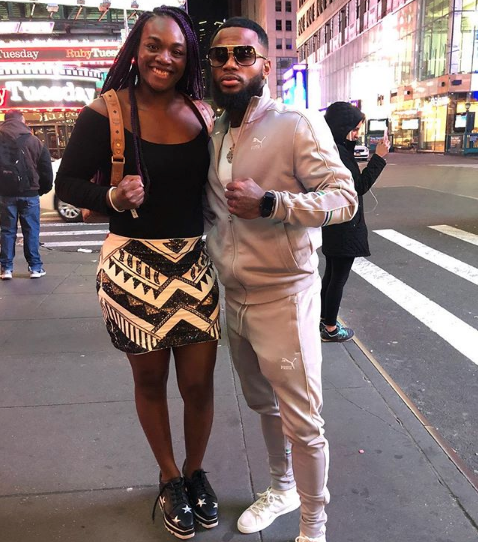 In 2014, Shields won the World Championships and the following year, she became the first American to win titles in women’s boxing at the Olympics and Pan American games. Shields won gold at the 2016 AMBC Olympic Qualifying tournament in Argentina. Later that year, she won the gold at the 2016 Rio Summer Olympics by defeating Nouchka Fontijn of the Netherlands, the only American gold medalist in the team, and awarded the inaugural women’s division of the Val Barker Trophy at the competition. 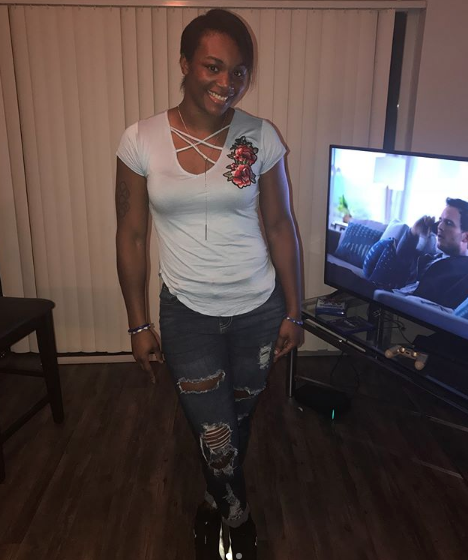 On March 10, 2017 she faced Szilvia Szabados for the North American Boxing Federation middleweight title, and won. This was the main event on ShoBox, with a regional title fight between Antonio Nieves and Nikolai Potapov serving as the co-main event.It was the first time a women’s boxing bout was the main event on a United States premium network card. 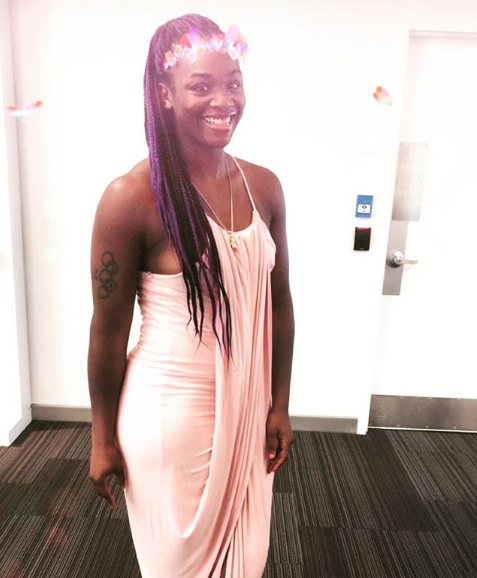 On June 16, 2017, Shields headlined the “Detroit Brawl,” facing Sydney LeBlanc in her first scheduled eight-round bout. LeBlanc signed on with three days notice, after Mery Rancier dropped out due to visa issues. Shields won the bout by decision after all eight rounds. 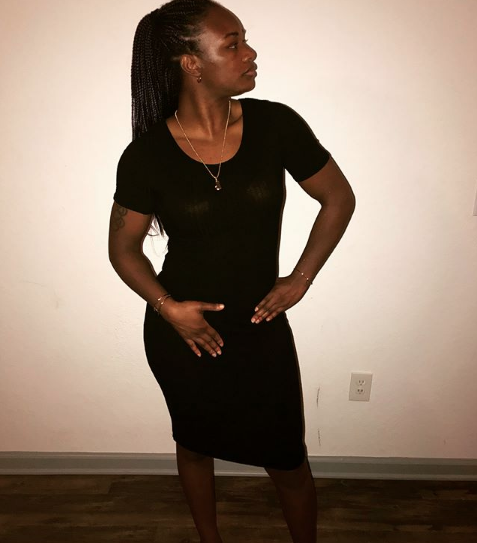 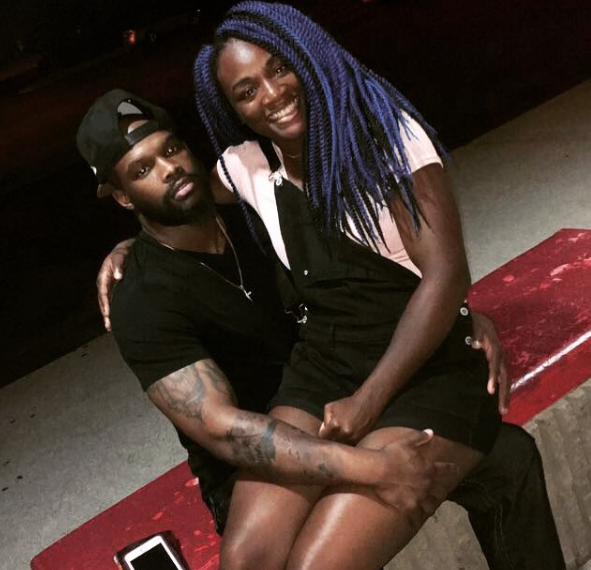 On January 12, 2018, Shields retained her WBC and IBF female super middleweight titles, and won the WBAN Super Middleweight title by defeating 17-0 Tori Nelson. It was Shields’ first time going all 10 rounds in her professional career. She holds a professional record of 5 wins  with no losses. 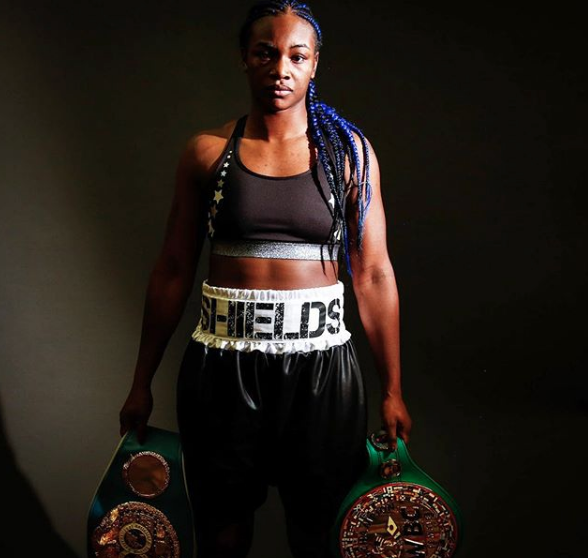