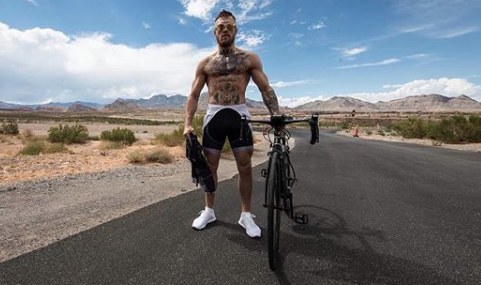 McGregor is the Ultimate Fighting Championship (UFC) lightweight champion and former featherweight champion. He has also competed as a welterweight in mixed martial arts (MMA), and light middleweight in boxing. McGregor is 2nd on the UFC’s pound for pound rankings. 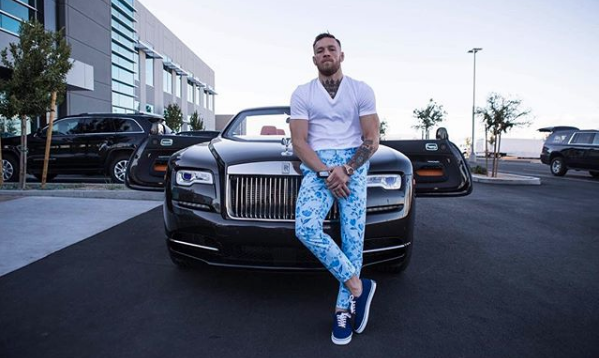 McGregor is the only fighter to be champion in two UFC divisions simultaneously. He first defeated long time featherweight champion José Aldo at UFC 194 in 13 seconds, which is the fastest UFC title fight victory. He then won the UFC lightweight title against Eddie Alvarez at UFC 205. 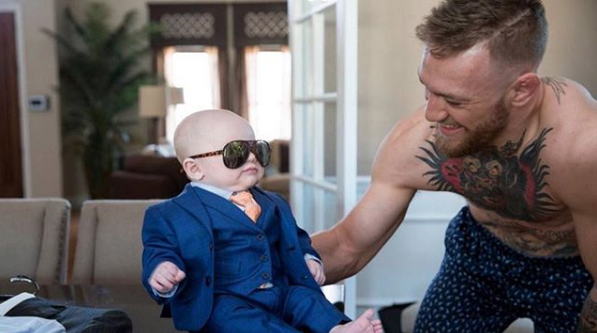 He began his professional boxing career in 2017. In his debut boxing match, he was defeated by Floyd Mayweather Jr. via technical knockout.

McGregor is the biggest pay-per-view (PPV) draw in MMA history, having headlined four out of the six highest-selling UFC pay-per-view events. His headline bout with Nate Diaz at UFC 202 drew 1.65 million PPV buys, the most ever for an MMA event. His boxing match with Mayweather drew 4.3 million PPV buys in North America, the second most in history. 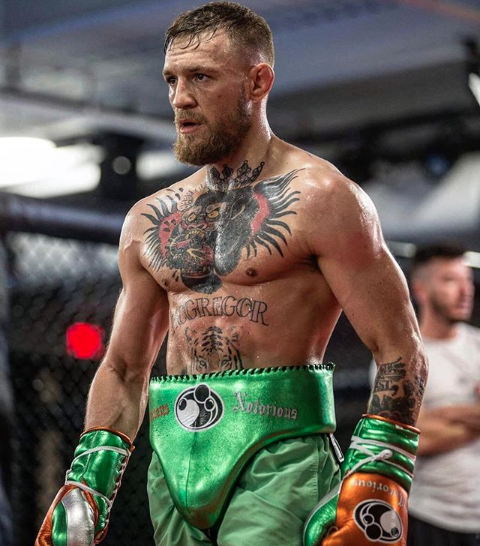 He was raised in Crumlin and attended a Gaelscoil and Gaelcholáiste at both primary and at secondary level in Coláiste de hÍde in Tallaght, where he also developed his passion for sport playing association football. In his youth, he played football for Lourdes Celtic Football Club. At the age of 12, McGregor also began boxing at Crumlin Boxing Club.

In 2006, McGregor moved with his family to Lucan, Dublin, attending Gaelcholáiste Coláiste Cois Life. Following that, he commenced a plumbing apprenticeship. While in Lucan, he met future UFC fighter Tom Egan and they soon started training mixed martial arts (MMA) together.

On 17 February 2007, at the age of 18, McGregor made his mixed martial arts debut in an amateur fight against Kieran Campbell for the Irish Ring of Truth promotion in Dublin. He was victorious via technical knockout (TKO) in the first round. Following the fight, he turned professional and was signed by the Irish Cage of Truth promotion. 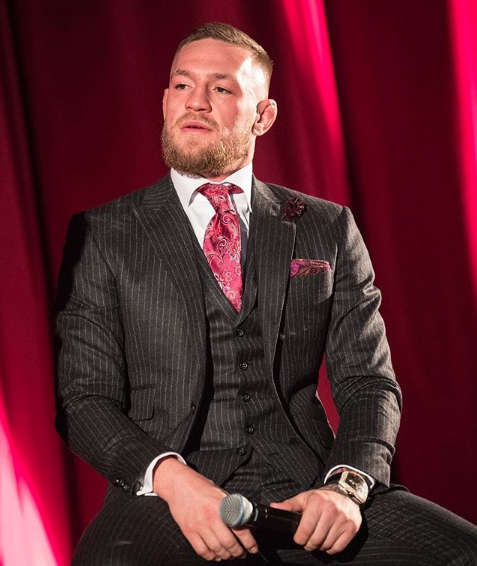 On 9 March 2008, he had his first professional MMA bout, as a lightweight, defeating Gary Morris with a second-round TKO. After McGregor won his second fight against Mo Taylor, he made his featherweight debut in a loss via submission against Artemij Sitenkov. After a victory at featherweight in his next bout against Stephen Bailey, McGregor contemplated a different career path before his mother contacted his coach John Kavanagh and reinvigorated him to continue pursuing mixed martial arts.

McGregor then won his next fight, also at featherweight, against Connor Dillon, before moving back to lightweight for a fight against Joseph Duffy, where he received his second professional loss after submitting to an arm-triangle choke. Following this, during 2011 and 2012, he went on an eight fight win streak, during which he won both the CWFC Featherweight and Lightweight championships, making him the first European professional mixed martial artist to hold titles in two divisions simultaneously. In February 2013, UFC president Dana White met McGregor, and after talking with UFC CEO Lorenzo Fertitta, White offered him a contract days later. 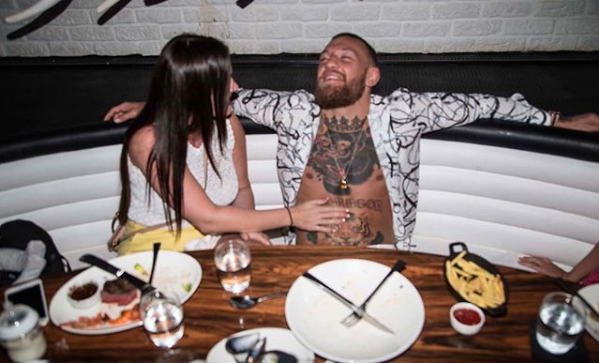 In April 2013, McGregor made his UFC debut against Marcus Brimage on the preliminary card of UFC on Fuel TV: Mousasi vs. Latifi and won via TKO. The win also earned McGregor his first “Knockout of the Night” award. 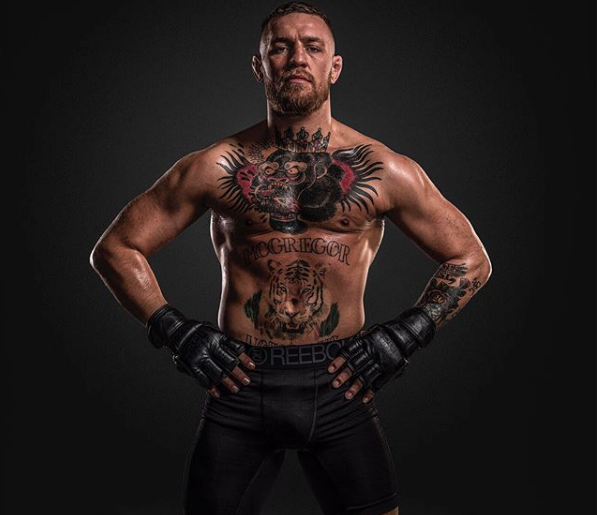 McGregor next faced Dustin Poirier on 27 September 2014 at UFC 178 and  managed to secure a victory early on in the first round. This marked Poirier’s first UFC loss via KO/TKO, and earned McGregor his second straight “Performance of the Night” award. 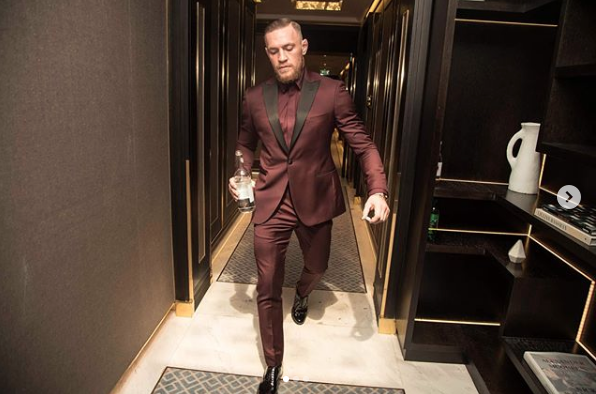 He then faced Chad Mendes in July 2015 at UFC 189 and won the fight via second-round TKO, winning the UFC Interim Featherweight Championship. 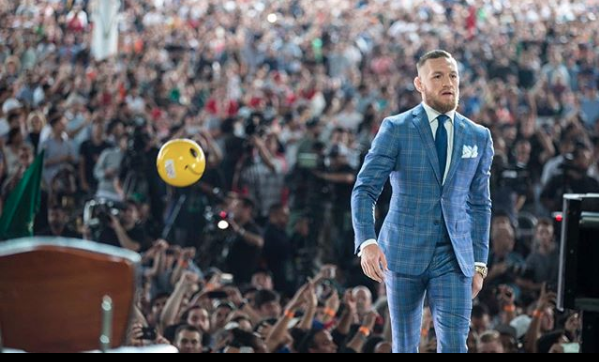 Conor McGregor then faced his first UFC loss by getting submitted by Nate Diaz for the UFC Lightweight Championship in March at UFC 196. 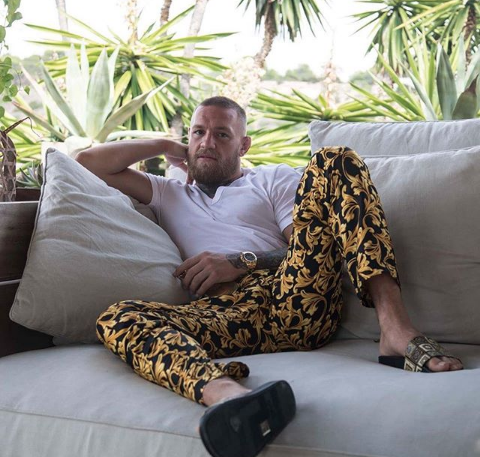 A rematch with Diaz was scheduled at UFC 202 wherein McGregor won the rematch via majority decision. The bout was once again awarded “Fight of the Night” honours. 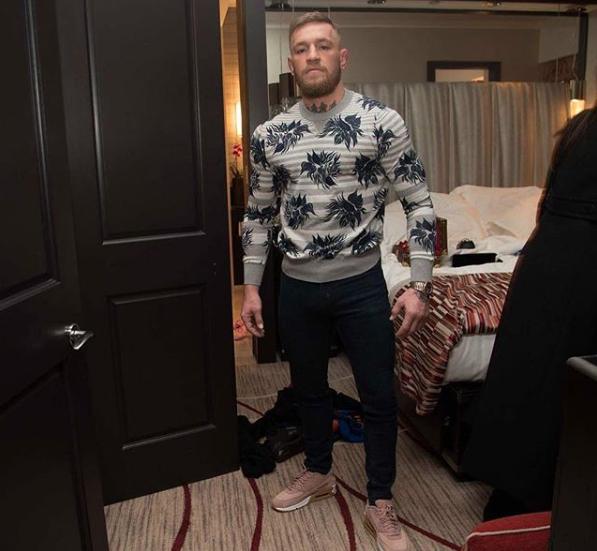 On April 3 2018, Khabib Nurmagomedov and Artem Lobov had a minor altercation, in which Nurmagomedov cornered Lobov. Lobov is known to be close to McGregor and Nurmagomedov has had altercations and trash talk exchanged between he and McGregor in the past.  The two groups have had a lengthy history involving insults and confrontations. 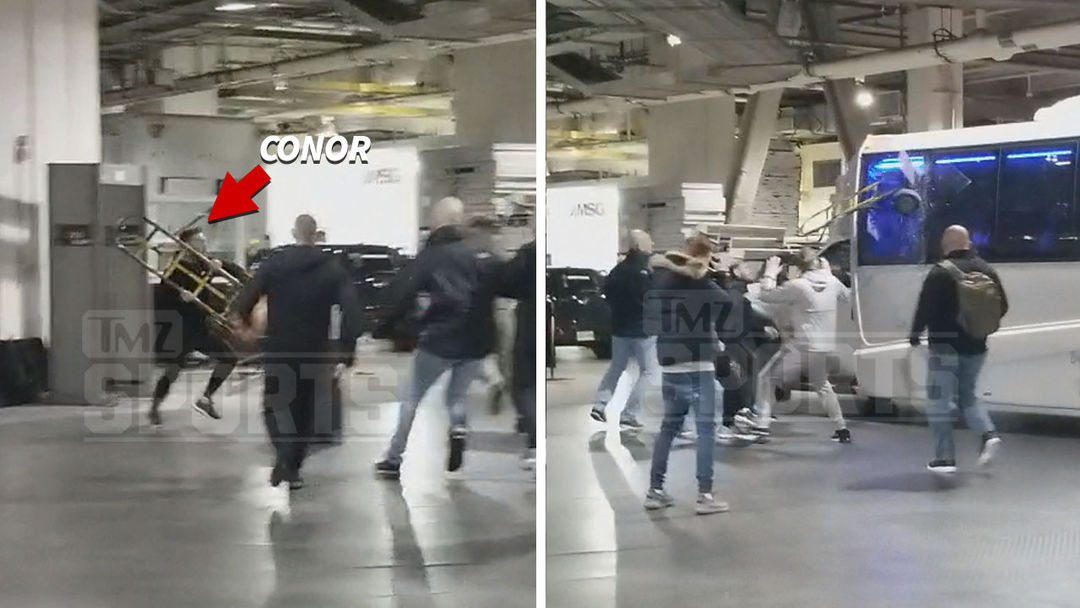 On Thursday, April 5 2018, during promotional appearances for UFC 223, McGregor showed up to Barclays Center unexpectedly. In anger, he attempted to confront Nurmagomedov, while Nurmagomedov was traveling on a bus leaving the arena. The bus had “red corner” fighters for UFC 223 – according to Nurmagomedov – on it, fighters such as Rose Namajunas, Al Iaquinta, Karolina Kowalkiewicz, Ray Borg and Michael Chiesa as well as Nurmagomedov and his management. McGregor ran up alongside the slowly moving bus and then ran past it, to grab a metal equipment dolly, which he then threw into the first window, which then had others with McGregor looking for and picking up any objects in the vicinity to throw  Shattered glass injured Chiesa and sent him to the hospital. While initial reports noted Chiesa’s injuries were sufficient to keep him off the card, Chiesa expects to fight at UFC 223. Dana White has alleged there is a warrant out for McGregor’s arrest and late yesterday night it was confirmed that Conor had been taken into custody by the New York Police after Conor turned himself in.

Previous articleWWE: Massive heel turn expected in a tag-team match at WrestleMania
Next articleUFC: CM Punk vs Mike Jackson made official for UFC 225