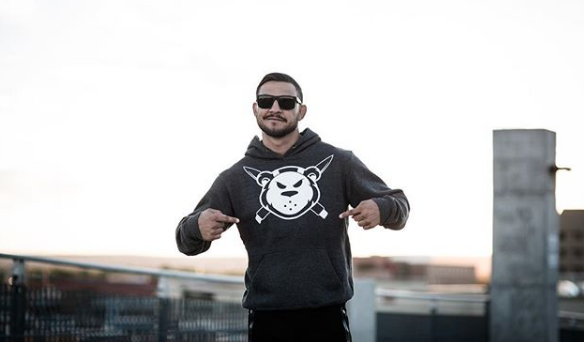 Swanson was born on November 2, 1983, and raised mostly in Palm Springs, California with his four siblings. Swanson’s father died of cancer three months after he was born. A distant relative adopted Swanson and his siblings until his mother healed from the unfortunate incident. The adoptive family was religious, so he spent most of his early life in church. Swanson was also home-schooled for most of his young life. However, when Swanson was 14, his adoptive parents divorced. Swanson had to return to his mother. He then went to Cathedral City High School, along with future boxer Timothy Bradley. Swanson has a daughter with Kenda Perez. Steve Swanson, Cub Swanson’s older brother, also competes in MMA. The two brothers train in and run their MMA gym True Gym together. In his spare time, Swanson plays golf near his hometown at Indio, California. Golf club design enterprise PowerBilt sponsors Swanson. 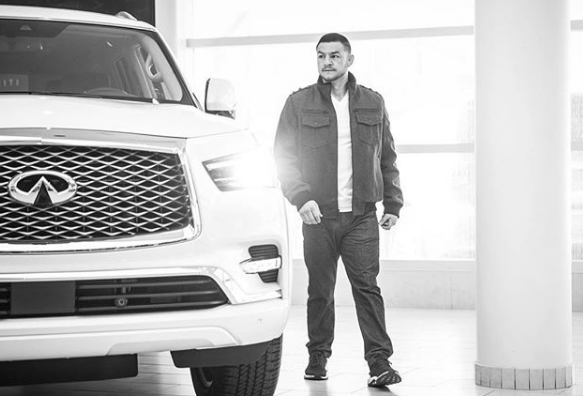 As a teenager, Swanson associated himself with local gangs. He participated in many streets fights. He also drank alcohol, took recreational drugs and was indulged in robbery due to which he was arrested and placed in a juvenile detention center. He was released when he was 17 years old. Two years later, he worked for United Cerebral Palsy and also helped children with social disabilities.

He started playing soccer from the age of four. UFC fighter Joe Stevenson invited him to train with him. This marked Swanson’s transition into professional MMA. 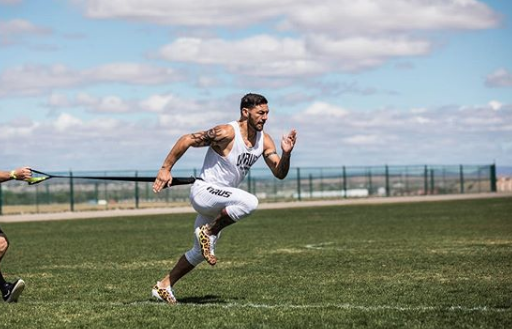 On July 25, 2004, Cub Swanson made his first professional fight at Total Combat in Mexico. against Shannon Gugerty and was submitted via Rear-Naked Choke. The fight lasted for just 30 seconds.

Despite the loss, Swanson continued to compete in professional MMA fights. He won nine fights before entering the WEC in 2007. This included a rematch with Gugerty in 2006. Other than TC, Swanson also competed in KOTC and BIB.

He next faced Jens Pulver at WEC 31, with Swanson attempting a single leg takedown in the opening seconds, but Pulver catching him in a guillotine choke and submitting him. The fight only lasted 35 seconds and marked the end of Swanson’s eleven fight winning streak. 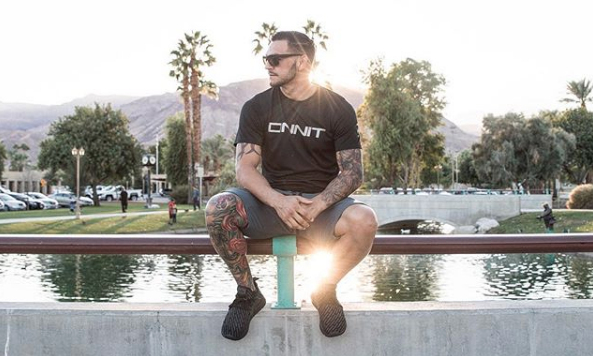 Swanson took on Hiroyuki Takaya in December 2008, at WEC 37 and won via unanimous decision. Both fighters earned the Fight of the Night honors. This was his first official WEC award.

He fought with Jose Aldo at WEC 41 on June 7. Just 8 seconds into the first round, Swanson lost by TKO via a double flying knee. 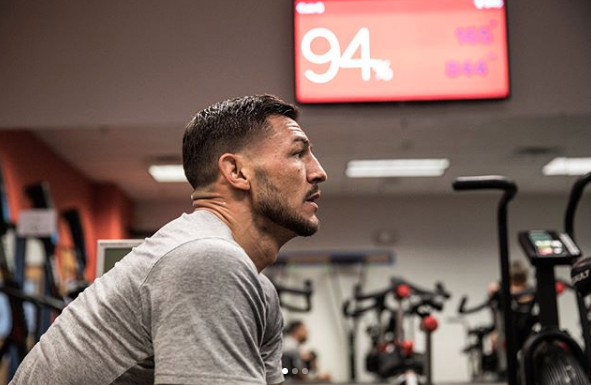 Swanson defeated John Franchi via submission on November 18 at WEC 44. The fight earned him his second Fight of the Night honor.

In August 2010 , at WEC 50, Swanson faced Chad Mendes and lost the fight via unanimous decision.

Then he faced Mackens Semerzier next on November 2010 at WEC 52 and won the fight via split decision.

Swanson returned to face Ricardo Lamas in November 2011 at UFC on Fox 1. Swanson was the last WEC fighter imported from the WEC/UFC merger to debut in the UFC. He lost the fight via submission (arm triangle choke) in the second round.

Ross Pearson and Swanson went head-to-head in June 2012 at UFC on FX 4. Swanson won the fight via TKO in the second round, earning him Knockout of the Night bonus.

He next fought Charles Oliveira as an underdog in September 2012 at UFC 152 and won the fight by knockout in the first round. He received a Knockout of the Night bonus. Tapology Worldwide ranked Swanson as #14 MMA Fighter of the Year for 2012. 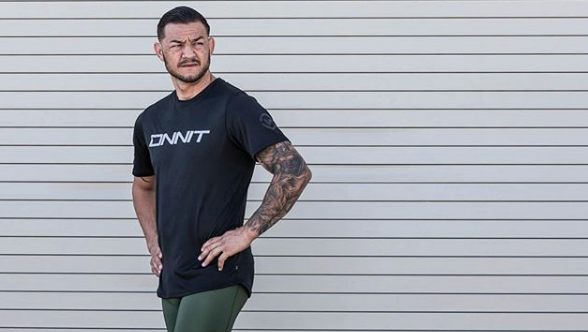 Swanson’s bout with Dennis Siver was rescheduled in July 2013, at UFC 162. He won via TKO in the third round. As of March 2013, Swanson was ranked the #10 Featherweight in the world by Sherdog and ranked #5 within the UFC.

He challenged Jeremy Stephens on June 28 at UFC Fight Night 44 and won via unanimous decision.

He next faced Frankie Edgar on November 22 at UFC Fight Night 57 and lost the one-sided fight via submission in closing seconds of the   fifth round.

Max Holloway challenged Swanson in April 2015 at UFC on Fox 15. Holloway set up a guillotine choke in the third round, forcing Swanson to tap out. 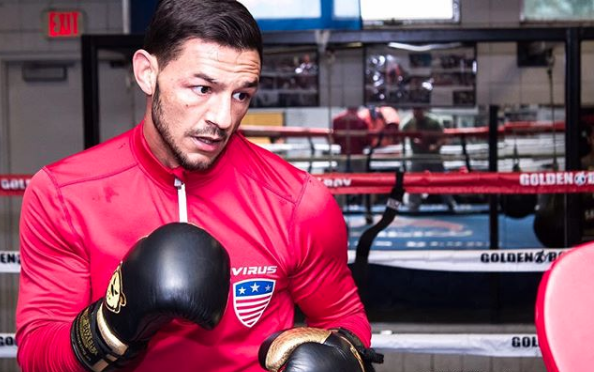 Underdog Artem Lobov challenged Swanson to a fight in April 2017 at UFC Fight Night 108 and won the fight via unanimous decision .

Swanson faced Brian Ortega in December 2017 at UFC Fight Night 123. He lost the back-and-forth fight via submission in the second round. He holds a professional record of 25 wins and 8 losses. 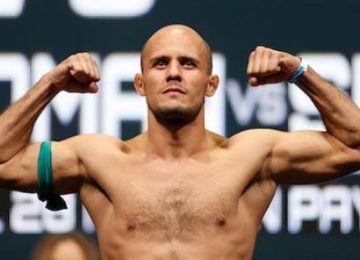 UFC: After walking over dead bodies in Afghanistan as a kid, Siyar Bahadurzada thinks 2018 would be his year, wants Robbie Lawler next 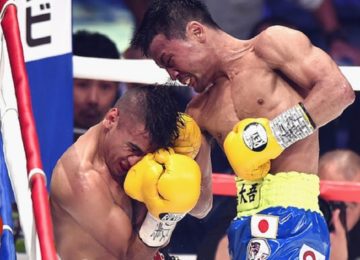 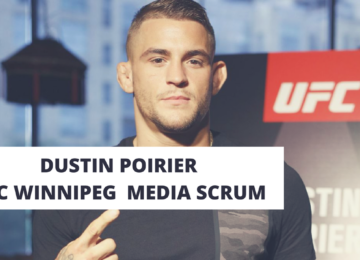 Posted by admin - December 17, 2017 0
www.mmaindia.com caught up with Dustin Poirier at the UFC Winnipeg media scrum. 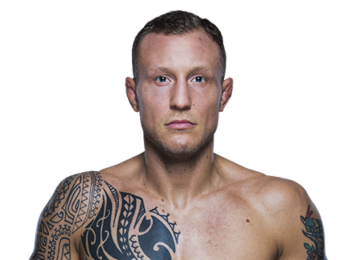 Posted by Sangam Shukla - May 4, 2019 0
UFC middleweight Jack Hermansson recently shocked the entire world by truly announcing his arrival in the UFC by defeating high… 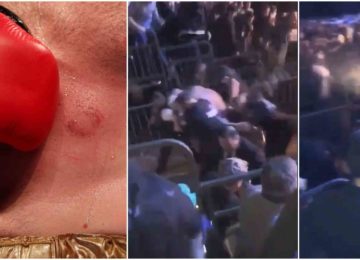 VIDEO: Liverpool Fans throw beer at the opponent after hometown boxer bitten in the stomach