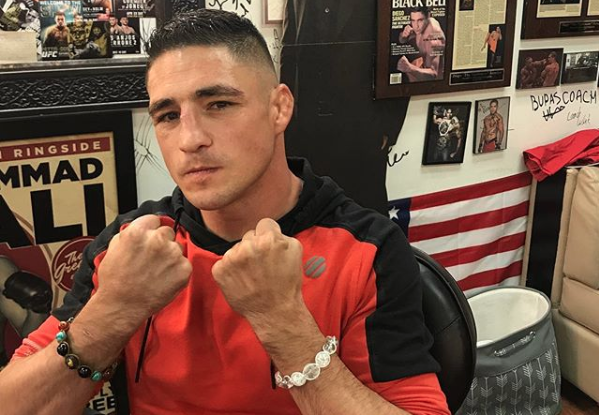 Diego Sanchez (born December 31, 1981) is an American professional mixed martial artist currently competing in the Welterweight division of the Ultimate Fighting Championship. A professional competitor since 2002, he has also formerly competed for King of the Cage, where he was the Welterweight Champion, and also won the Middleweight tournament of The Ultimate Fighter 1.

Sanchez has been involved in more “Fight of the Year” bouts than any other fighter in mixed martial arts; his first against Karo Parisyan at UFC Fight Night 6, then again opposite Clay Guida at The Ultimate Fighter 9 Finale (which culminated into a title shot against then-UFC Lightweight Champion B.J. Penn, where the two headlined UFC 107), and finally against Gilbert Melendez at UFC 166Joe Rogan has frequently referred to Sanchez as the best “third round fighter” in MMA. 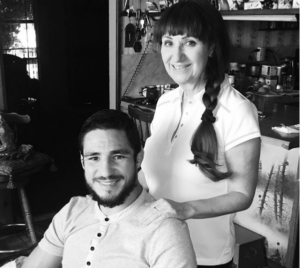 Sanchez was born and raised in Albuquerque, New Mexico to a Mexican American family. He was high school state champion in wrestling as a senior, before he started training mixed martial arts while working for UPS. He eventually joined Jackson’s Submission Fighting, still while working for UPS, managing the time between work and training.

Sanchez made his MMA debut in 2002 in the promotion Ring of Fire, despite having injured his heel the night before and won the fight via submission.

He then went on to compile an undefeated 11-0 record before becoming a contestant on The Ultimate Fighter.

Sanchez was chosen as a participant on the first season of the reality show, The Ultimate Fighter. Presented as a young, focused middleweight who only had one goal, to become a UFC champion. He won a contract with the UFC after defeating fellow finalist Kenny Florian via TKO, becoming the middleweight winner for the first season of the show. On the show, Sanchez was known for being the “odd-ball” of the group, practicing yoga at odd moments and trying to extract “energy” from a lightning storm, and was also a self-proclaimed “Zen master”.

Sanchez made his post-TUF debut, defeating journeyman Brian Gassaway by submission due to strikes at UFC 54. He next defeated Nick Diaz via unanimous decision at The Ultimate Fighter 2 Finale. Sanchez won a unanimous decision over John Alessio on May 27, 2006, at UFC 60.

He continued his undefeated streak with a unanimous decision victory over judo specialist Karo Parisyan at UFC Fight Night 6 in August 2006.

Sanchez faced Joe Riggs in December 2006, in the main event of UFC Fight Night 7 and knocked Riggs out in the first round. Sanchez subsequently tested positive for the agents found in marijuana and was sentenced to a three-month suspension.

Sanchez was then cleared to fight Josh Koscheck at UFC 69. He lost to Koscheck via unanimous decision, ending his undefeated run, in a fight that was virtually all stand up.

In his next bout, Sanchez lost his second straight fight by split decision to Jon Fitch at UFC 76 on September 22, 2007, before rebounding against David Bielkheden at UFC 82 with a submission win in the first round due to strikes. 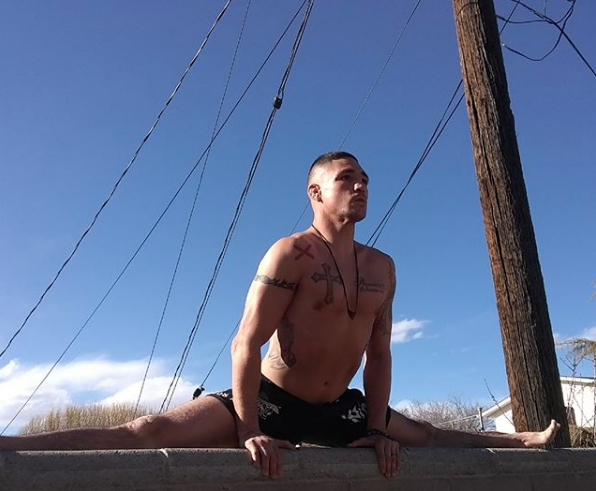 Following the win, Sanchez stopped Luigi Fioravanti via TKO in the third round at The Ultimate Fighter 7 Finale. After pulling out of a fight with Thiago Alves due to an injury, Sanchez announced he would be moving to the lightweight division.

He made his lightweight debut in his next fight on February 21, 2009, at UFC 95 against Joe Stevenson. Sanchez landed the better strikes and won by unanimous decision.

On June 20, 2009, Sanchez won a split-decision victory against Clay Guida at the finale of The Ultimate Fighter: United States vs. United Kingdom Finale. He won the Fight of the Night honors.

At UFC 107 on December 12, 2009, Sanchez fought and lost to BJ Penn for the UFC Lightweight Championship 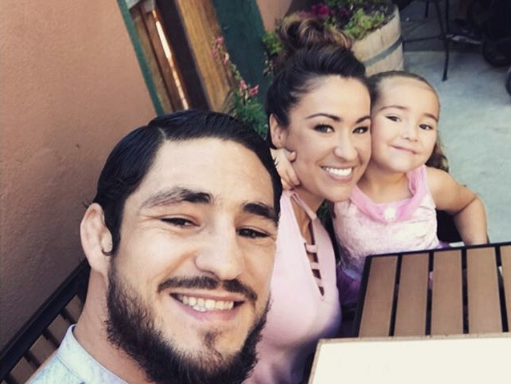 Sanchez returned to the welterweight division and faced John Hathaway on May 29, 2010, at UFC 114. Hathaway won the fight handing Sanchez his second consecutive loss.

The Ellenberger/Sanchez bout took place on February 15, 2012, at UFC on Fuel TV 1 Ellenberger defeated Sanchez via unanimous decision in a bout that earned both fighters Fight of the Night honors.

Sanchez then returned to lightweight and faced Takanori Gomi on March 2, 2013, at UFC on Fuel TV 8. He defeated Gomi via controversial split decision.

Sanchez faced longtime peer Joe Lauzon in July 2016, at UFC 200 and lost the fight via TKO in the first round

Sanchez next faced Al Iaquinta on April 22, 2017 at UFC Fight Night 108 and lost the fight via knockout in the first round.

In November 2017,Sanchez faced Matt Brown in a welterweight bout at UFC Fight Night: Poirier vs. Pettis and lost the fight via knock out in round one 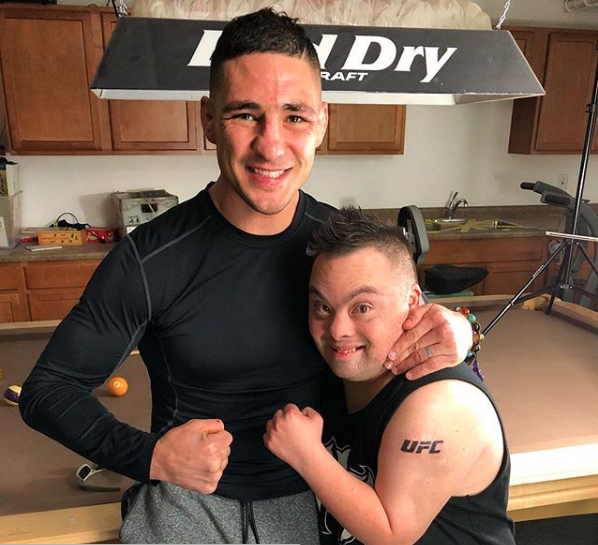 At “Jackson Wink Fight Night 2” on Dec. 1st 2017, Sanchez faced Isaac Marquez, a young man who was born with Down syndrome who dreamed of one day competing in a real mixed martial arts bout. He helped train Marquez who dedicated the fight to his late mother who passed away from dementia. “Most Down syndrome adults don’t live past 45,” Sanchez said ahead of the bout. “Isaac is 32, and I just wanted to see this young man be healthy. Exercise and martial arts are one of the most healthy things you can do.” Marquez defeated Sanchez with a first-round submission. After putting the Professional UFC fighter in an arm bar, and received a huge ovation when Sanchez tapped out.