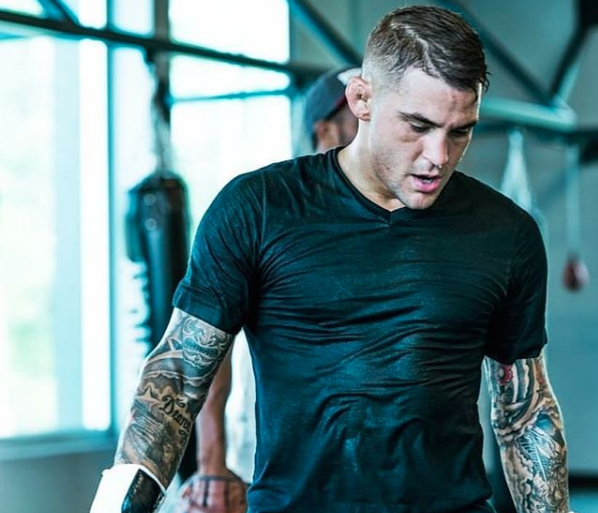 Dustin Glenn Poirier (born January 19, 1989) is an American mixed martial artist, currently competing as a Lightweightin the Ultimate Fighting Championship. A professional competitor since 2009, he formerly competed for the WEC. As of January 26, 2018, Poirier is #5 in the official UFC Lightweight rankings. Poirier is one of the subjects of the documentary Fightville by Petra Epperlein and Michael Tucker, which examines the mixed martial arts scene in southern Louisiana.

Poirier is from Lafayette, Louisiana and is of French descent, specifically he is of Cajun heritage. He relocated to South Florida with his wife Jolie for training purposes. 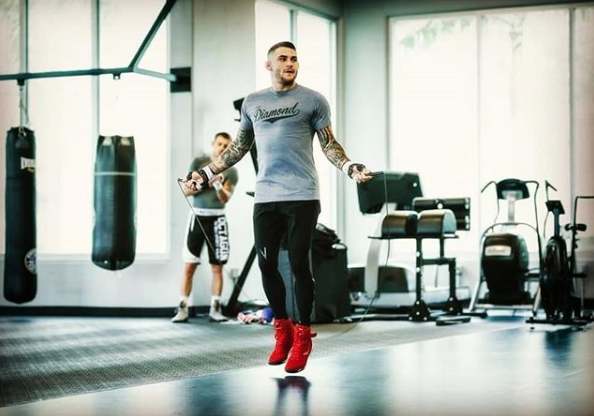 Poirier lost a unanimous decision to Danny Castillo in his WEC debut on August 18, 2010 at WEC 50. 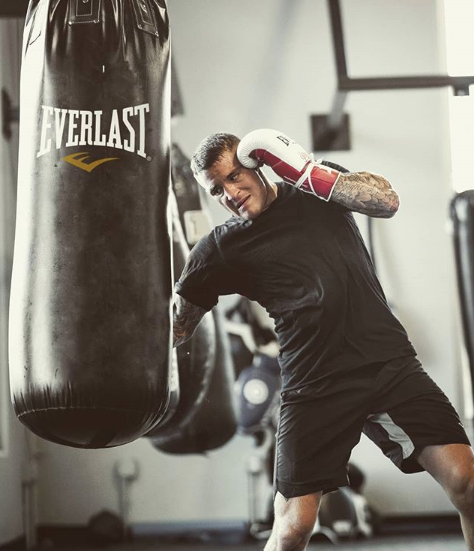 In October 2010, World Extreme Cagefighting merged with the Ultimate Fighting Championship. As part of the merger, all WEC fighters were transferred to the UFC. 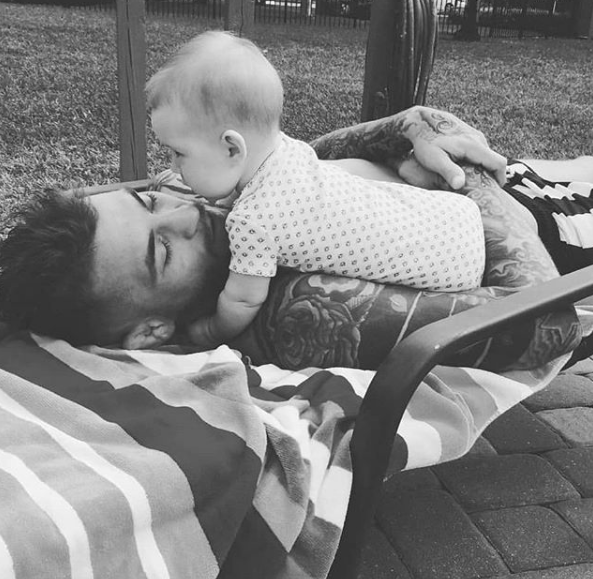 Poirier was expected to face Rani Yahya on June 11, 2011 at UFC 131. However, Yahya was forced from the bout with an injury and replaced by promotional newcomer, Jason Young. Poirier defeated Young via unanimous decision after three rounds. 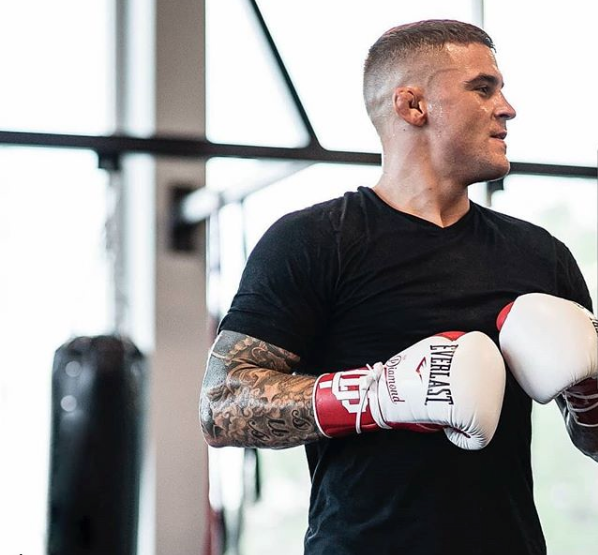 Poirier was expected to face Erik Koch on February 4, 2012 at UFC 143. However, Koch pulled out of the bout citing an injury and was replaced by Ricardo Lamas. Then, just two weeks later, Lamas had to withdraw from the fight with an injury, leaving Poirier again without an opponent. A week later, Max Holloway agreed to step in to fight Poirier. Poirier defeated Holloway in the first round, with a triangle-armbar from the mount position. 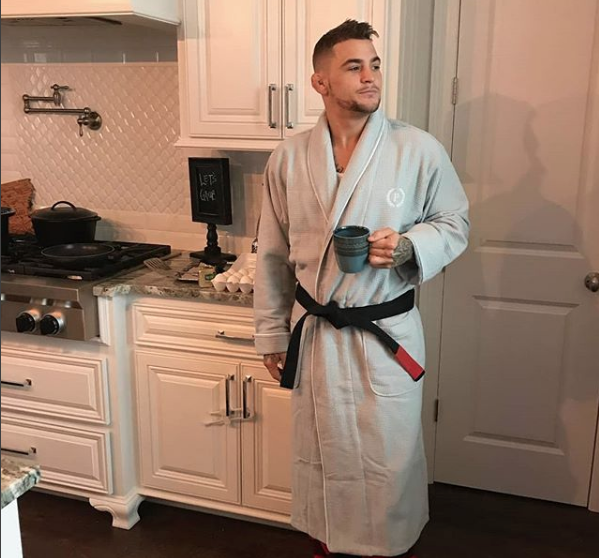 Poirier quickly returned to action, taking his second fight within 63 days as he stepped in as a replacement for an injured Dennis Siver. He faced Cub Swanson in the co-main event on February 16, 2013 at UFC on Fuel TV: Barao vs. McDonald. During the fight, both fighters landed punches which appeared to hurt the other. Poirier scored leg kicks and double leg takedowns. Swanson retaliated with head kicks and submission attempts. Poirier lost the fight via unanimous decision (29-28, 30-27, 30-27).

Poirier faced Akira Corassani at The Ultimate Fighter Nations Finale. He won the fight via TKO in the second round. The win also earned Poirier his second Fight of the Night bonus award. 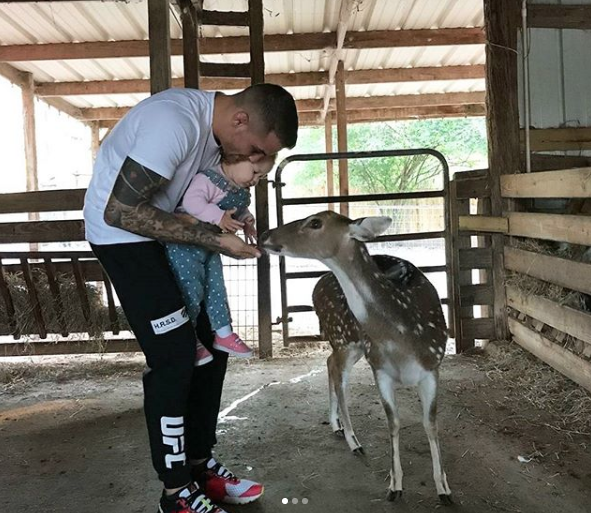 Poirier faced Carlos Diego Ferreira in a lightweight bout on April 4, 2015 at UFC Fight Night 63. He won the fight via knockout in the first round. The win also earned Poirier his first Performance of the Night bonus award and a disclosed pay of $118,000, the highest disclosed pay received by Poirier so far. 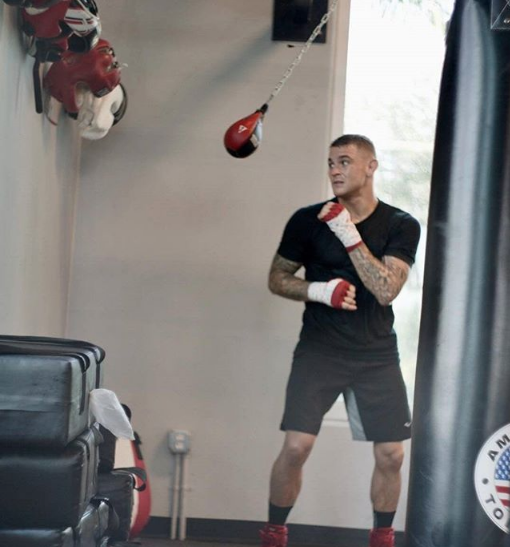 Poirier was expected to face Joseph Duffy on October 24, 2015 at UFC Fight Night 76. However, Duffy pulled out of the fight on October 21, three days prior to the event, after sustaining a concussion during a sparring session. In turn, the pairing was rescheduled and took place on January 2, 2016 at UFC 195. Poirier won the fight by unanimous decision. After the bout, Poirier was hospitalized for a broken nose. He had a lay off for six weeks due to the injury. 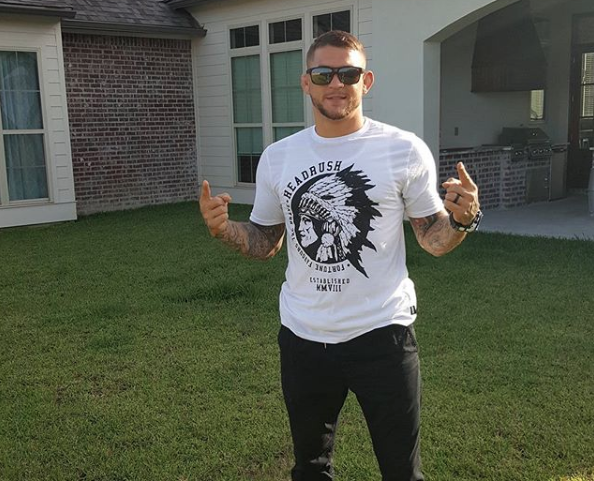 Poirier challenged Jim Miller on February 11, 2017 at UFC 208.Poirier punched Miller against the fence, which appeared to hurt Miller. In return, Miller repeatedly kicked Poirier’s legs. Later on, Miller swept Poirier onto the mat and failed a kimura attempt. Poirier won the back-and-forth fight via majority decision. The win also earned Poirier $50,000 and his third Fight of the Night bonus award. Due to injuries sustained during the fight, Poirier was suspended indefinitely.

Poirier faced Anthony Pettis on November 11, 2017 at UFC Fight Night 120. He won the fight after Pettis tapped out due to a possible broken rib in the third round, although it was announced as a TKO win. This fight also won him the Fight of the Night bonus award. 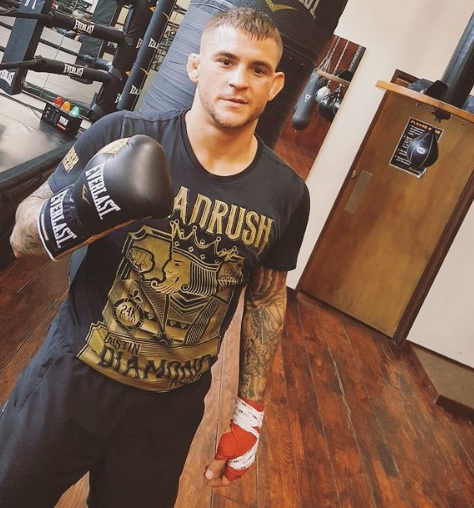 After the Pettis fight, Poirier signed a new contract with UFC albeit he had three fights remaining in his previous contract. Poirier is expected to face Justin Gaethjeon April 14, 2018 at UFC on Fox 29.