Photos: Graphic images of JDS’ staph infection that ruled him out of Volkov fight 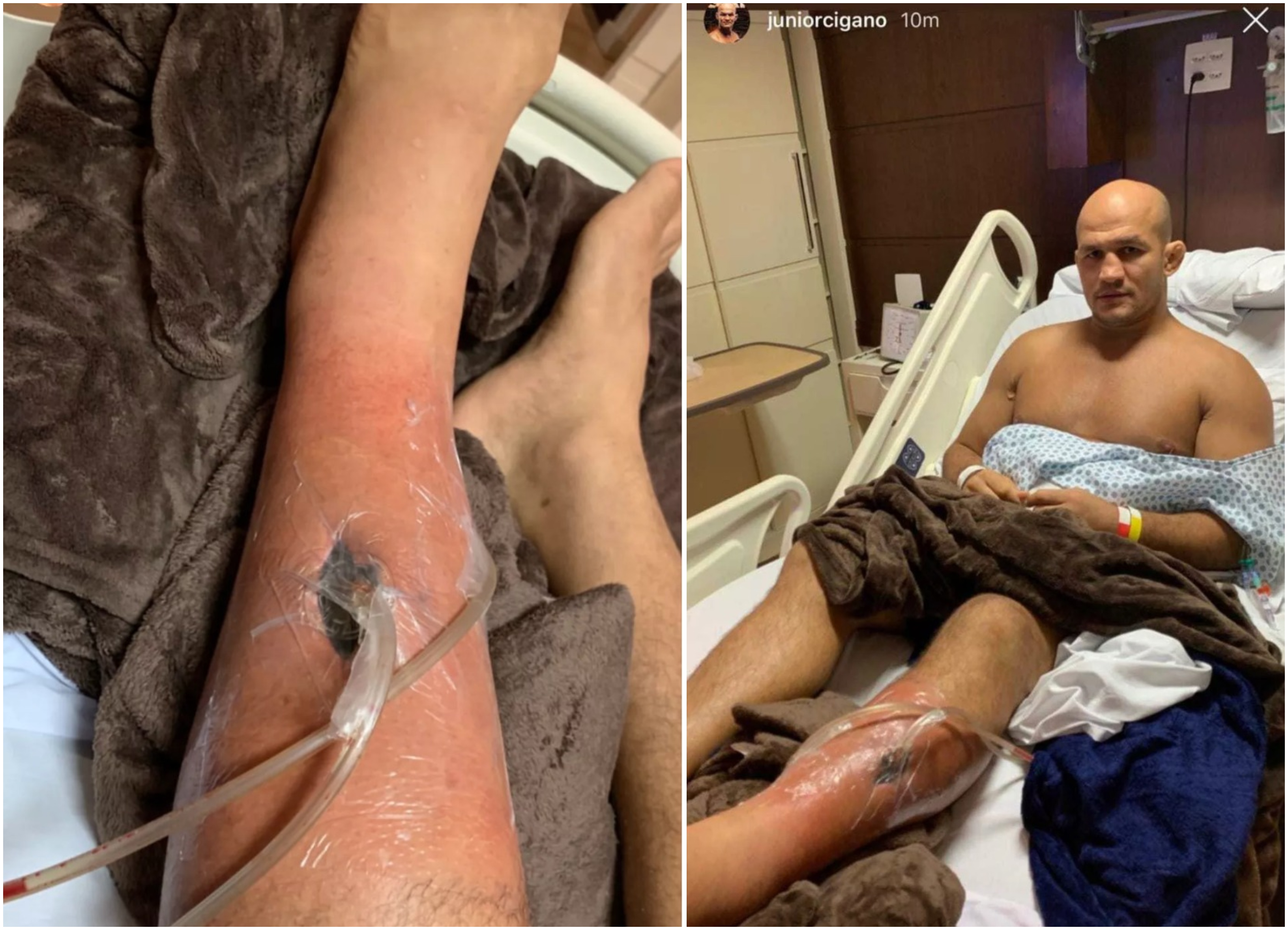 But the Brazilian heavyweight had to pull out of the card as he was hospitalized all week because of a bacterial infection in his leg. The staph infection was so bad that he had to undergo emergency surgery.

JDS took to Instagram to release the images of his leg post-surgery and a huge chunk of flesh can be seen missing. The doctors had to perform two procedures to introduce a drain and then remove the infection. 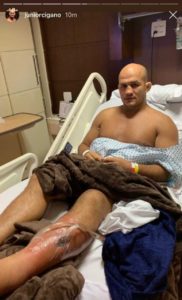 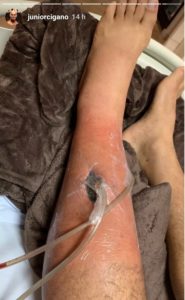 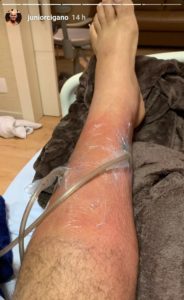 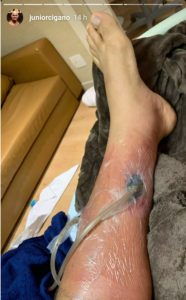 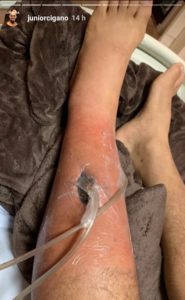 The former heavyweight champion of the world also apologised to his fans for not being able to fight in Moscow next month.

“It’s been a long eight days here at the hospital guys,” dos Santos said. “I didn’t realize how severe this infection was, and I thought I could just treat it and get back to my training camp and fight Volkov in Russia.

“Unfortunately, it’s been a long road. I’ve been under general anaesthesia three times this past week. I still have drain tubes running out of my legs, and I’m loaded up on medications. I’m very sorry to my opponent, for the Russian fans, and to all the MMA fans around the world. I’ll be back as soon as possible. Trust me.”

Greg Hardy will replace JDS to fight Volkov at UFC Moscow next month.