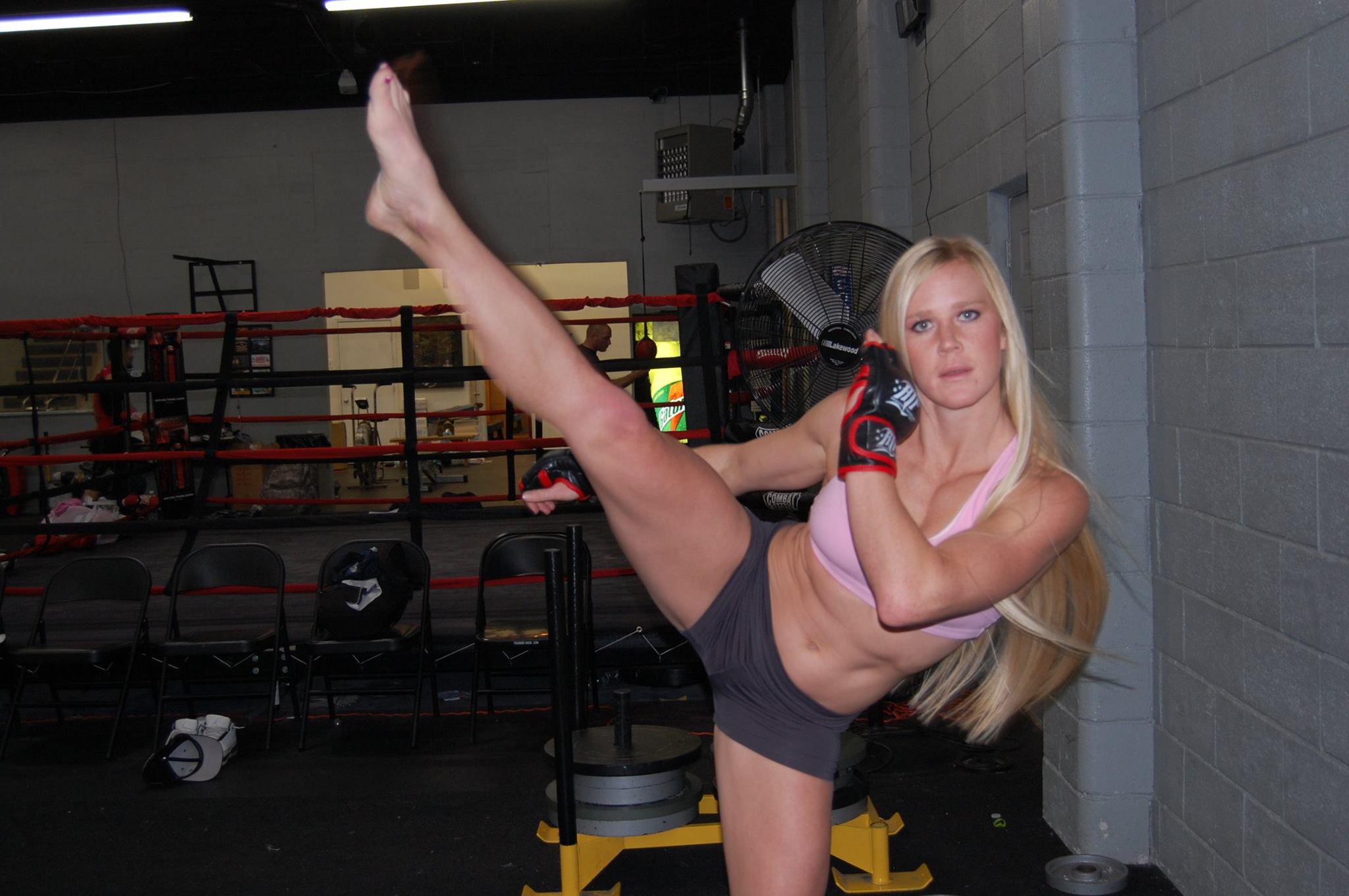 Holly Rene Holm-Kirkpatrick born October 17, 1981 is an American mixed martial artist who competes in the Ultimate Fighting Championship. She is the former UFC Women’s Bantamweight Champion, and a former professional boxer and kickboxer.

Growing up, Holm played soccer and participated in gymnastics, swimming and diving. Her parents divorced shortly before she graduated from Manzano High School in 2000; after graduation, she studied for a year at the University of New Mexico. 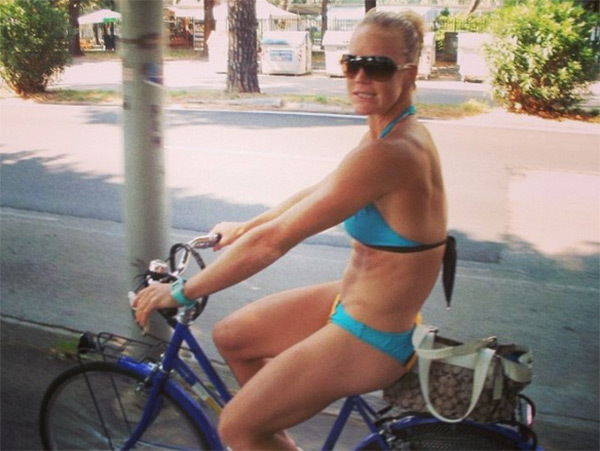 Holm made her mixed martial arts debut in March 2011, against Christina Domke at an event promoted by her boxing promoter Lenny Fresquez. She co-headlined the card with Jackson’s Submission Fighting teammate Keith Jardine Holm won the fight via TKO in the second round after her opponent was unable to continue due to leg kicks inflicted by Holm.

In February 2013, Holm made her Bellator MMA debut against Katie Merrill at Bellator 91 in Rio Rancho, New Mexico. Holm won the bout via TKO in the second round. 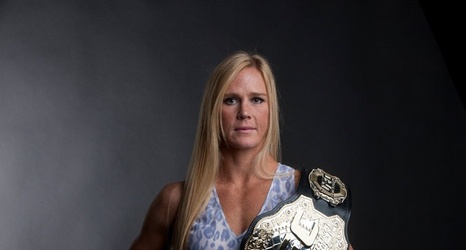 Holm announced that she would retire from boxing after her May 11, 2013, boxing match against Mary McGee so that she can fully concentrate on her MMA career.The message came as a punctuation in the negotiations to arrange a title-battle between Holm and the Norwegian champion Cecilia Brækhus. Holm went on to defeat McGee via unanimous decision, for her boxing retirement bout.

In July 2013, Holm faced Allanna Jones at Legacy Fighting Championship 21. She won the fight by head-kick knockout in the second round.

Holm was expected to face Erica Paes at Legacy Fighting Championship 24 on October 11, 2013. However, Paes was removed from the card and Holm instead faced Nikki Knudsen. Holm won the fight via TKO due to a body kick and knees in round two. 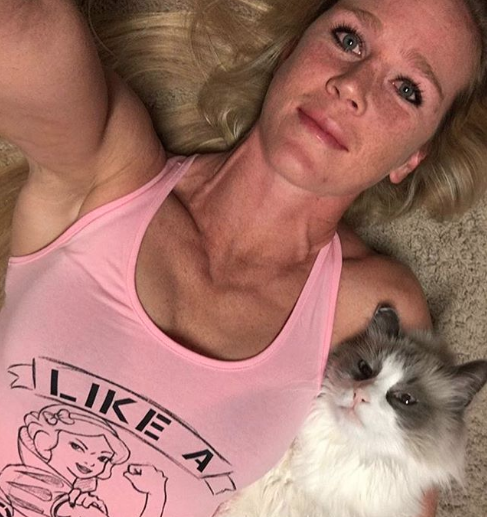 On April 4, 2014, Holm faced Juliana Werner for the inaugural Legacy FC Women’s Bantamweight Championship. She won the bout and title via TKO in the fifth round due to a head kick and punches. Holm broke her left arm during the first round of the bout.

On July 10, 2014, the media announced that Holm had signed a multi-fight deal with the Ultimate Fighting Championship (UFC). Later in an interview with MMA Junkie, Holm’s manager Lenny Fresquez disclosed that Holm’s contract is for five fights. 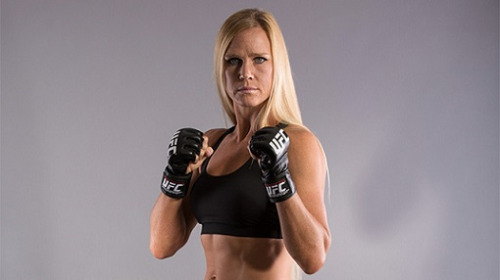 Holm was expected to make her debut at UFC 181 against Raquel Pennington. However, on November 13, Holm was forced to pull out due to an undisclosed injury.The two fighters faced each other at UFC 184. Holm won the bout by split decision (29–28, 28–29, 30–27).

Holm faced Valentina Shevchenko on July 23, 2016, at UFC on Fox 20. She lost the bout via unanimous decision. 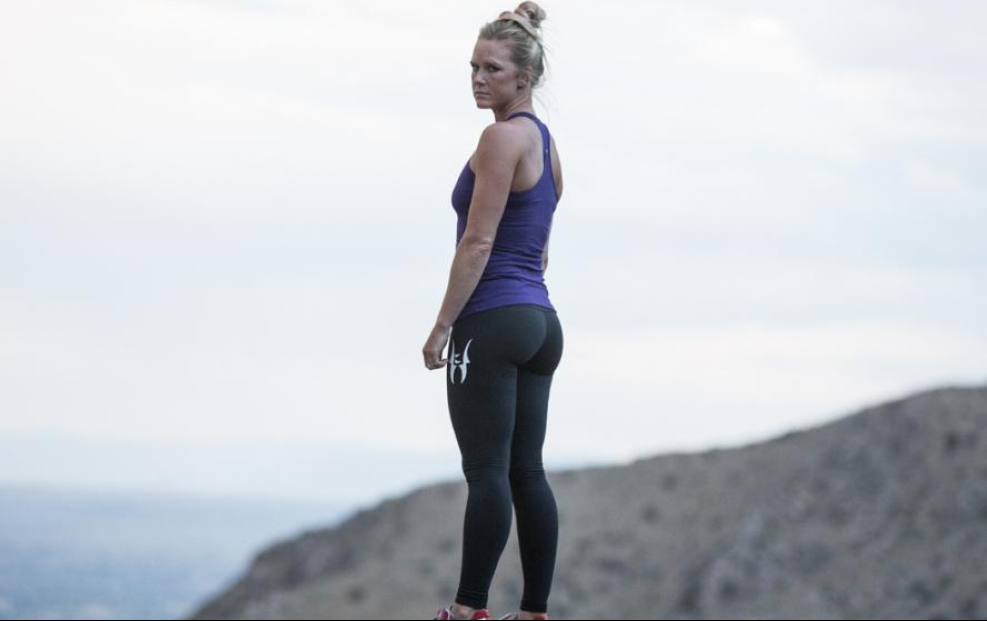 Holm challenged Cris Cyborg for the UFC Featherweight Championship on December 30, 2017 in the main event at UFC 219. She lost the fight via unanimous decision. This fight earned Holm her second Fight of the Night bonus.