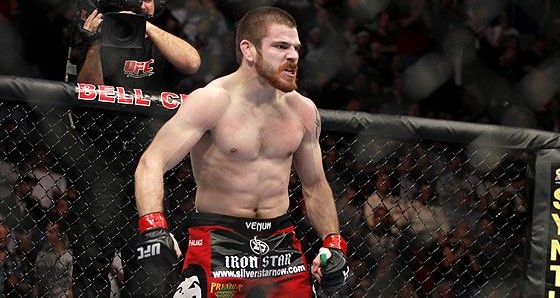 Born and raised in Sparta Township, New Jersey and the youngest of three brothers, Miller competed in wrestling in high school at Sparta High School, as well as one year of collegiate wrestling at Virginia Tech. Miller had not originally planned on wrestling at Virginia Tech, but his desire to compete again grew and he made the team as a walk-on later into the season. However,  He currently holds a black belt in Brazilian jiu-jitsu under Jamie Cruz. He began training in mixed martial arts in 2005, when he began training at Planet Jiu Jitsu in Sparta, New Jersey with his brother Dan Miller. 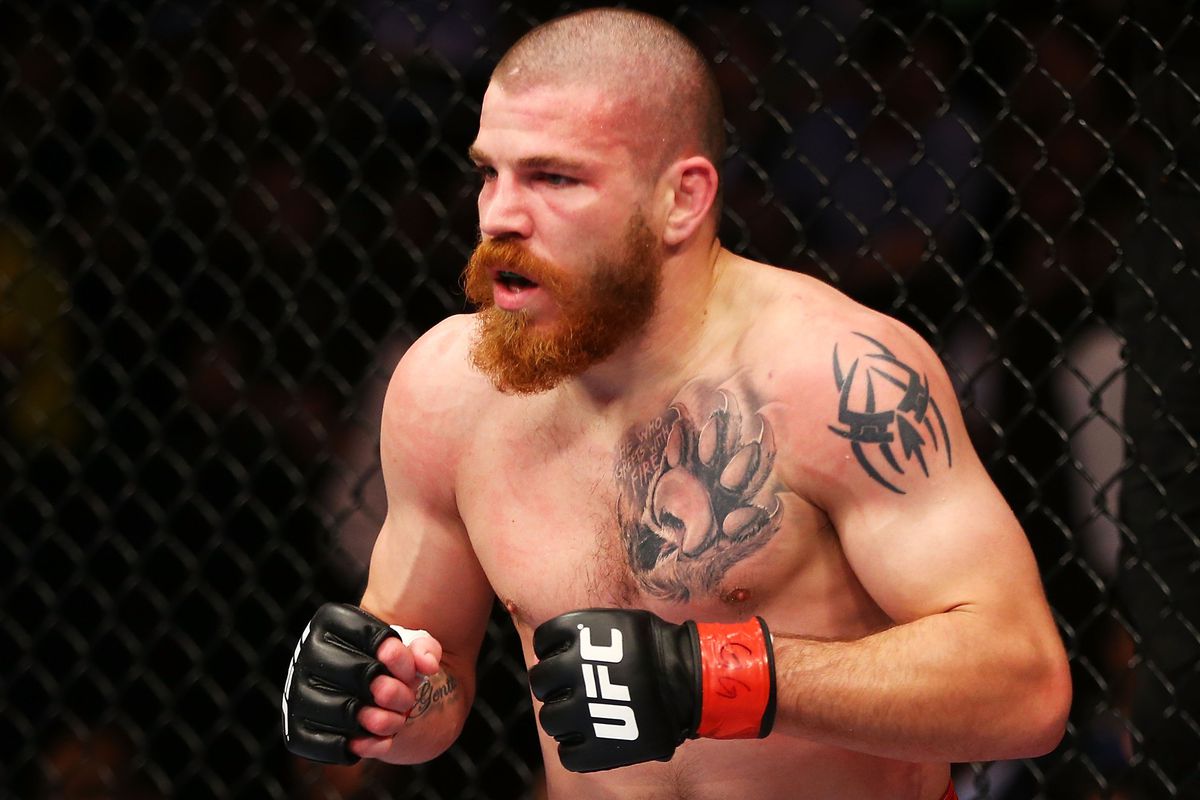 Jim was married and has four children. Prior to their careers in mixed martial arts, Jim and his brother Dan worked in construction with their father.

Jim and his brother Dan signed with the UFC in July 2008. Miller made his debut at UFC 89 where he defeated David Baron via rear-naked choke submission in the third round. 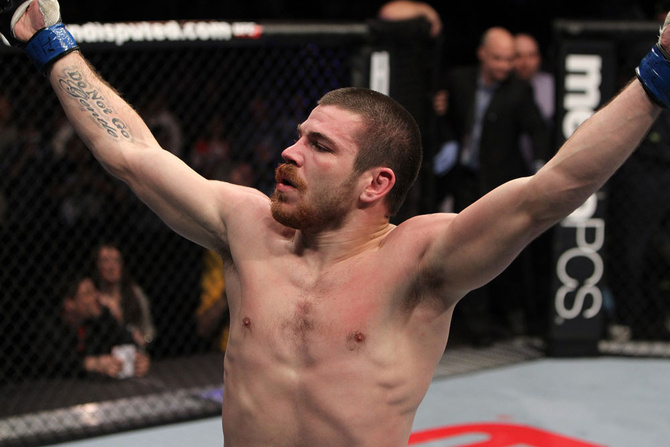 Miller next acted as a late replacement for Frankie Edgar against Matt Wiman at UFC: Fight for the Troops. Miller dominated Wiman for three rounds, winning via unanimous decision (30-27, 30-27, 30-26). 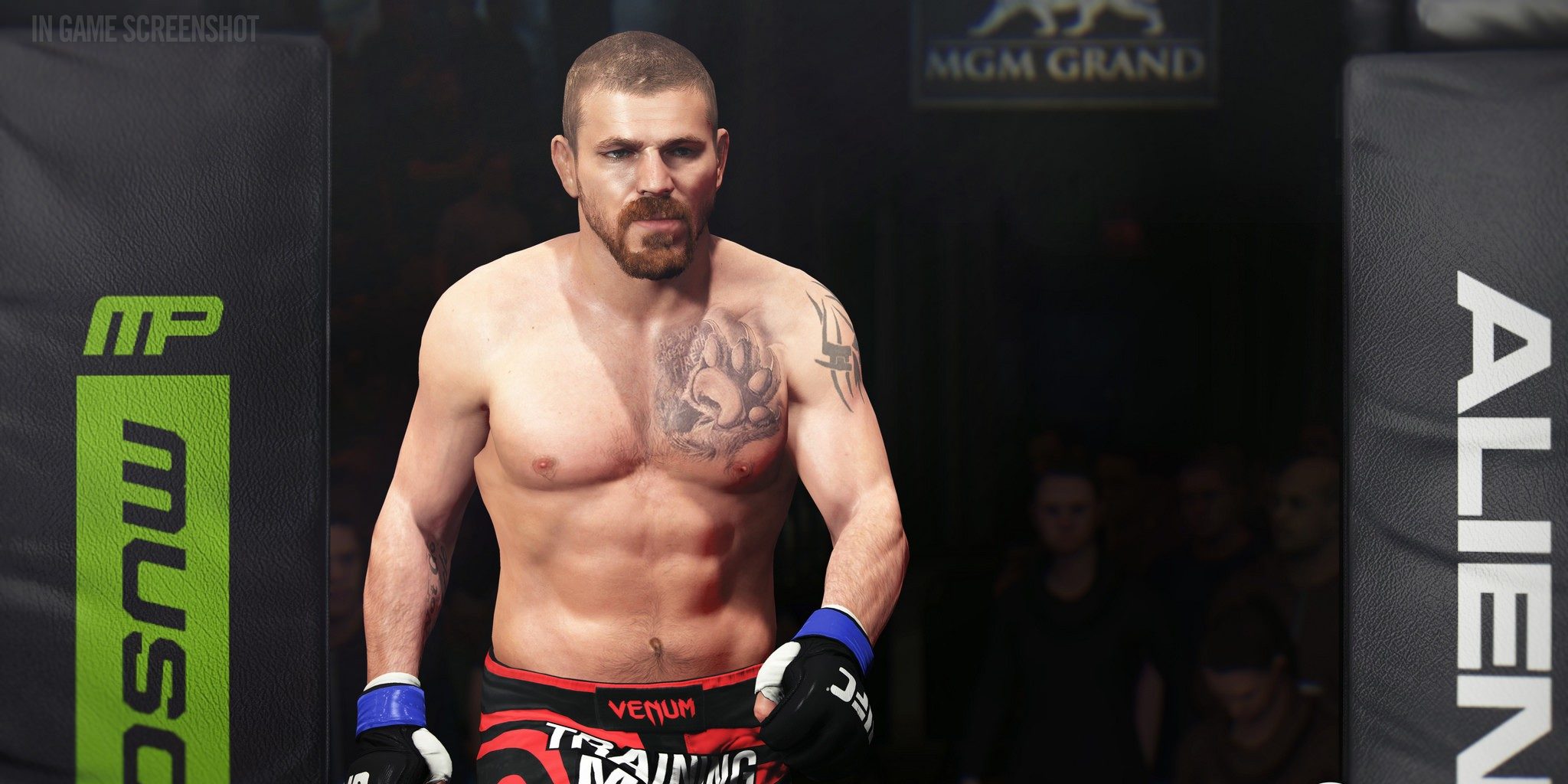 He then faced Steve Lopez in September 2009 at UFC 103. Both fighters exchanged competitively on the feet, but Miller won after Lopez injured his shoulder in round two.

Miller faced Duane Ludwig in January 2010 at UFC 108. Miller looked comfortable and sharp on his feet exchanging with the seasoned striker in Ludwig, and scored a knockdown halfway through the round with a fast combination. Miller swarmed to secure an armbar, winning by submission at 2:31 of the first round. 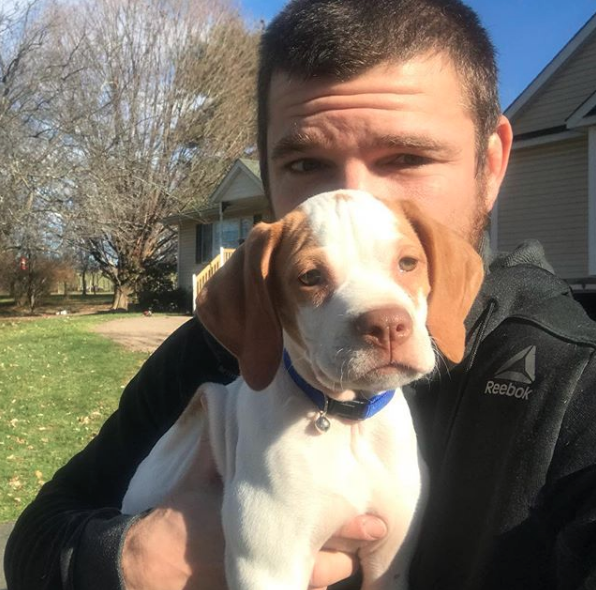 He next faced Mark Bocek in March 2010 at UFC 111. After three closely contested rounds, He was awarded the unanimous decision win. 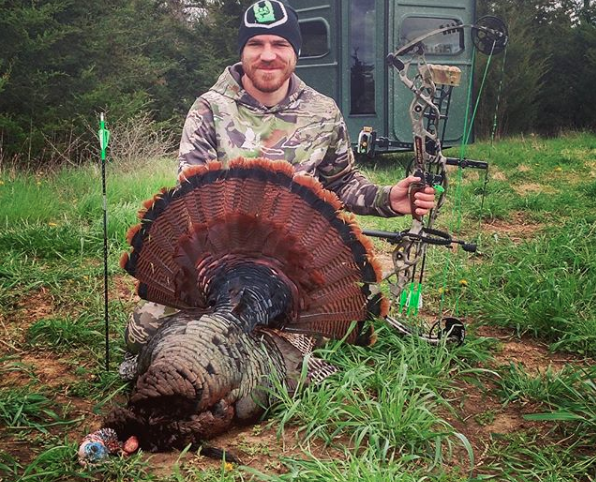 Miller faced highly touted prospect Charles Oliveira in December 2010 at UFC 124 and defeated Oliveira via a first round kneebar to extend his winning streak to six and earning the Submission of the Night bonus.

Miller defeated WEC import, Kamal Shalorus in March  2011 at UFC 128 and won the fight via TKO in the third round, after landing an uppercut and knee to Shalorus’s face.

He next faced Benson Henderson in August 2011 at UFC on Versus 5 and lost the fight via unanimous decision. 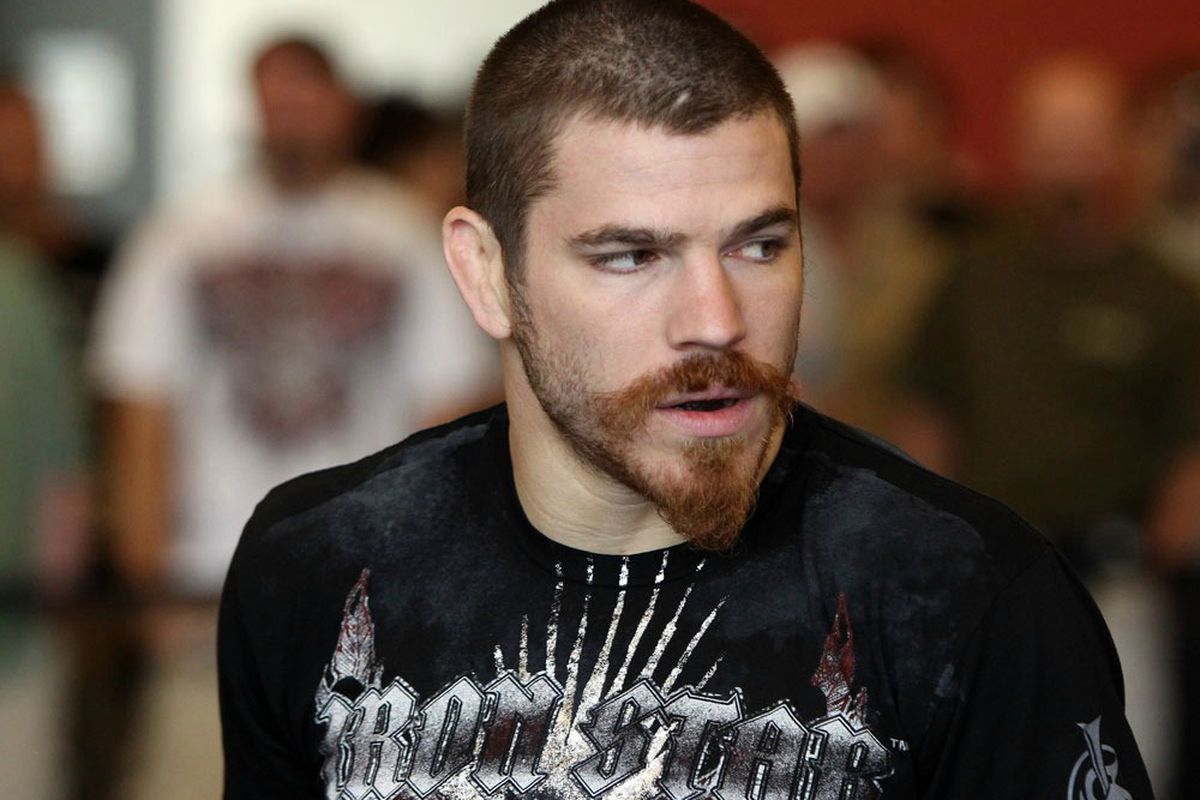 In January 2012 he faced Melvin Guillard at UFC on FX 1. After being rocked early by a knee and punches from Guillard in the first round, Miller was able to get the fight to the ground and submit Guillard with a rear naked choke.

He next faced Nate Diaz in May 2012 in the main event on UFC on Fox: Diaz vs. Miller and lost the fight via submission.

Miller faced Joe Lauzon in December 2012 at UFC 155, replacing an injured Gray Maynard and won the fight via unanimous decision. 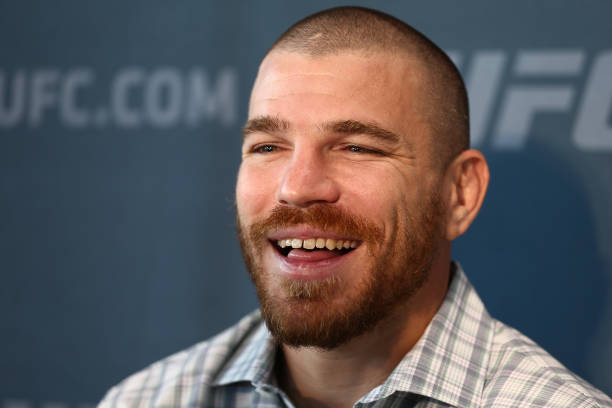 Miller faced Pat Healy on April 27, 2013 at UFC 159 and lost the back-and-forth fight by submission in the third round.

He next fought Fabrício Camões at UFC 168 in Las Vegas, Nevada in December  2013. Miller locked in an armbar for the submission victory at 3:42 of the first round. 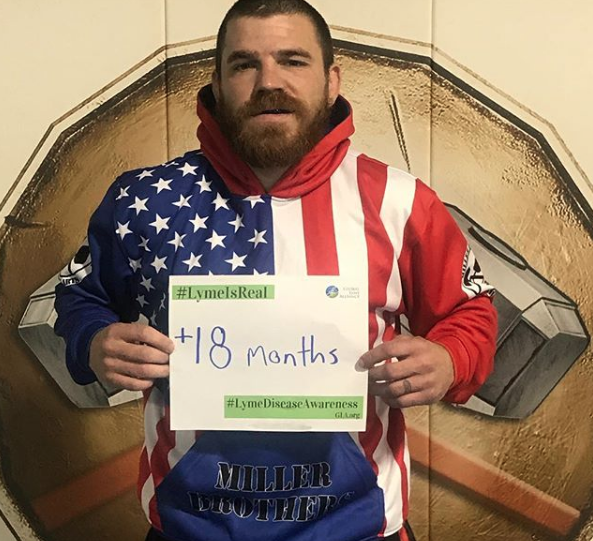 Miller next fought Yancy Medeiros in April 2014 at UFC 172 and won the fight via submission in the first round.

He next faced Donald Cerrone in July 2014 at UFC Fight Night 45 was defeated via second round knockout.

Miller faced Beneil Dariush in April 2015 at UFC on Fox 15 and lost the fight by unanimous decision.

Miller faced Danny Castillo in July 2015 at UFC on Fox 16 and won the fight by split decision.

Miller faced Michael Chiesa in December 2015 at UFC Fight Night 80 and lost the bout via submission. 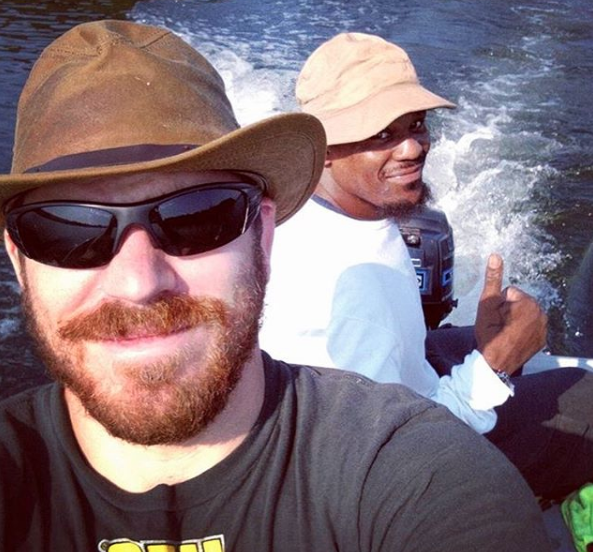 Miller faced Diego Sanchez in March 2016 at UFC 196 and lost the fight by unanimous decision.

Miller next faced Takanori Gomi in July 2016 at UFC 200 and won the fight via TKO in the first round.

After sustaining virtually no damage during his previous fight, Miller was quickly rescheduled to rematch Joe Lauzon in August 2016 at UFC on Fox 21. He won the back-and-forth fight via split decision

Miller next faced Thiago Alves in November 12, 2016 at UFC 205 and won the fight by unanimous decision.

Miller faced Dustin Poirier in February 2017 at UFC 208 and lost the back-and-forth fight by majority decision. 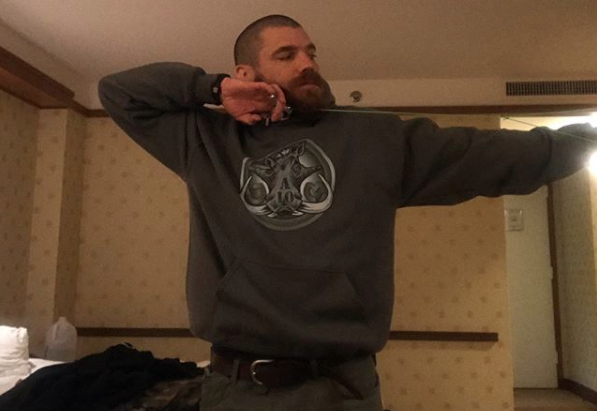 Miller faced Anthony Pettis in July 2017 at UFC 213 and lost the fight by unanimous decision.

He faced Francisco Trinaldo in October 2017 at UFC Fight Night 119 and lost the fight by unanimous decision.

He currently holds a professional record of 28 wins and 11 losses till date.