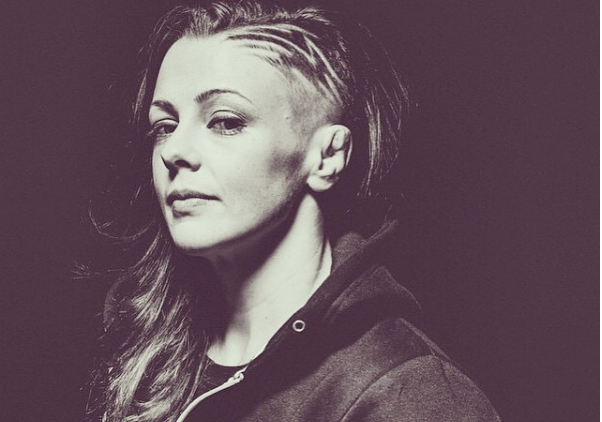 Joanne Calderwood, born on 23 December 1986, is a Scottish professional mixed martial artist and former Muay Thai champion who competes in the Women’s Flyweight division of the Ultimate Fighting Championship . As of July 31, 2017, she is #10 in the official UFC Strawweight rankings.

Calderwood first got started in Muay Thai training by accident. When she was 13, her younger brother was meant to go to a class with his friend who stood him up, so her mother asked her to go along to keep him company. 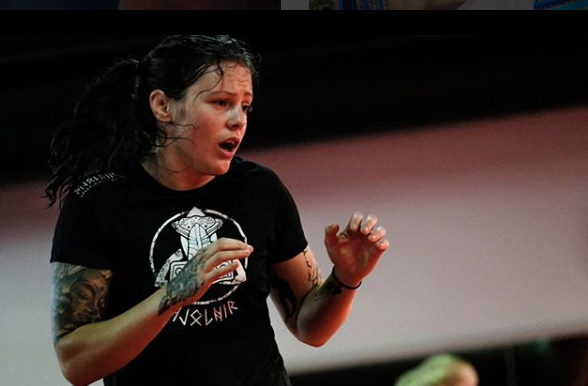 She fell in love with it and begged her mother to allow her to give up competitive swimming to do the two classes each week. This quickly led to doing two sessions a day and spending all of her time training on her own between these sessions.

She worked several jobs growing up, including one after high school that involved her helping children and people who were on ventilation machines, monitoring them in the hospital and assisting them when needed. But those were 12-hour shifts, which drained energy and made training difficult. 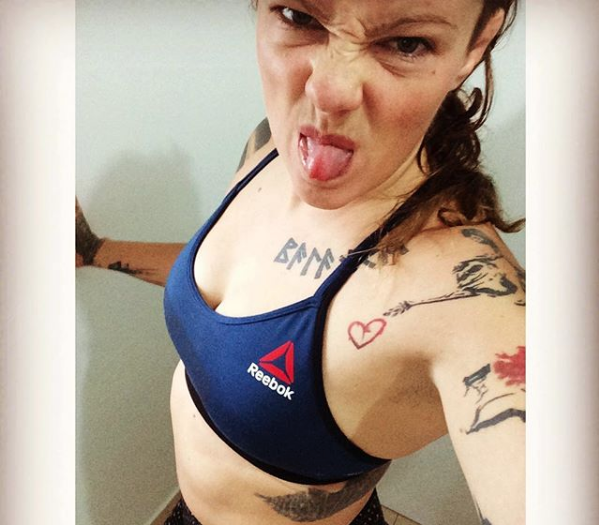 She eventually found another gym, left that job to work at the gym and made a significant commitment to her training. 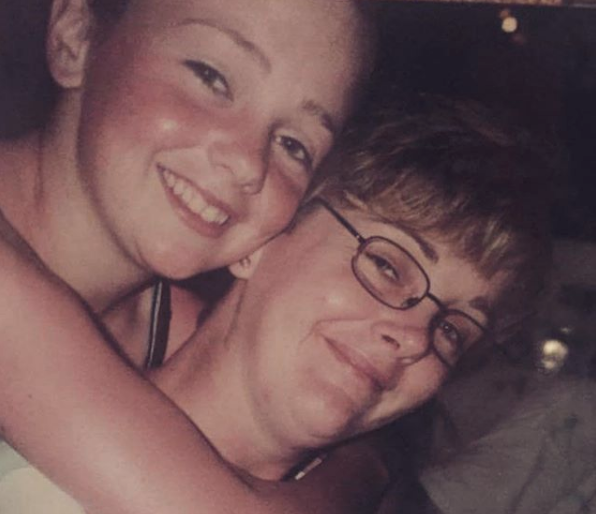 Calderwood is Scotland’s first professional female mixed martial artist. She won her debut bout against Noellie Molina via TKO from punches in the first round.

She next fought at India’s Super Fight League’s third event, SFL 3, against Lena Ovchynnikova and won the fight via unanimous decision.

Calderwood then competed at On Top 5, defeating Ainara Mota via TKO from punches. 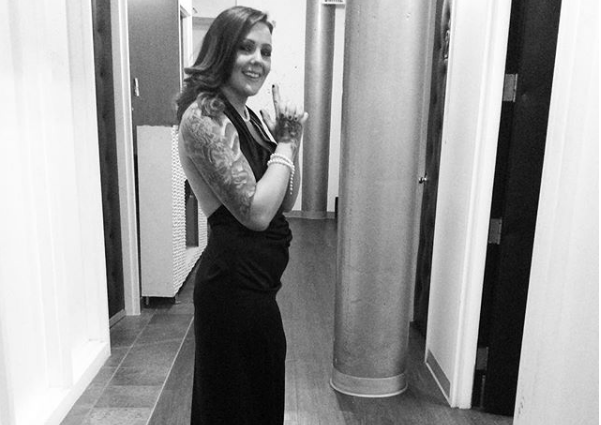 She next competed at Invicta Fighting Championships’ third event, Invicta FC 3: Penne vs. Sugiyama, against Ashley Cummins in October 2012 and won the fight via knockout. She was awarded a Knockout of the Night bonus for the victory.

Calderwood faced Livia von Plettenberg  at Invicta FC 4: Esparza vs. Hyatt in January 2013 in Kansas City and won the fight via unanimous decision. This was Calderwood’s debut on the main card of an Invicta FC event. 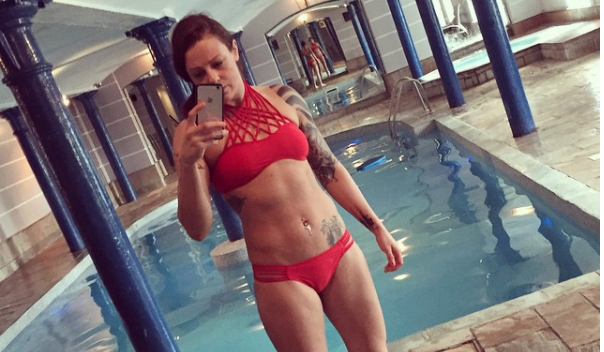 In December 2013, Calderwood faced Katja Kankaanpää at Invicta FC 7: Honchak vs. Smith and won the fight via unanimous decision.

In December 2013, it was announced that Calderwood was signed by the UFC along with ten other strawweight fighters to compete on season 20 of The Ultimate Fighter, which will crown the first ever UFC women’s strawweight champion. She defeated Emily Kagan by majority decision after two rounds to advance to the quarterfinals. She was defeated by Rose Namajunas in the quarterfinals via kimura in the second round. Despite her loss in this semifinal round fight, Calderwood was awarded a $25,000 Fight of the Season bonus for this bout. 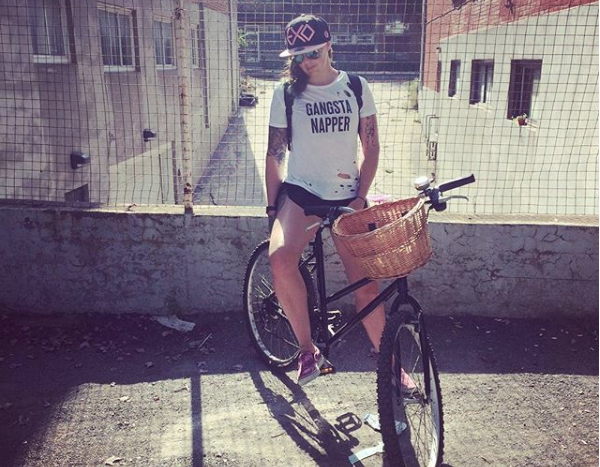 Calderwood faced promotional newcomer Maryna Moroz in April 2015 at UFC Fight Night 64 and lost the fight as she was quickly submitted via armbar in the first round.

Calderwood’s next fight went against promotional newcomer Cortney Casey at UFC Fight Night 72 in July 2015 and won via unanimous decision. 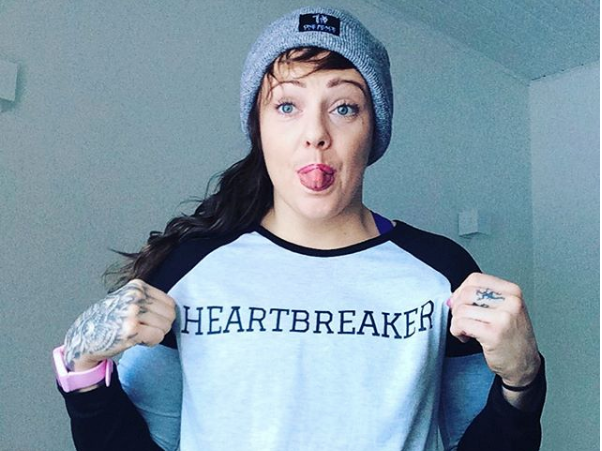 Calderwood next faced Valérie Létourneau at UFC Fight Night: MacDonald vs. Thompson in the first women’s flyweight bout in UFC history. She won the fight via TKO.

Calderwood faced Jéssica Andrade in a strawweight bout in September 2016 at UFC 203 and lost the fight via submission in the first round.[

Calderwood faced Cynthia Calvillo in a strawweight bout in July 2017 at UFC Fight Night 113. She lost the fight via controversial unanimous decision; holding a professional record of 11 wins and 3 losses till now.

Previous articleIndian MMA: Superhuman Gym ties up with Jackson Wink in a huge deal
Next articleUFC: Frankie Edgar’s thoughts on his quick comeback