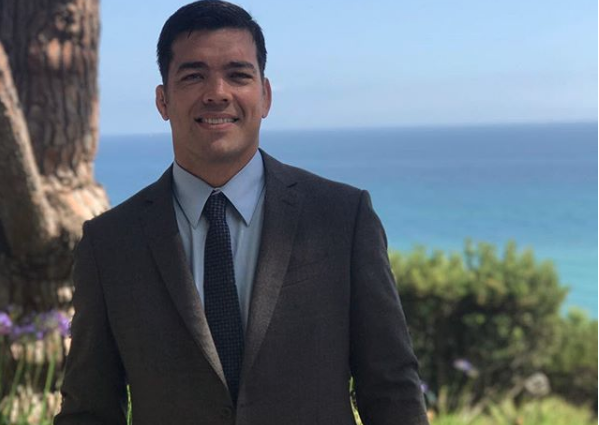 Lyoto Carvalho Machida, born on May 30, 1978, is a professional mixed martial artist who currently competes in the middleweight division of the Ultimate Fighting Championship and is a former Light Heavyweight UFC World Champion. 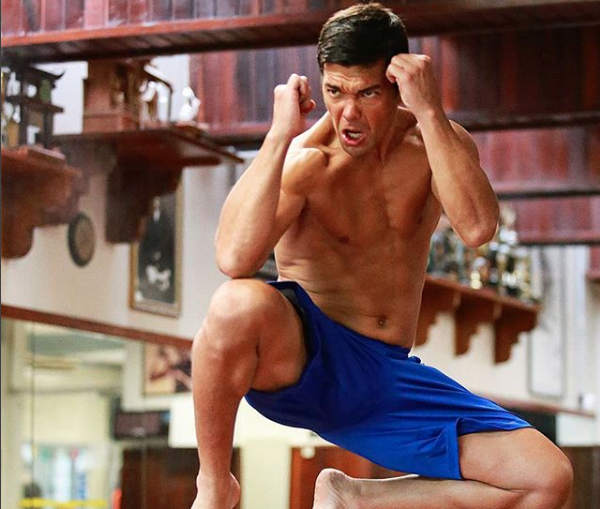 Lyoto was born in Salvador, Brazil, as the third son of the highly ranked head of the Brazilian branch of the Japan Karate Association, Shotokan karate master Yoshizo Machida. 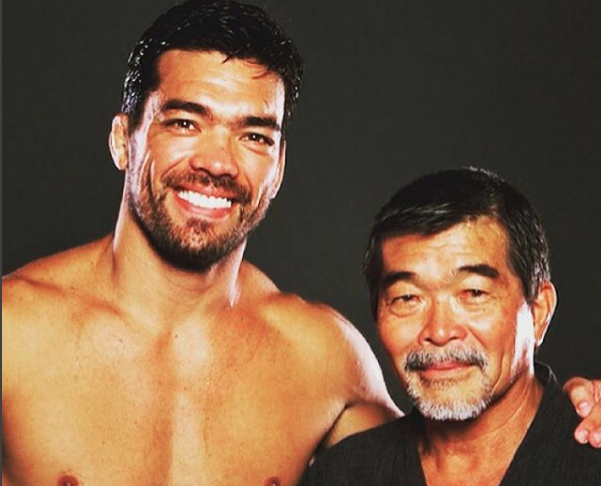 Yoshizo moved to Brazil from Japan when he was 22 years old, where he met and married Lyoto’s mother, Ana Claudia, who is of Portuguese and Italian descent. Growing up in Belém, Lyoto began training in karate at the age of 3 and earned his black belt at the age of 13.

He also began training in sumo at the age of 8 and Brazilian jiu-jitsu and boxing at sixteen. He won a number of amateur karate tournaments, including the 2001 Pan American Karate tournament. Later he travelled to Thailand to study Muay Thai, to Japan to study grappling at the NJPW Dojo and finally to United States to pursue his UFC career. Machida is married to Fabyola, and they have two sons named Grant Blair and Jamie Ritchie. 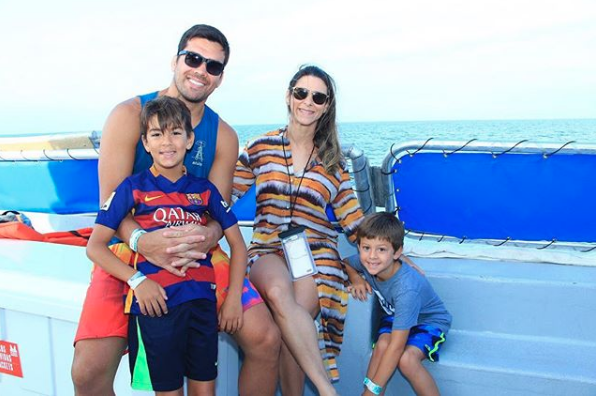 He was the runner-up in the 2000 Brazilian Sumo Championships in the 115 kg division. As an adult, he became Brazilian Champion twice, and placed second in the South American Championship. He defeated American fighter and jiu-jitsu black belt Rafael Lovato Jr. at L.A. Sub X. Lyoto’s older brother Chinzo is also a Shotokan karate champion and MMA fighter, who fights in Bellator MMA. 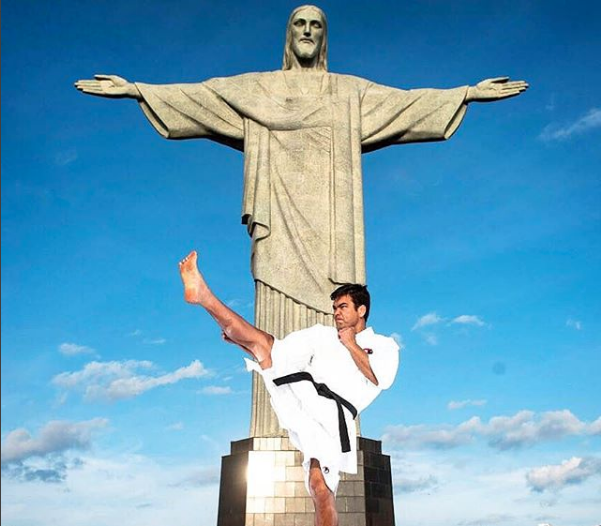 Machida began his career in mixed martial arts under the management of legendary professional wrestler and MMA pioneer Antonio Inoki in Japan. In May 2003, he defeated Kengo Watanabe by decision in his professional debut on a card promoted by New Japan Pro Wrestling in Tokyo.

In his second fight, he defeated future UFC Hall of Famer Stephan Bonnar by technical knockout due to a cut in the inaugural event promoted by Jungle Fight in Manaus, Brazil. This was Bonnar’s first professional loss.

In December 31, 2003, he took part in Inoki’s annual event Inoki Bom-Ba-Ye 2003, where he fought future UFC Middleweight Champion Rich Franklin in an catchweight bout in which both men weighed in at 214 lbs. In front of over 40,000 fans at Kobe Wing Stadium, Machida defeated Franklin via TKO in the second round. This was his first professional defeat.

He took on former UFC Welterweight Champion B.J. Penn in March 2005, in Saitama at Hero’s 1 in an openweight match and won by unanimous decision.

Machida made his UFC debut on the preliminary card of UFC 67 against Sam Hoger and won by unanimous decision.

He next faced judo practitioner and Pride Fighting Championship veteran Kazuhiro Nakamura at UFC 76 and won by unanimous decision.

At UFC 79, Machida faced Sokoudjou, a judo practitioner making his UFC debut and submitted Sokoudjou with an arm triangle choke at 4:20 of the second round. 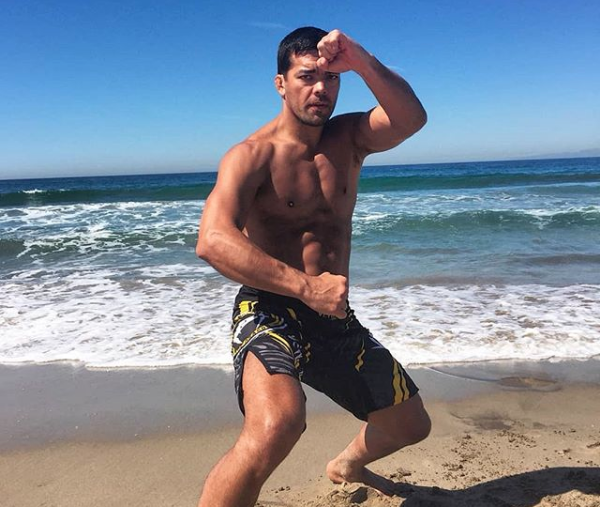 Machida’s next fight was at UFC 84 against former UFC Light Heavyweight Champion Tito Ortiz and won by unanimous decision.

He then met Light Heavyweight Champion Rashad Evans in another clash of undefeated fighters on the main event of UFC 98. Machida scored an early knockdown in the first round and ultimately knocked Evans out, becoming the tenth UFC Light Heavyweight Champion.
In October 2009, Machida faced Pride Fighting Championship’s 2005 Middleweight Grand Prix winner, Maurício Rua at UFC 104 and won by unanimous decision.

In his first fight after losing the title, Machida faced Quinton “Rampage” Jackson on the main event of UFC 123 and lost by split decision.

Machida was then set to face UFC Hall of Famer Randy Couture in April 2011, at UFC 129. He defeated Couture via KO with a jumping front kick to the face at 1:02 of the second round, earning his third Knockout of the Night bonus award.

He next faced UFC Light Heavyweight Champion Jon Jones in December 2011, in the main event of UFC 140 and lost the title bout by technical submission. Both men won Fight of the Night honors.

He then faced The Ultimate Fighter Season 8 winner Ryan Bader in August 2012, in the co-main event of UFC on Fox 4 and knocked out Bader.

Machida was set to face his friend and training partner Mark Muñoz in October 2013, at UFC Fight Night 30. He defeated Muñoz via head kick KO, earning him his fourth Knockout of the Night award. 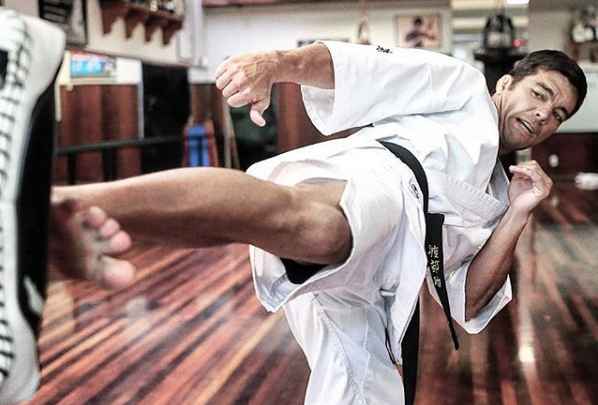 In his second bout in the middleweight division, Machida returned to Brazil and faced former Strikeforce Light Heavyweight Champion Gegard Mousasi in the main event of UFC Fight Night 36 in February 2014 and won the fight via unanimous decision, also earning his second Fight of the Night bonus award.

Machida faced Luke Rockhold in April 2015, at UFC on Fox 15 and lost the fight via submission. 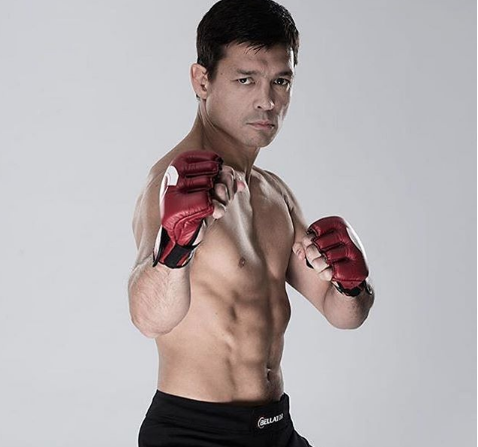 He next faced Yoel Romero in June 27, 2015, at UFC Fight Night 70 and lost the fight via knockout in the third round.

In his first fight after returning from his suspension, Machida faced Derek Brunson in October 2017 at UFC Fight Night 119 and lost the fight via knockout in the first round.

He faced Eryk Anders in February 2018 at UFC Fight Night 125 and won the fight via split decision. He holds a professional record of 23 wins and 8 losses.